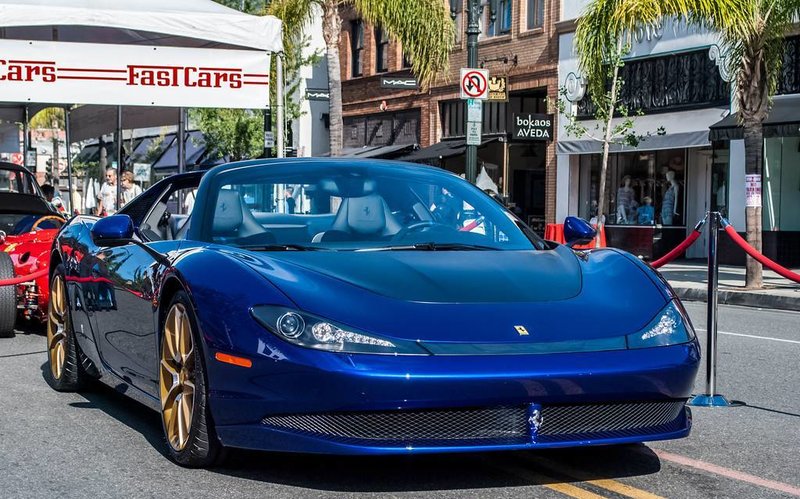 One of just six production-spec Ferrari Sergios is currently on display at the Concorso Ferrari show in California. Finished in blue, this is only the second example we’ve seen after the first car was revealed late last year.

Nobody can quite guess what shade of blue this Sergio has been painted in but it is all flawlessly combined with a set of stunning gold wheels in addition to a black front grille and a matte black segment of the bonnet. The eye-catching decklid is also finished in matte black.

In comparison to the original concept, this road-legal Ferrari Sergio for Pininfarina features a windscreen, a higher nose to pass pedestrian protection regulations, as well as ordinary doors. The headlights and taillights are brand new for the production car as well as a modified version of the decklid that was featured on the concept.

The Sergio is based around the Ferrari 458 Spider body but features the more powerful engine from the 458 Speciale A. This engine displaces 4.5-litres from its eight cylinders and viciously pumps out 597 hp which is enough to send the special Sergio model to 100 km/h in an unbelievable three seconds. 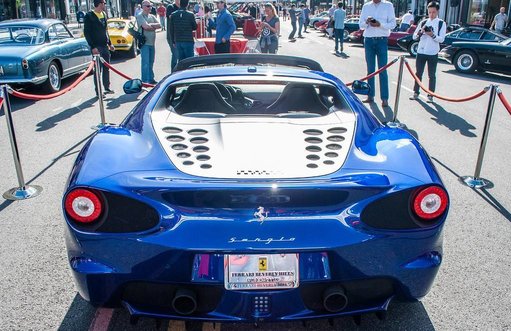 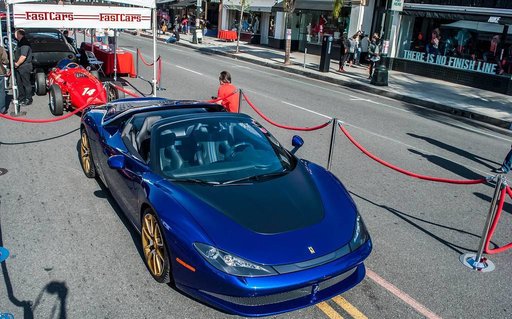