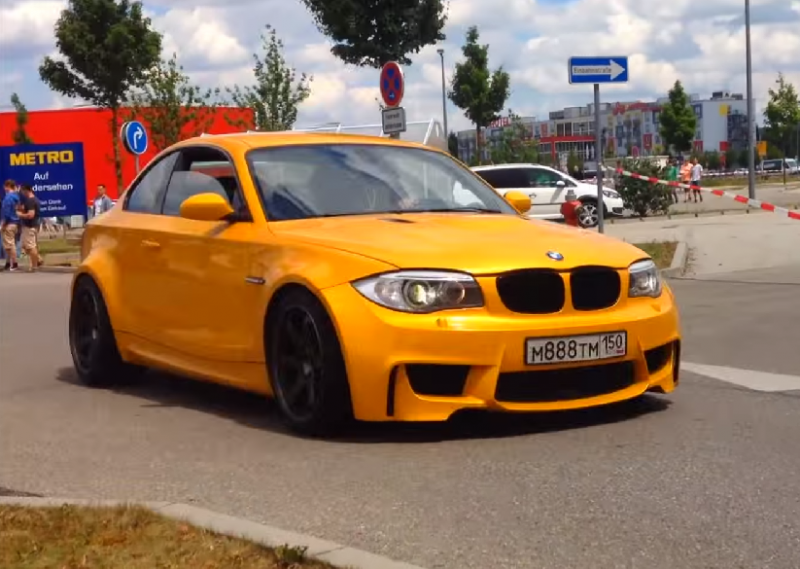 It has always been said that big things come in small packages, and BMW has been a firm believer in this mantra for many years. However, in today’s day and age, with the V8 on the wane, the explosive, V8-laden compact executive car is a dying breed. With V8 power being replaced by twin-turbo V6s, even BMW is turning away from the prolific combination of ‘small car, big engine.’ Most probably aren’t even noticing, due to the fact that a properly tuned, twin-turbo V6 can produce equivalent or greater power than the naturally aspirated V8s of the days of old.

Most of the aforementioned applies to the BMW 3-Series, which used to come available with a V8 but now sports a V6. The owners of the relatively new 1-Series have ever only known the four cylinder engine under the hood. However, one owner decided that wasn’t enough. He decided to ditch the conventional four cylinder for  a full fledged V8 of the M3 variety. After the 4.0 liter, BMW V8 was mounted, this 1-Series produced in the neighborhood of 414 horsepower, perhaps more with tuning. However, do consider that, even though it’s the small fish in BMW’s lineup, the 1-Series is no small car by any objective standard, with a curb weight of approximately 3,200 lbs.