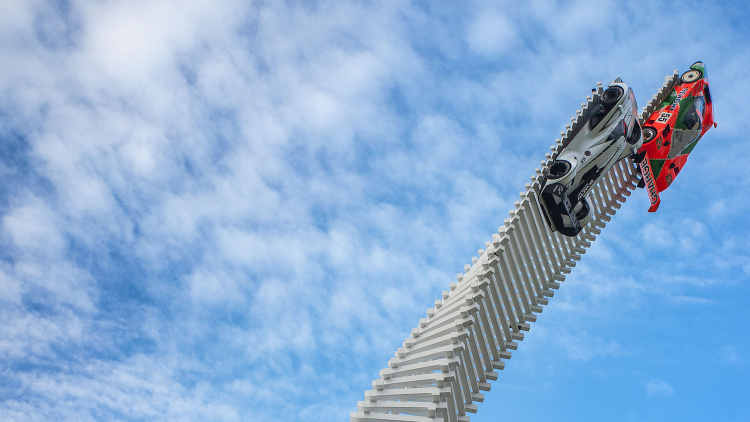 With the Goodwood Festival of Speed giving us some of the most enticing cars coming on the scene this year, as well as many timeless classics, perhaps one of the most eye-grabbing attractions isn’t actually a drive-able car itself.

This 131 foot sculpture was designed by artist Gary Judah, and it serves as part of a special attraction the festival has every year to feature one brand’s heritage on some form of artistic creation. Past brands to have had this honor include Jaguar, Porsche, Audi, and Alfa Romeo.

At the top of the statue are featured the Mazda 787B, which won the 24 Hours of Le Mans in 1991, alongside the Mazda LM55 Gran Turismo Vision Concept. The 787B is the only Japanese car to ever win the iconic race, and the car featured a 2.6 liter naturally aspirated 4 rotor Wankel engine.

The sculpture features over 400 beams using 132 tons of steel in its construction. 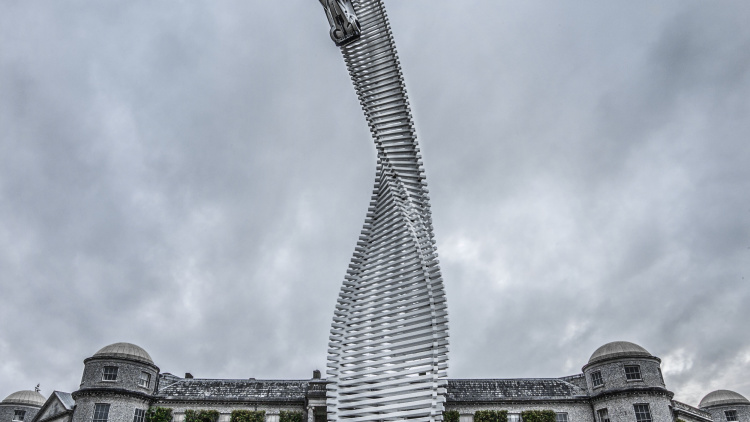