Jordan Ives won his first race at age four. Twelve years later, the Gladstone, Mich., high school student has landed what might be the biggest victory of his career: the $50,000 grand-prize sponsorship in the “Search for a Champion” contest from Federal-Mogul’s Champion Spark Plug brand. Ives was one of 15 finalists from among nearly 400 grassroots racers who submitted videos describing how a Champion sponsorship would help them dominate the competition in 2014. More than 243,000 members of the “Performance Driven” Champion online community cast votes in the contest.

“This is an unbelievable thrill – Champion is one of the racing world’s truly great brands, and being able to display their classic bow tie logo on our car will be an honor for our team,” Ives said. “Search for a Champion has generated a ton of excitement among the grassroots racing community, which includes thousands of drivers like me who are looking for a way to get to the next level.”

Reaching the next level has never been a challenge for Ives, who won his first “official” race on a Big Wheel trike at Norway (Mich.) Speedway at age four. He began racing dirt bikes on ice the next year and graduated to junior sprint car competition – winning all but one race – at 11. It was at that point that his parents, Angela and Steve Ives, realized Jordan had the makings of a champion. His family tree has helped as well: Steve Ives is a former Super Late Model driver and Jordan’s grandfather, Roger, was a driver and team owner.

“Anyone who watched Jordan’s video could see that he has the talent and commitment to be successful at any level of racing and his accomplishments back that up,” said Jessica Wynn, global digital marketing manager, Federal-Mogul Vehicle Components segment. “Our voters really responded to his story, and we are proud to provide the support he needs to take on new challenges in 2014.”

Ives won eight Late Model races and was Norway Speedway’s “Rookie of the Year” in 2012. He was selected “Most Improved Driver” after finishing in the top 10 in points in Super Late Model competition in 2013. He plans to campaign his 2012 Chevrolet Monte Carlo Super Late Model car throughout the midwestern U.S. this year.

In addition to the grand-prize sponsorship, Federal-Mogul also awarded $5,000 sponsorships to each of the 15 finalists, for a total of $125,000 in grassroots support from the Champion brand. 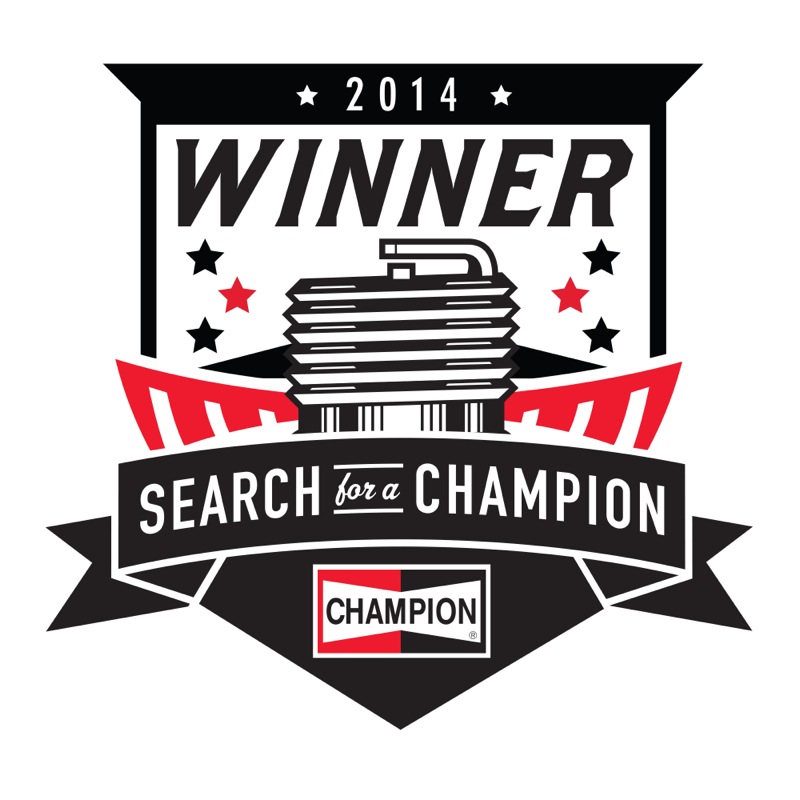 To learn more about Ives and to follow the success of his Champion-powered car, visit www.jordanivesracing.com.

For more information regarding “Performance Driven” Champion spark plugs, wipers and chemical additives, as well as the Search for a Champion contest, please visit www.AlwaysaChampion.com.