Tom Griffith, of Verona, Wis., has an uncontrollable urge to own cool cars. In all, over the last 22 years, 35 classic cars have had Griffith’s name on the title. His 1931 BMW is a Type Ihle 600 Speedster model. (Ihle can be pronounced EE-Lee or EE-Lay). The speedster is based on the small BMW Dixi, which is known as “Der Kleinwagen” or “small car” in German. Ihle made 600, 800 and 900 models. In addition to the Speedster, there was a Sportwagen body style. The Speedster bodies were made of lightweight aluminum and created for racing use.

Griffith found the car while surfing a European classic car website. He was checking out two websites – www.prewarcars.com and www.classiccarsforsale.co.uk – where marques are listed in alphabetical order. He of course started looking under “A” and when “B” came next, the BMW popped up first. The seller was in Holland and Griffith immediately dialed the phone number.

It turned out that the car ad had been posted on the website less than an hour earlier. The price was set and Griffith met it to the penny. He says it was not cheap, but the car was one of a half dozen still around and he wanted it. 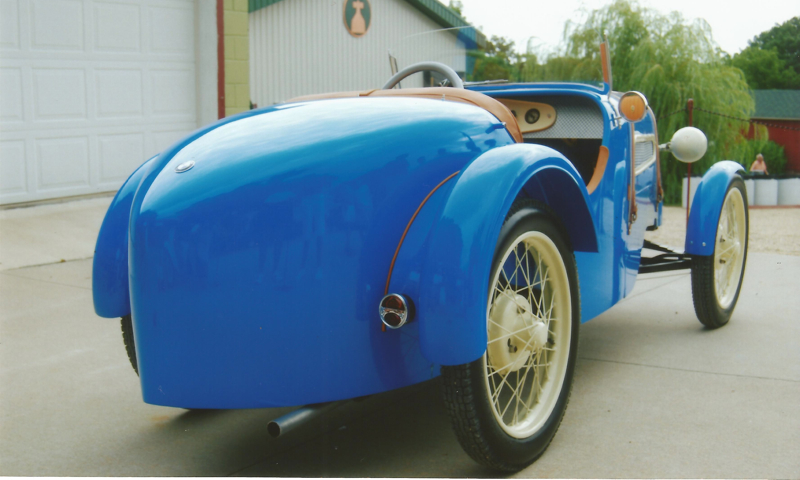 The Dixi chassis is only 10 ft. long and uses a tiny four-cylinder 15-hp engine that gives the car a top speed of 50 mph. The engine is linked to a three-speed manual gearbox. Fuel is carried to the motor via gravity feed. A six-volt electrical system is employed. The car has cable-operated brakes. For tires, Tom uses 3-1/2-in. motorcycle sidecar tires on original 36-spoke BMW Dixie wheels.

Nothing is known of the car’s original owners. It started out as a Dixi Limousine (the term used for sedan in Germany). Ihle Karosserie — a builder of sports car and custom bodies — removed the original coachwork and installed the Speedster body. Tom does know that the car was stored in Germany during World War II and was bombed by American planes while in storage. It sat in a warehouse for decades, until it was found in the 1990s. It then underwent its first restoration and wound up in Amsterdam, Holland.

When Tom purchased the car from its Dutch owner, it had what hobbyists call an “older restoration,” but it was in good mechanical order. He says it had been painted a hideous shade of Baby Blue with chrome wheels. Because it was so small, Tom had to have a special crate built for the car in Amsterdam, before having it flown to Chicago.

Griffith also had to hire international shipping brokers in both Europe and the United States. The European broker released the car and the American broker accepted the car. The U.S. Customs Department held the vehicle for three weeks because no one could read the Dutch title. “The entire experience was very frustrating,” says Griffith, who encountered $15,000 in cost.

Griffith employed Keith Van Egdom, of Dodgeville, Wis., to carry out a nine-month restoration of the BMW. Tom personally handled some of the chassis and engine detailing.

Both the BMW company and the European Dixi Auto Club were of great assistance in the project. Such sources supplied the correct side view mirrors, the taillights, a leather fan belt, leather hood straps, BMW badges, NOS spark plugs, a distributor cap, a spark plug wire set and a data plate. BMW was concerned about the correctness of the restoration and helped with other parts as well. 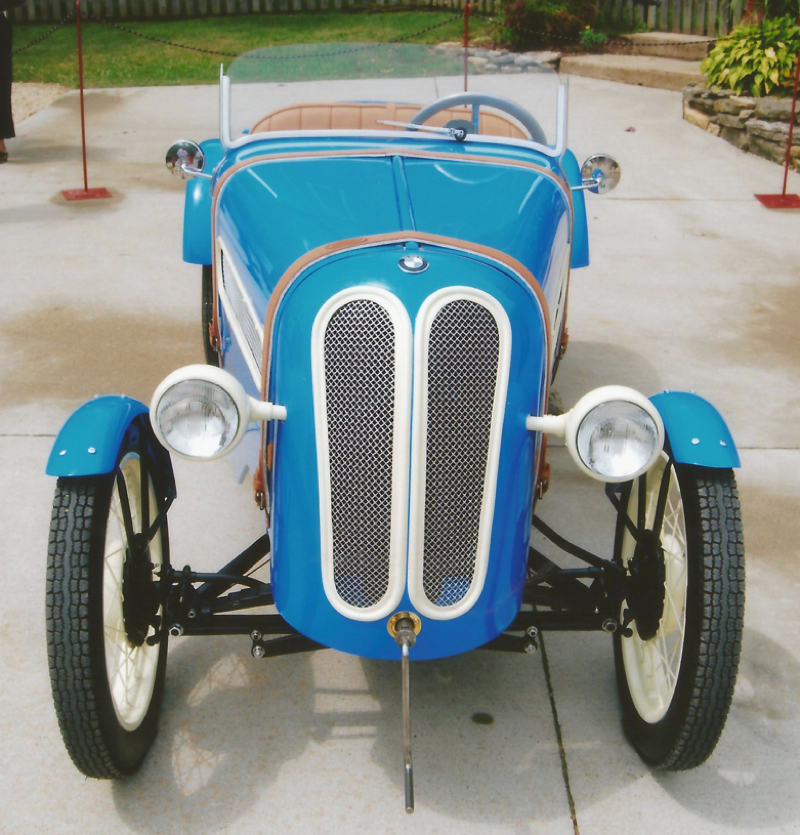 It is thought that all BMW 600s were originally painted red. However, of the six cars known to survive; only one is red. All the others are different colors. Tom had his restored in bright Bugatti Blue. However, he had originally considered Dark Blue with Red wheels and had Photoshop images made that way.

Griffith says the Ihle 600 Sport has just enough room for him and one bag of groceries. When he made a “test run” to the supermarket to determine this, a crowd of dozens of people eyeballed the car.

Tom already has two fairly rare pre-war cars, but his uncontrollable urges aren’t satisfied, of course. He says he would like to own a Lagonda, an Alvis, a Delahaye, a Duesenberg, a Delage, a Vauxhall and a SS-100 (the predecessor of the Jaguar). But until then, his BMW Ihle 600 Speedster will surely suffice.