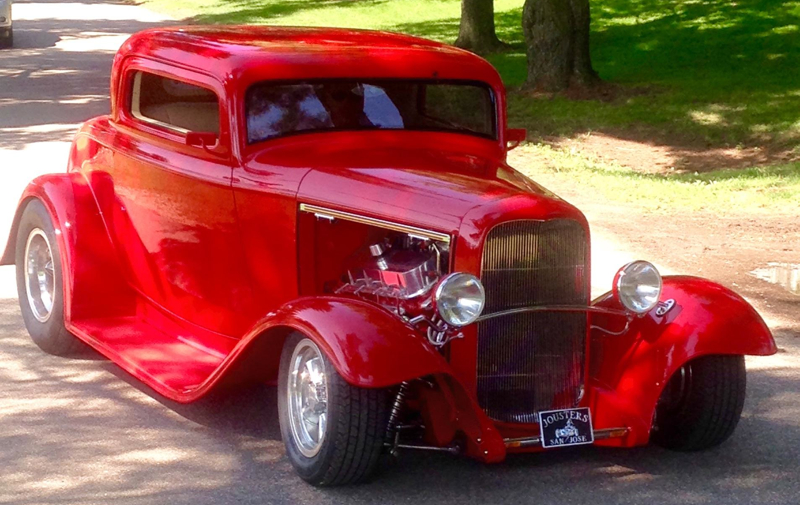 This 1932 Ford started in renovation at the hands of a couple guys in the mid ’90s who had high hopes, but quickly ran out of cash. A friend of Dave Sutton’s found it and was telling him about the car. Sutton, who is a sales manager for Sterling Bearing/Engine Pro and a contributor to Engine Builder magazine, had mentioned it to his dad, Larry, and the next thing he knew, his dad was dragging the car home. It was a roller, all suspension, wheels and tires, engine, trans and body mounted. However, tons of work and money were still needed to finish off the renovation.

The car was built by Roy Brizio, Brizio Street Rods in South San Francisco. Larry decided his dream was for the car to be Rosso Corsa, Ferrari red. Keeping with the idea behind the first name, he just choose to call the ’32 “RATFORD”. The car was finished just in time to win a second place trophy at the 50th Grand National Roadster show in South San Fransisco. Four months later it was involved in a wreck on a California freeway. It was rear-ended and pushed into the car ahead. It became a Ford sandwich, but as a testament to the quality of parts and the people who built it, not a drop of fluids hit the pavement. But the car was hurt bad.

After more than $50,000 of insurance money and a lot more Larry Sutton decided to put into it, Brizio’s rebuilt it. They were done again just in time for the 2002 Grand National Roadster show, and this time he brought home a first place trophy. It won first place again that year in Sacramento. Also, in August of that year at the Goodguys event in Pleasanton, Ca., the car was photographed for the Jan 2003 issue of Street Rod Builder magazine.

“That was one of the greatest days of his life for him,” Sutton says about his dad Larry. “He had been a motorhead since a very young age. His first car was a ’40 Merc custom, than a ’29 on Duece rails with a pumped flatty. He had an early hemi powered car and a couple Pontiacs, but always dreamed of a Deuce. So it was no surprise that’s what he built once he decided to retire.”

The Ford features an Outlaw body, Brizio chassis with a nine inch with coilovers and a four-link out back and a Heidt’s independent front end. Vette brakes do the stopping and a 425hp LS6 454 Chevy supplies the “go”. Billet, chrome and polished stainless hold it all together. The interior was stitched by Sid Chaver, sounds by Sony and the Vintage Air keeps it cool. The polished Torque Thrusters are wrapped in “Big’n Little” BFG TAs. The best of the best was used at the time of this build. 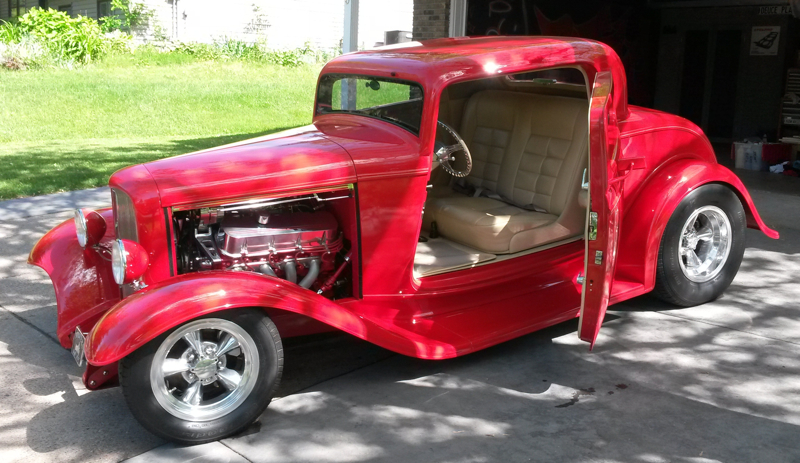 Larry Sutton passed away in March 2008. That July Dave and his oldest son made the road trip together from California to Minnesota pulling the ’32 behind a U-haul full of tools and spares from the garage. Today, Dave continues to drive the car as much as possible. His three sons and Dave himself enjoy driving it, cleaning and tinkering with it and talking about their grandfather. The arguments fly as to who will be next to inherit “RATFORD”. 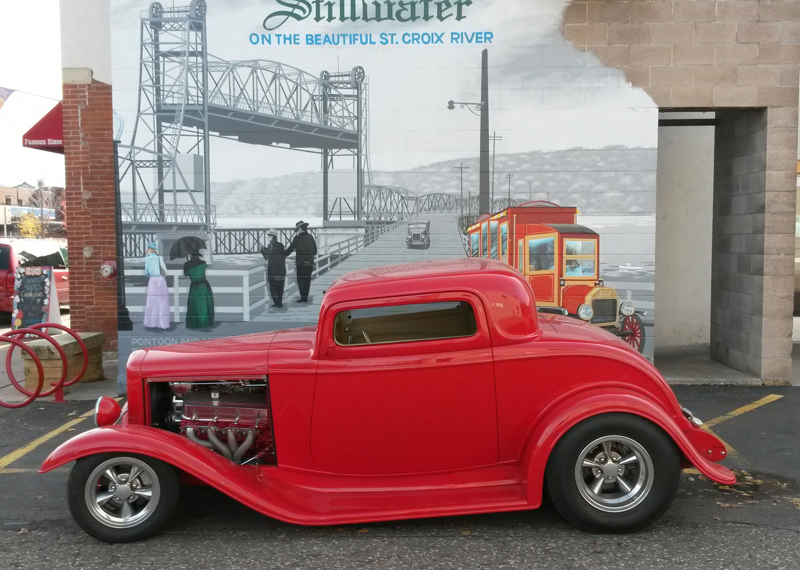