In 1949, this beautiful Nankeen Cream Oldsmobile Futuramic 98 Convertible Coupe chauffeured Miss Patti Grubbs—the 1948 Miss Indiana—to the various official functions held in conjunction with the Indianapolis 500 race. She also rode in the car during the parade lap on the day of the race. The Oldsmobile Futuramic 88 was the Pace Car for the Indy 500 that year. 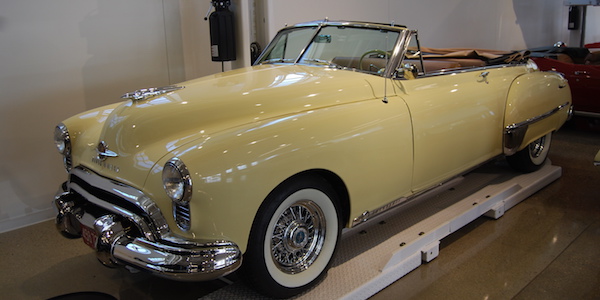 Mr. Evert Johnson’s daughter Virginia saw this 98 at many of the 500 functions and told her father how wonderful it would be to have the car. Evert purchased the car as a birthday surprise for Virginia. It was presented to her during a surprise party for her 17th birthday. 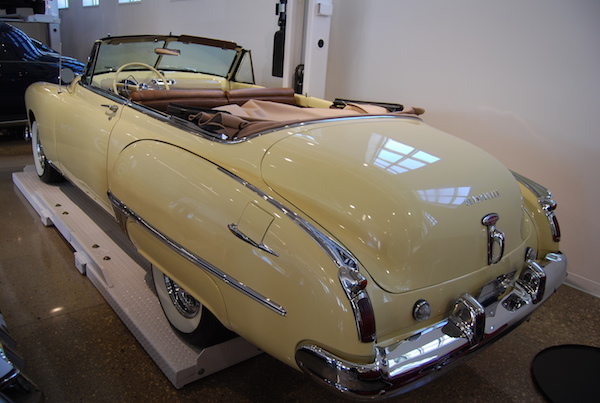 Virginia loved this car and drove it until 2009, when she passed away. At that point, the 42,000-mile car was willed to her son Evert Hauser. He kept the Oldsmobile convertible until 2015, after which it was sold to a dealer in Tennessee. William “Red” Lewis of De Pere, WI acquired this car in September 2015 for his collection. He then presented it to The Automobile Gallery, which he founded in the city of Green Bay. Almost immediately, his restoration experts began a total body-off-frame overhaul of the car. 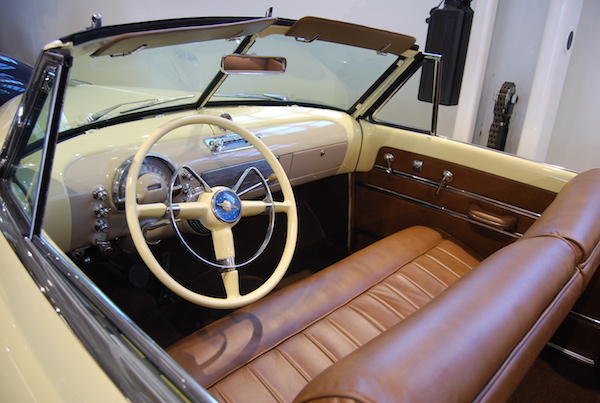 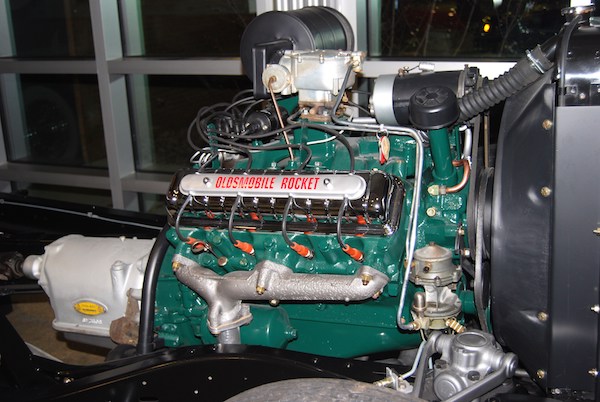 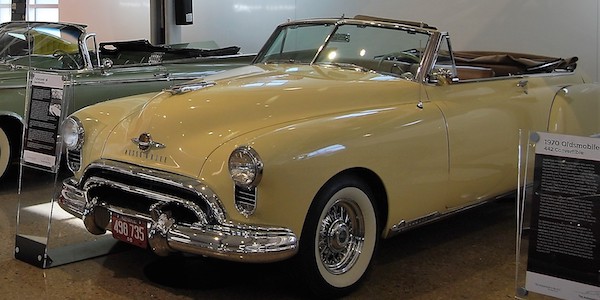 During the restoration of this car, The Automobile Gallery displayed the Oldsmobile’s frame and drive train, while the rest of the restoration work was carried out. This 1949 Olds has a marvelous, every nut-and-bolt restoration and an interesting history as a former Indy 500 Official Car and parade vehicle. The car is flawless in appearance and operation. It is worth about $85,000.