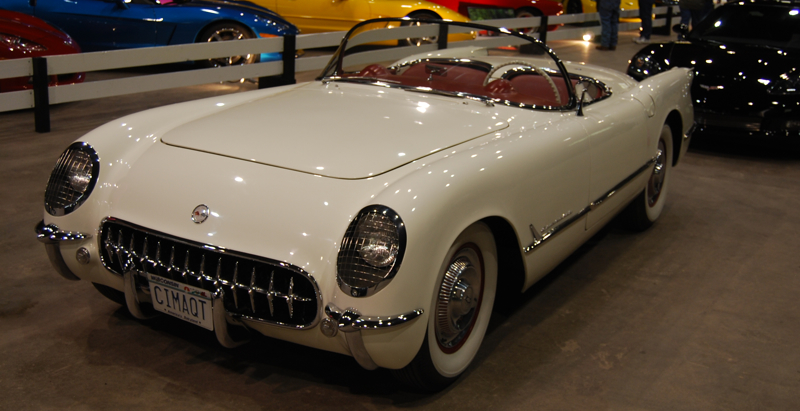 William “Red” Lewis of DePere, WI, is responsible for reviving the automobile heritage of downtown Green Bay, WI, by turning a former Cadillac dealership into an automobile art gallery. The Automobile Gallery (www.theautomobilegallery.org) showcases a variety of cars and naturally, America’s sports car—the Corvette—plays a role. His collection features a 1954 model.

The Gen 1 Corvette was marketed from 1953-1955 and sales were modest. The 1953-1954 editions are six-cylinder models and the only six-cylinder Corvettes ever made in regular production. They had an innovative fiberglass body, a chrome-framed grille with 13 vertical chrome bars, rounded front fenders, recessed headlights with wire screen covers, no side windows or outside door handles, a wraparound windshield and protruding, fender-integrated taillights.

Corvette interiors featured a floor-mounted shifter for the Powerglide two-speed automatic transmission and oil pressure, battery, water temperature and fuel gauges, plus a tachometer and clock.

Early Corvettes were hand-built cars and a lot of minor changes were made during production. The Polo White exterior with Sportsman Red interior was the early Corvette’s signature color scheme. Short exhaust extensions were used on early 1954 Corvettes since they were prone to drawing exhaust fumes into the car through the vent windows. A black oilcloth window storage bag was used to protect the removable plastic side windows when stowed in the trunk. 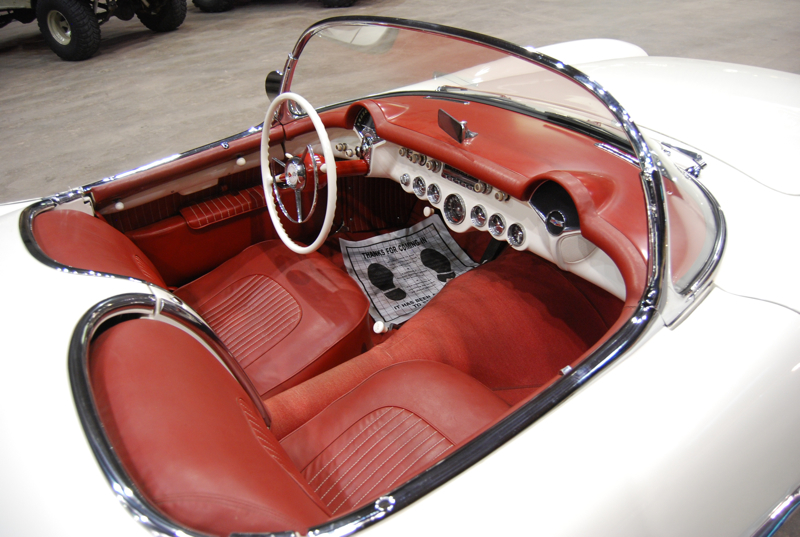 For all practical purposes the 1953 and 1954 Corvettes are the same, but in 1954, minor changes were made to the window storage bag, air cleaners, starter and locations of the fuel and brake lines. Unlike the previous year’s model, 1954s were available in Pennant Blue, Sportsman Red and Black, in addition to Polo White. The soft top was now offered in beige.

A new style of valve cover was used. Four bolts that ran through the outside lip held it on, rather than two center studs as in 1953. The valve cover decals were also different and had larger lettering. The optional radio had Conelrad National Defense System icons on its face. In early 1954, the original two-handled hood latch was changed to a single-handle design.

Chevrolet’s familiar “Stovebolt Six” powered the Gen 1 Corvettes. It was an in-line engine with overhead valves and a cast-iron block. The 3.56 x 3.96 in. bore and stroke gave it a displacement of 235.5 cid. It developed: 150 hp @ 4200 rpm. The Corvette’s trademark engine upgrade was a set of three Carter Type YH one-barrel Model 2066S sidedraft carburetors.

Red Lewis’ car features a fine cosmetic condition and has a nice patina that’s important to Corvette collectors. It has the correct two-speed Powerglide transmission. The car is in excellent operating condition. The only options on the car are a set of whitewall tires and an AM radio.