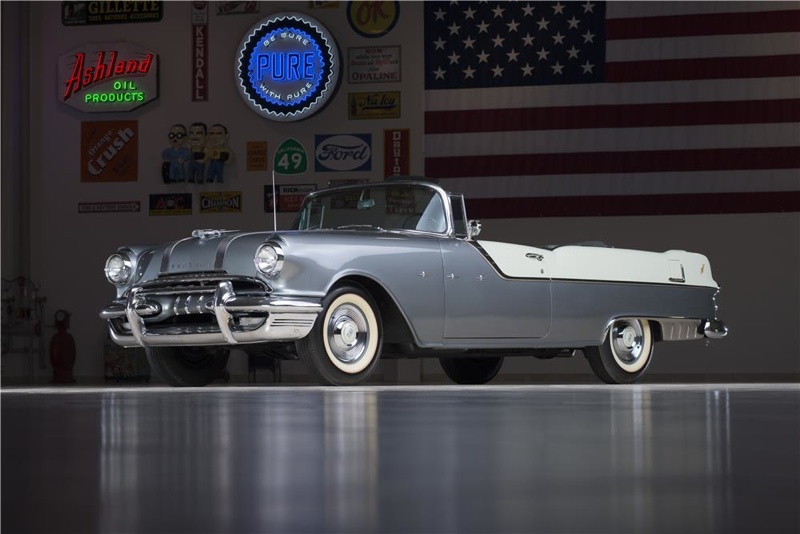 The 1955 Pontiac benefited from more changes than any model since the automaker had first been introduced in 1926, as it had a reported 109 new features and three new bodies. The top-of-the-line Star Chief rode on a frame that was 11 inches longer than other models, and it was powered by one of the best engines ever used in a Pontiac, the 287-cubic inch “Strato Streak” V8. This engine was smaller, more rigid, and better suited for the higher compression ratios that were coming into use after World War II. The Star Chief’s “Strato Streak” could produce 180 horsepower and was capable of propelling the car upwards of 90 mph, which was ideal for the long, modern highways being constructed across the country. 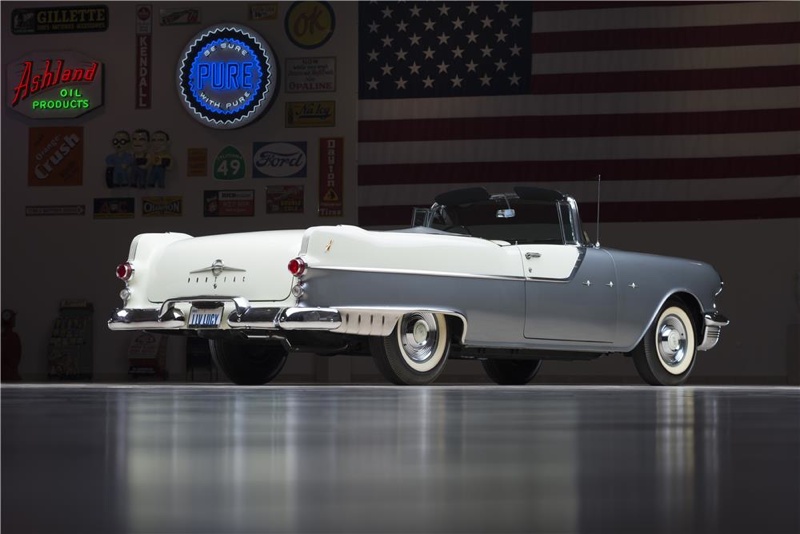 Helping to make the Star Chief Convertible an American icon was its appearance in several episodes of the classic television series “I Love Lucy,” in which one of the cars was driven cross-country by the Ricardos and the Mertzes in their move from New York to Hollywood.

This particular 1955 Star Chief was given away by TV LAND in Hollywood and is the fully restored car that appeared in the 4th season of “I Love Lucy.” This Star Chief has a silver exterior and black interior. In Episode 109, titled “Lucy Learns to Drive,” preparing for their trip west, the Ricardos buy a new car. The 1955 Pontiac convertible seen in this and the following episodes was part of a product placement deal with General Motors. 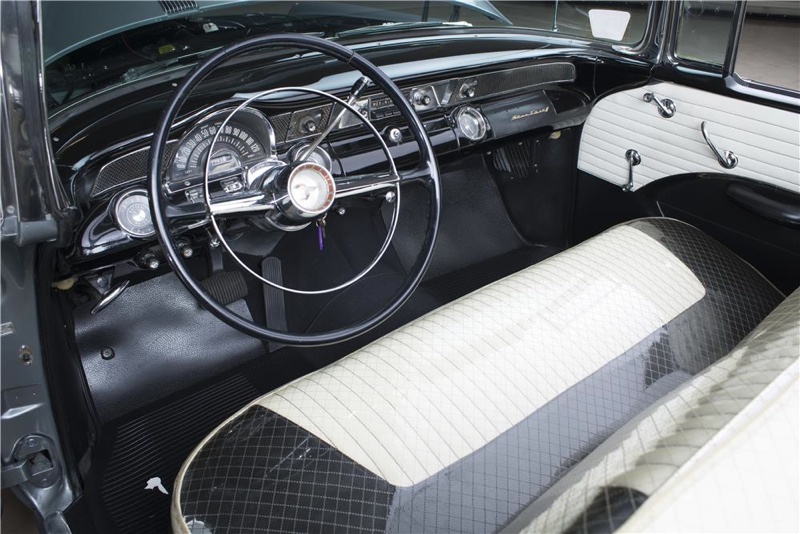 The original price for a Star chief was $2,462 and Pontiac produced 19,762 of them. It was considered one of the finest “cruisers” of its day. 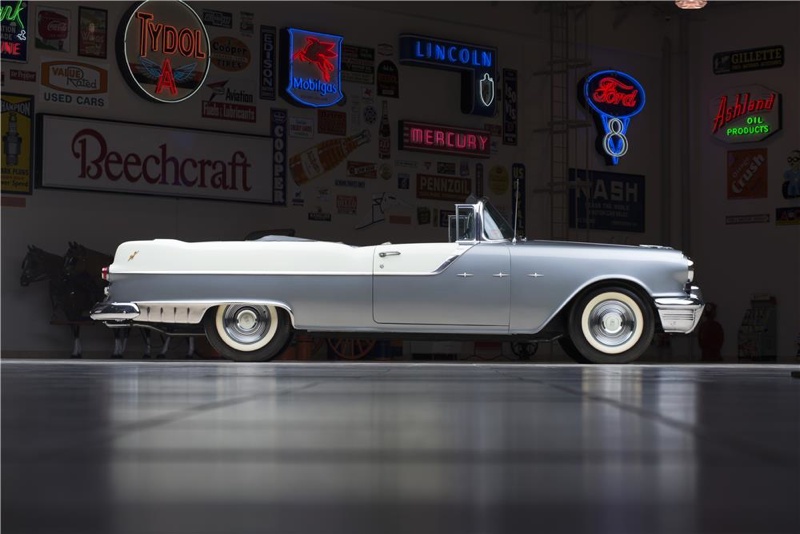