More than a few car collectors hold the fantasy of finding their first car or their favorite car. If they are very lucky, they might find the actual car that they owned, but in most cases, that “blast from the past” is the same year, make and model of that car restored to look like somebody’s long gone “wheels.”

Gary and Bonnie Miller of Wisconsin were able to do exactly that when they found a 1960 Mercury convertible for sale at the Iola Car Show (www.iolaoldcarshow.com) many years ago “I had bought one of these when it was brand new,” Gary explained. “It even had the big V8 like that one had. It was almost the same car except for the color, so we got it repainted white.” 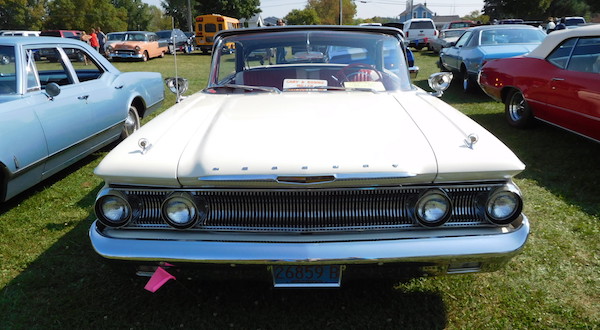 Gary didn’t tell us what he paid for the car at Iola, but one thing is certain, he got a lot for his money. Folks didn’t call full-size Mercs the “Big M” for nothing. Gary’s Monterey ragtop has a 126-inch wheelbase and 194.9 inches (16.25 ft.) of overall length. At 4,161 lbs., it was also the heaviest Monterey body style. 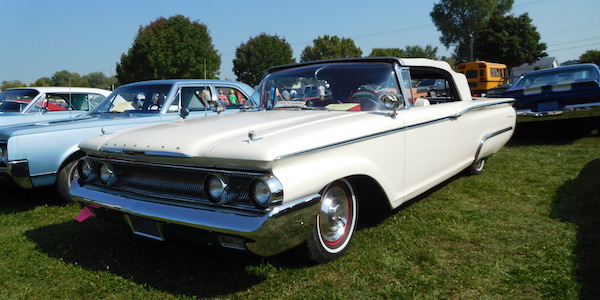 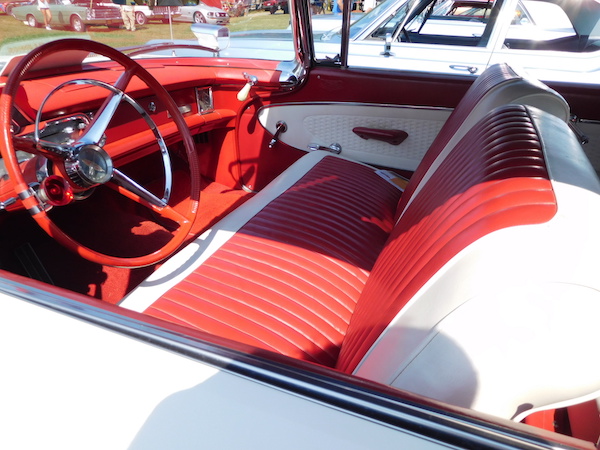 Mercury advertisements of 1960 promised Monterey convertible owners “a choice of luxurious interiors that will make you proud each time you lower the top.” Gary and Bonnie’s car has a red and white pleated vinyl interior. The convertible top, which has an unusual “Breezeway” appearance, is power operated. Which feature Mercury also highlighted in an advertisement that read, “Just the touch of a button tells the world that Mercury offers more for the money.” The Millers know that’s true, because they’ve had two of them. 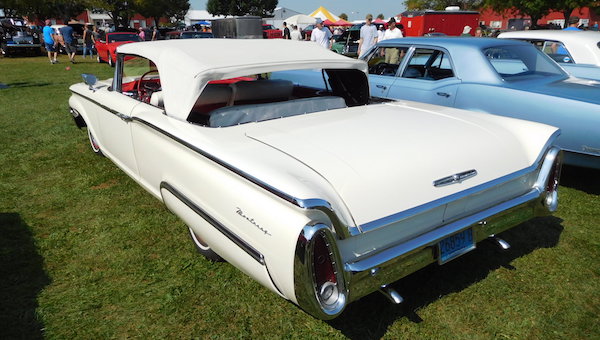