The E-Type has the long hood/short deck proportions of sports cars from the 1920s; the tiny cockpit is tucked in the back and the long hood makes up half the total length. The E-Type is extravagant, streamlined, sensual and flamboyant.

But an XKE is not just about style. Jaguar chassis engineer William Heynes gave the XKE independent front and rear suspension, four-wheel disc brakes (inboard at the rear), a monocoque chassis derived from that on the D-type race car and the triple carburetor, 265hp, 3.8-liter XK inline-6 from the previous XK-150 S.

An early XKE will accelerate 0 to 60 in 6.5 seconds, through the quarter-mile in less than 16 seconds at over 90 mph and top 170 mph, depending on gearing. Six decades on, this is still very quick and fast. Indeed, name another car from 1961 that still looks modern, still looks sexy, is utterly timeless and is considered one of the ultimate cars of the first century of the automobile.

What makes this 1961 Jaguar XKE Roadster so special? Well, XKE production started in March 1961. XKEs built before January 1962 had flat floors, after which the floors were stamped with a depression for more legroom. Even more rare, it was among the first 500 cars built during the spring of 1961 that had louvers welded into the hood and an external latch on each side to hold the sizeable hood closed. Later cars have integral louvers and hidden latches.

Of these 500 early production XKEs with external bonnet latches, welded louvers and flat floors, only 385 were left-hand-drive roadsters. This very early, very rare XKE open two-seater is Number 169 out of those 385, and still carries its original 3.8-liter engine, transmission and bodywork. 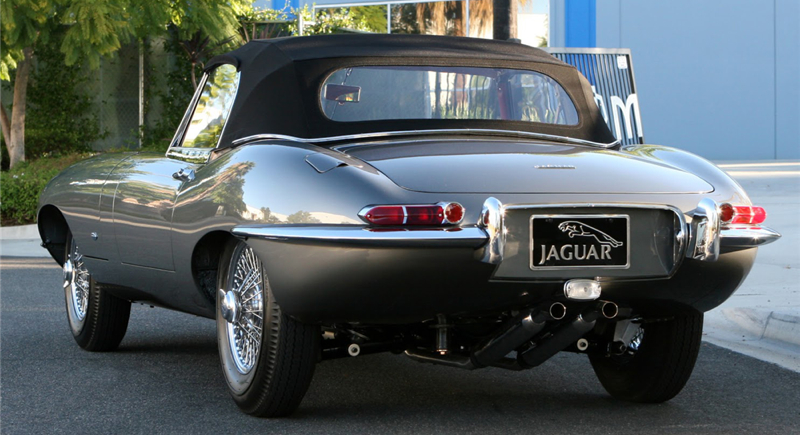 The vehicle was completely dissembled in the restoration process, and the interior was removed and documented. The body was stripped to bare metal and placed on a rotisserie where it was body worked, metal finished, fitted and leaded as needed. All body parts and chrome were fitted to the E-type in bare metal. It has been primed, sealed, had a base coat / clear coat applied and was then color-sanded and buffed to a beautiful finish. All body parts were removed from the car and painted separately. 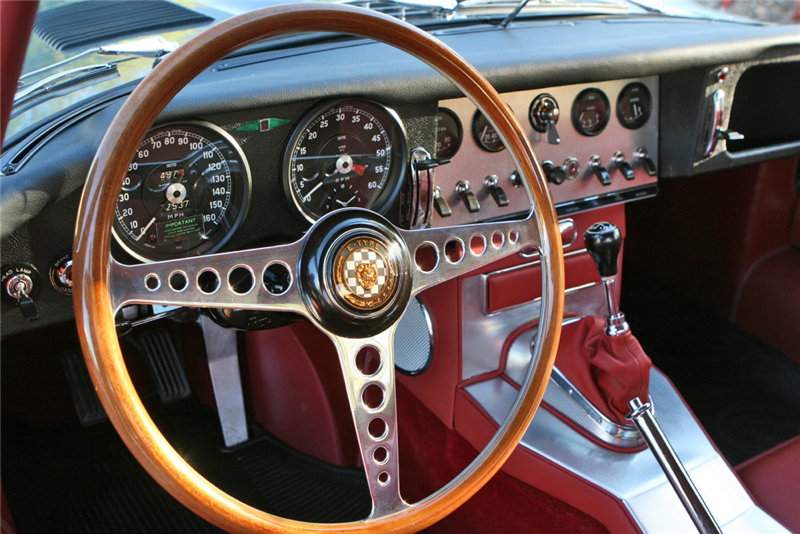 All systems have been gone through and were restored or replaced as necessary. The engine is a 3.8L V6. The transmission, clutch and hydraulic systems were fully restored or replaced, and the car has received all new rubber, grommets and seals. In addition, the brightwork has been fitted and replated to show-level quality. 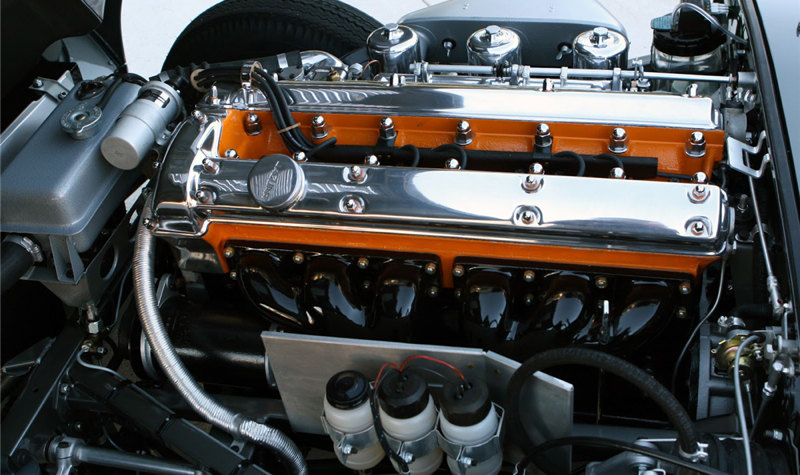 The car received all new upholstery in the correct materials, which has been fitted and installed. Parts and components were restored in the proper colors and finishes as well, and NOS parts were used wherever possible. Extreme attention to detail was given because of the importance of this early, highly original E-type.