In 1959, Studebaker brought out a new car called the Lark that looked dramatically different from previous models, even though it incorporated the same main body structure used since 1953.

Ads described the Lark as being “Perfectly practical and practically perfect.” It would prove successful enough to give Studebaker a new lease on life for the next six years. In addition, in its Daytona form, it became a hot ‘60s performance machine. 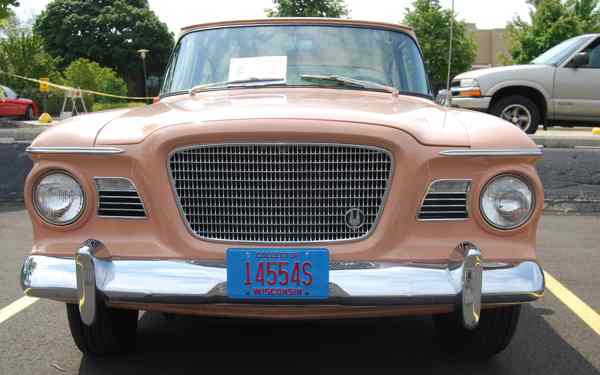 The central body section of the Lark was basically the 1958 Studebaker body, but the front and back sections were drastically shortened. Deluxe models had painted headlight moldings, no grille moldings and lacked padded instrument panels. Regal Larks had chrome moldings around the grille and headlights and a padded instrument panel. On sedans and station wagons the former “Cyclops-Eye” speedometer was replaced by a normal speedometer, although the central glovebox was retained.

All models had only single headlights. The two-tone paint option was discontinued. An Econ-O-Miler long-wheelbase four-door sedan – also based on the Lark – was made available. The Econ-O-Miler had a stretched Lark body with non-functional rear door vent windows. Most Econ-O-Miler sedans were sold as taxis, although some were sold outside the United States for private use. 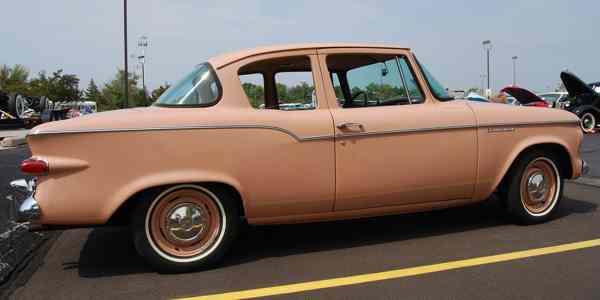 Lark sedans and hardtops (except for the Econ-O-Miler version) had a 108.5-inch wheelbase and an overall length of 175 inches. A special Lark two-door sedan without a rear seat was also offered. It was called the Utility Sedan. The cars were 71.38 inches wide and 57.5 inches high. Lark station wagons used a 113-inch wheelbase and were 184.5 inches long. They were the same width as other models, but had a height of 58.75 inches. A kit was sold to convert Lark station wagons to Panel Wagons. 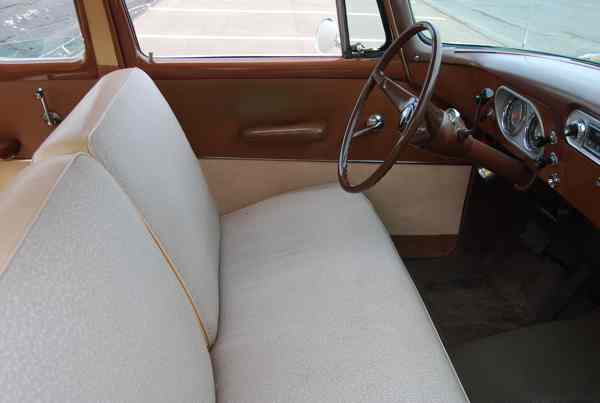 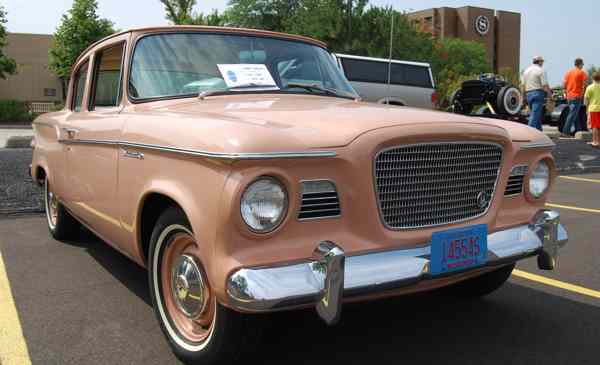 Body style offerings and trim differences in the Lark VIII (V8) line were the same as they were for the Lark six-cylinder models. “Lark VIII” model identifications were also in the same locations. Both Lark VI and VIII models featured a circular emblem with raised hawk wings against a black background, at the right-hand lower corner of the grille and on the tailgate of station wagons.

A total of 2,295 Deluxe models were made, along with 92 long-wheelbase Econ-O-Liner sedans. These cars were limited to special order sales, Marshal sales, fleet sales and sales outside the United States. The regular-order models were the $2,310 Regal four-door sedan, the $2,410 Regal two-door hardtop and the $2,590 Regal two-door station wagon. Studebaker counted 14,530 sedans, 7,996 hardtops and 7,419 wagons leaving the factory in South Bend.

Studebaker ended the 1950s on a high note, as its model-year sales soared to 126,156 cars. This helped the South Bend automaker rise to 10th position on industry sales chart.