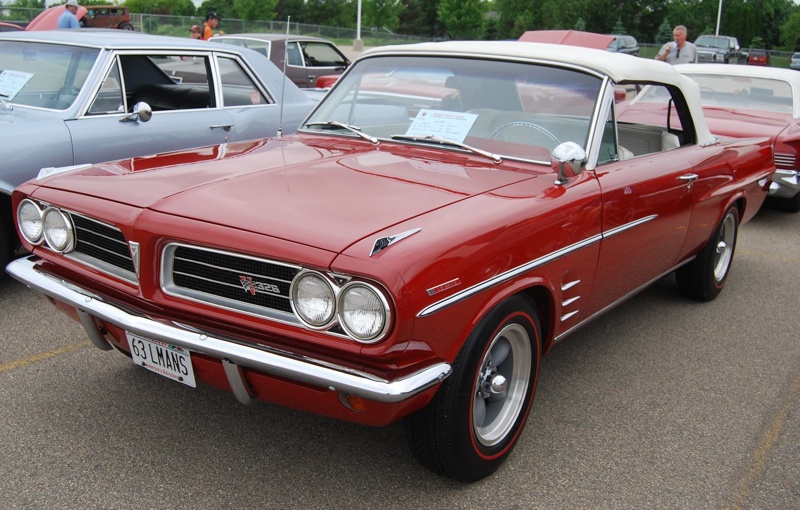 The all-new ’63 Pontiac Tempest was one of GM’s “senior compacts,” alongside the Chevy II, Buick Special and Olds F-85.

The other cars were more conventional than the Tempest, which retained the “rope” drive shaft and transaxle arrangement used in 1961-’62. The Tempest also offered a unique Indy Four – essentially half of a 389-cid V8, but it was Tempests with the 326 V8 that made you wonder if they were really a compact or just a shrunken big Pontiac.

The Tempest looks like a big car that someone shrunk a bit. Pontiac made it bigger by stretching the body five inches in length and two inches in width. This resulted in major styling revisions including a “Coke bottle” body shape, more angular roof lines, creased side panels, a longer trunk, a new version of Pontiac’s trademark split grille, wider wheel openings and dual vertically-stacked tail lamps.

The merchandising of the ’63 Tempest was a little confusing. Most reference books show a standard line and LeMans line, although two of the models in the standard line (Sports Coupe [two-door hardtop] and Convertible) are called Customs. The coupe (two-door sedan), four-door sedan and six-passenger Safari station wagon are called Tempests. The LeMans line had fancier versions of the Sports Coupe and convertible. 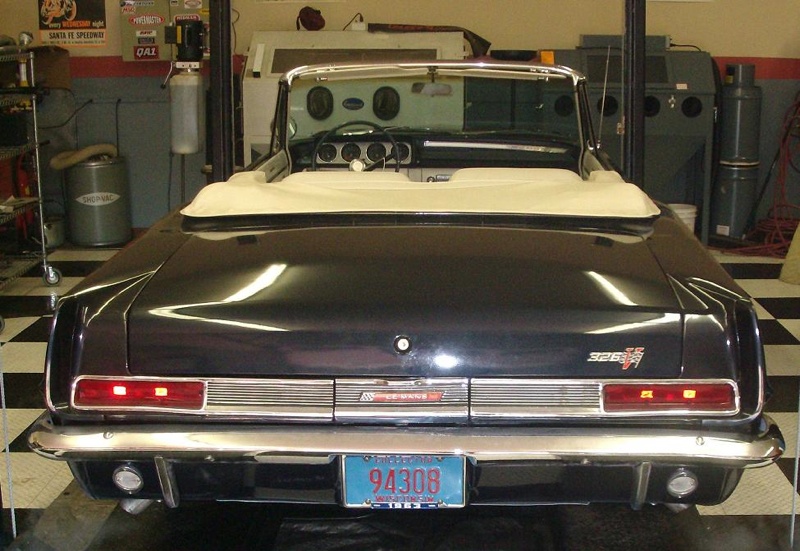 The specs and production of the ’63 Tempest models looked like this: 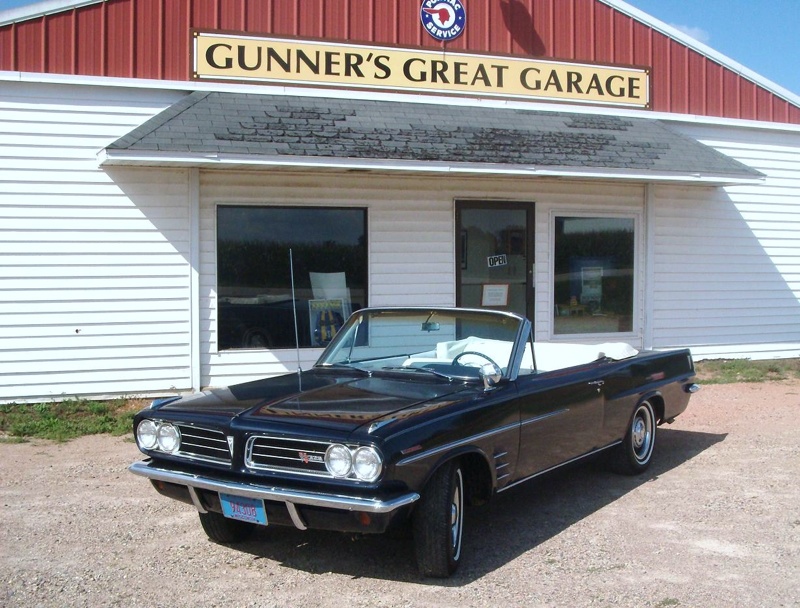 There were 18 engine options, which included such choices as an export version with a single-barrel carburetor, a special four with a trailer-tow clutch and heavy-duty taxicab versions. They included the 326-cid V8 which was exactly like the 389-cid V8 used in big Pontiacs, except for its smaller bore (3.71875 in. versus 4.0625 in.). It produced 352 lbs.-ft. of torque at 2,800 rpm. Car Life magazine said, “The Tempest just doesn’t need 389 cubic inches—when you can spin the rear wheels at any time.” The published performance figures included a 9.5-sec. 0-to-60 time, a 17-sec. quarter mile and an all-out top speed of 115 mph.

Pontiac engineers redesigned the Tempest-Torque automatic transmission for 1963. It shared its gearset with Powerglide Chevys, while other parts came from the Corvair parts bin. A new feature—and one used exclusively in Tempests—was an all-hydraulic torque converter, rather than the previous split-torque type. This upped torque multiplication and gave smoother shifts.

It’s too bad the ’63 Tempest was a one-year-only car, since it’s a very likeable machine—especially in the LeMans convertible format. We had one of these in our shop last year to fix a transmission leak. The nicely-restored Nocturne Blue ragtop gave you the impression of a full-sized Pontiac that someone had shrunk. The car was snappy to drive and fun to be seen in and, maybe best of all these days, it delivered almost 20 mpg if driven gently.

These cars have become collectible today. The Pontiac Oakland Club International (www.poci.org) has a “Little Indians” chapter for early Tempests.