Full-size Fords were completely revamped for 1964. They were recognizable as Ford products only because of their traditional large, round taillights. The grille carried a horizontal grid highlighted with three vertical ribs. The Ford name, in block letters, was seen on all models, but side trim differed considerably. A sheet metal feature line began on the front fender at beltline level. It continued horizontally to the rear of the car, and dipped down. A lower sheet metal feature line began behind the front wheels and continued, horizontally, toward the rear of the car. There it swept upward and merged with the upper feature line. All models using optional large displacement V8s earned the engine designation symbol on the lower front fender. 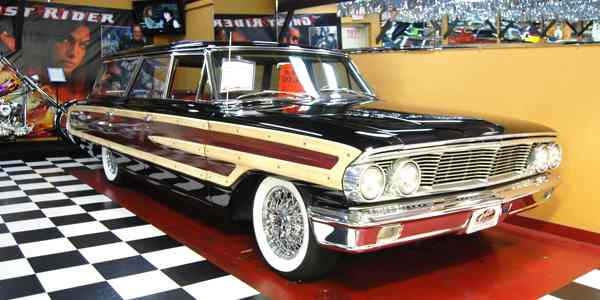 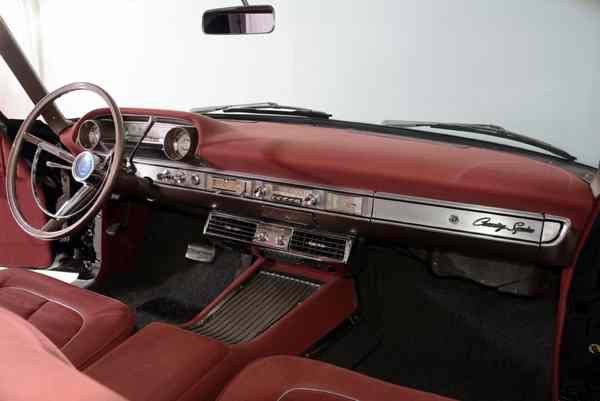 Country Squires were available in six-passenger configurations with two seats or nine-passenger models with three seats. Only a handful of these cars were built with six-cylinder engines—234 six-passenger jobs and just 121 nine-passenger versions. Production of V8 powered Country Squires was higher—23,336 with two seats and 22,999 with three seats. The latter model retailed for $3,208, while the six-cylinder two-seat model carried a $3,028 price tag. 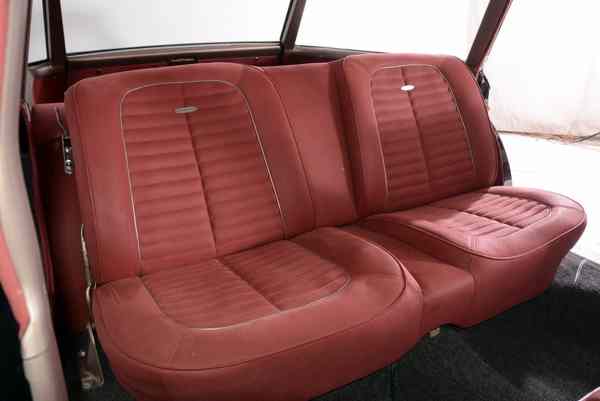 Our featured car comes from the inventory of the Volo Auto Museum (www.volocars.com) in Volo, Ill. It has the optional Interceptor V8 under its hood. This overhead valve engine has a 4 x 3.5-inch bore and stroke and displaces 352 cubic inches. With a 9.3:1 compression ratio and four-barrel carburetor, it generates 250 hp at 4400 rpm and 352 foot-pounds of torque at 2800 rpm. 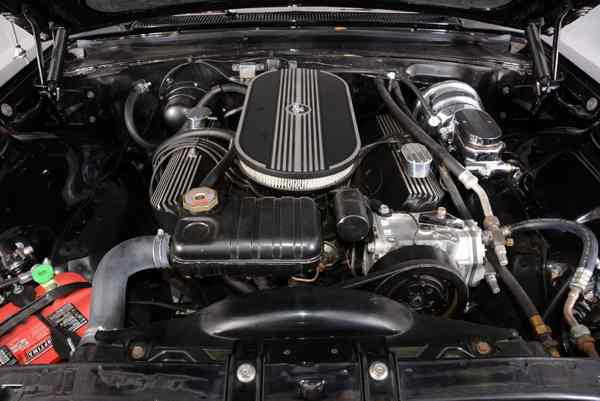 Volo’s car is an off-the-charts cool, luxury wagon with a stunning Raven black paint job. The simulated wood grain trim has been restored to look brand new, along with the chrome and soft trim. What really puts this car over the top is a set of genuine Kelsey Hayes wire wheels and big radial wide whitewall tires.

The wagon’s interior combines stock patterns with high-end custom material. The seats, door panels, dash pad and headliner are all re-trimmed. The car even has the factory style chrome piping on its XL bucket seats. seats. 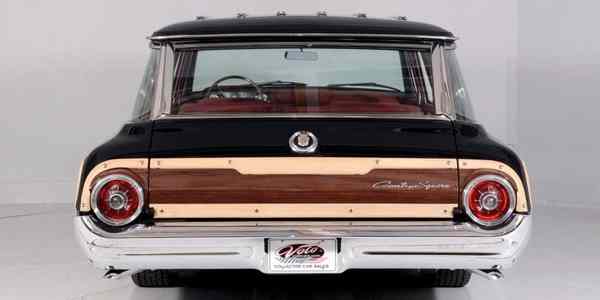 This station wagon has many factory options, some of which were just starting to gain popularity in 1964. They include air conditioning, power steering, a center console, a power tailgate window and a remote-control rearview mirror. It has also been retro-fitted with power disc brake so it stops as good as it goes. 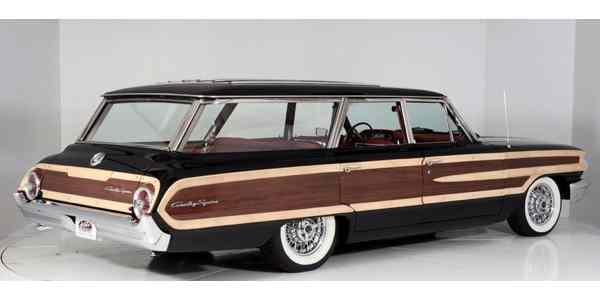