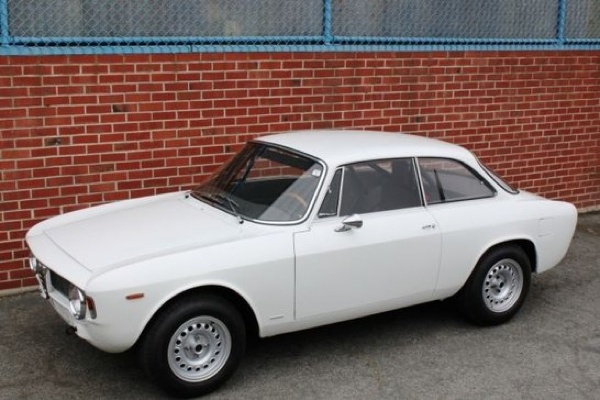 Introduced in February of 1965, the Alfa Romeo GTA is a legend. Although it appears visually similar to the standard Giulia GT, it was reengineered to transform from a pleasant and affordable sports car to a spectacular giant-beating race car. The “A” in GTA stands for alleggerita or “lightened.” The cars were built by Autodelta, a racing preparation house that was founded by a pair of ex-Ferrari employees. The company was purchased by Alfa Romeo in 1964, and moved closer to Alfa Romeo’s facility in Milan.

The car was redeveloped into a purpose-built race car with a tremendous focus on reducing weight. The changes reduced the weight by roughly 450 lbs. to bring the dry weight to about 1,800 lbs.
The car weighed 2,250 lbs. to begin with. The deck lid and trunk lid are alloy, and the roof is made of Peraluman 25, an alloy consisting of aluminum, magnesium, manganese, copper, and zinc. Alloy was used extensively in the structure as well, including inner rear support, parcel shelf support, dashboard, and rear seat support. Sound deadening was removed, and Perspex side windows fitted. Bucket seats were also fitted and more minimal rear seats included in the Stradale or street version. 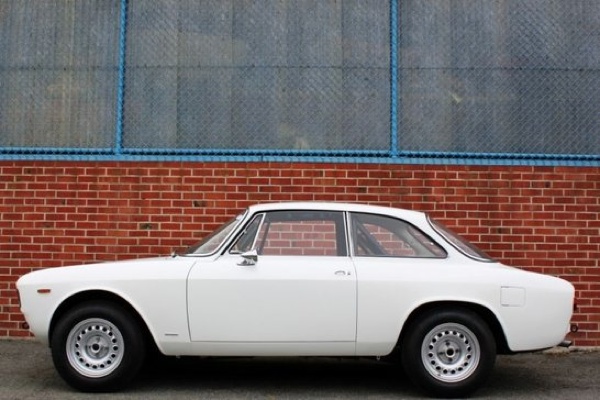 The resulting car was extremely capable. Even with no mechanical changes, the car accelerates and brakes better, corners faster and more easily. But the car significantly upgraded mechanically as well, with specification varying from car to car. Most were fitted with a twin plug cylinder head with significant headwork to improve the flow, larger oil sump, oil cooler, high compression pistons, hotter cams, and balancing work. Each engine was built by a single mechanic at the Autodelta facility, and was permitted no more than a 2.5hp variation from the specified output, which was tested for each motor. The driveline was upgraded too with sliding block suspension, lightweight flywheel, magnesium bell housing, limited slip differential, and even hollow shafts inside the gearbox and drilled gears.

From the outset, the GTA was hugely successful on the track, earning a well-deserved reputation as a giant killer. On their first outing, which occurred at Monza, GTAs took the first seven places. A GTA won the 6 Hours of the Nurburgring and the GTA became the first touring car to lap the Nordschleife in less than 10 minutes. Ultimately, the GTA won the driver and manufacturer championship. The cars were successful in the United States as well, winning the SCCA Trans Am championship. The GTA had lasting competition success, winning the European Championship seven years in a row. 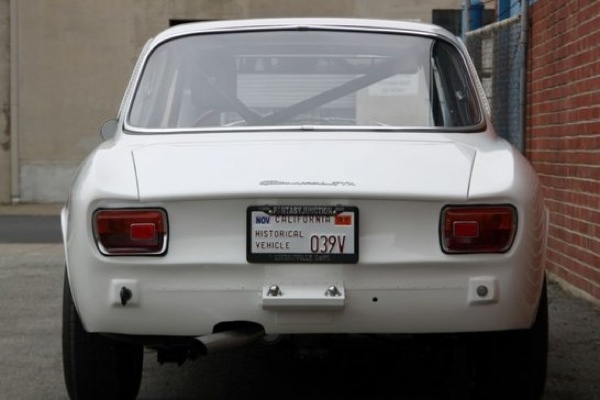