Jerry Titus was at the apex of his racing career at the end of the ’60s, having helped capture SCCA Trans Am titles for Carroll Shelby’s Mustang effort in 1966 and, more notably, in 1967, when he won four rounds of the fiercely fought contests. The following season, however, was not kind to Titus, as reliability issues limited him to a single victory, and there was growing tension between him and Shelby. 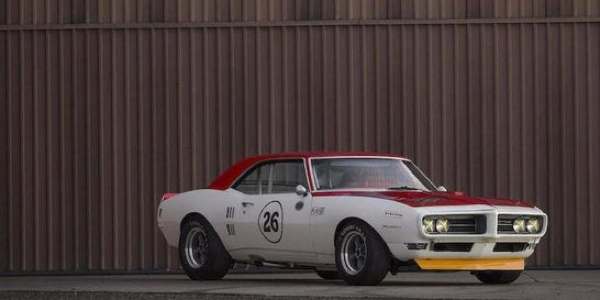 Titus was known as a tough competitor who could extract more from a car than it had to give, but he was not simply a quick and courageous shoe. His background as a student at Julliard (his trumpet was good enough to jam with Jack Teagarden’s orchestra) and then as a mechanic and a journalist had broadened his ambitions, and late in the 1968 season he announced he would be leaving Shelby at year’s end to partner in a new Pontiac race effort with Canadian Terry Godsall. Shelby responded by firing Titus, but not before he recorded a DNF at September’s Riverside round in his last drive in a Ford — and that is where this tale begins to take shape.

Pontiac needed to promote its Firebird, and there was no better place than in the hugely popular Trans Am series, where the new TG Racing team would compete against its showroom foes the Camaro and the Mustang in Class 2 for cars with engines between 2.0- and 5.0 liters. The chief problem was Pontiac didn’t yet have a properly sized powerplant, and Titus had yet to procure a Firebird from Pontiac’s slowly developing effort, so he was left without a ride for the final race of the year. 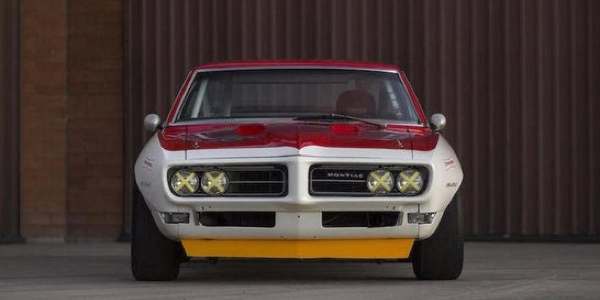 Godsall and Titus came up with a quick solution. The plan to fill the gap was hatched at Riverside, where Titus had watched privateer and friend Jon Ward take his self-built Camaro to an astonishing fourth place in a field boasting such names as Donohue, Revson, Follmer, Bucknum, and Adamowicz. Also in the mix was a Firebird entered by Godsall and driven by Craig Fisher — and under the hood was a 304-cubic-inch Chevrolet V8 massaged by Al Bartz and fitted with the Z-28 engine’s cross-ram manifold. Known to few at the time, certain Pontiacs sold in Canada were offered with Chevrolet engines, so it was, in the strict sense of the SCCA rules, possible for a Chevrolet-powered Pontiac to run in the Trans Am.

An astute mechanic and studious reader of the rules, Titus saw an opportunity and struck a deal with Ward to buy the Camaro. The two would continue together in the car’s American racing career — which was astonishingly short — but only after Ward’s Chevrolet received an entirely new Pontiac Firebird body.

Titus and Ward charged through this loophole, and by that season’s final race a month later at Pacific Raceways in Kent, Washington, the Ward Camaro gridded as the TG Racing Pontiac Firebird. It was a wild time around the TG shop during that month as Titus and crew struggled to fit the Firebird’s panels. Jerry’s son, Rick (who later also would become a driver/journalist), helped out and recalls how difficult it was convert the car’s exterior, which even included the crafting of custom door hinges. 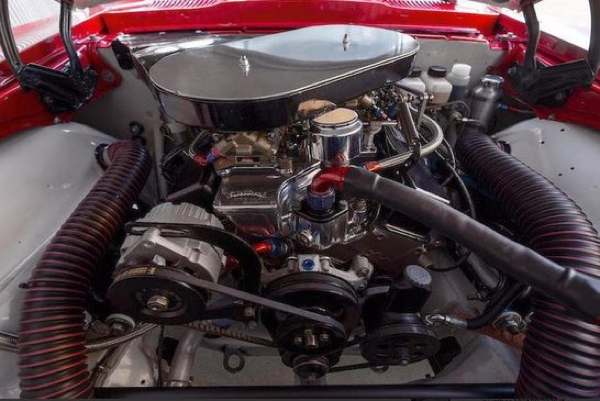 Though crucial to acceptance by the stewards, the new panels didn’t make the car any faster, so Titus swapped out the original motor for an Al Bartz-built 302. One of the lesser known giants of engine tuning, Bartz began his professional life with Hilborn Injection and then Traco Engineering before opening his own shop in 1966. It was once said that Bartz-powered cars all vied for first; everyone else competed to be second — and that’s how the race in Washington was playing out. Titus had set a lap record with the “new” car and was in the lead when engine failure sidelined him.

Titus now had to direct his energies toward building up a six-car TG Racing team with new Firebirds (still with Chevy power; Pontiac engineers had yet to solve problems with its 303 cubic inch V8), and during the off-season the Titus/Ward car became a sort of test and development mule. Most notable of the car’s updates was a new steering system that was one of the first applications of so-called “zero-bump-steer” technology. 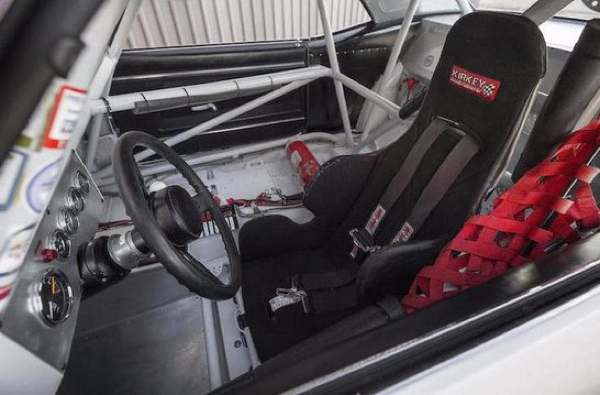 The Titus/Ward friendship, however, led to one more outing in the unique hybrid, which had been resold to Ward — the Daytona 24 hours race in early February, 1969. Titus agreed to share driving duties with Ward, so, supported by a skeleton crew and presumably few spare parts, the duo took on some of the world’s most accomplished cars, including a Porsche team that had swept the Daytona podium in 1968.

Qualifying 16th, the team could only watch as the five Porsche works 908Ls traded leads, followed by the Lolas, a couple of aging Ford GT-40s, and a slew of 911s. By late Saturday night, mechanical ills and accidents had plagued the leaders, and suddenly the Fords headed the field. Sunday morning saw more of the top contenders fall off the pace or drop out. Meanwhile, the Titus/Ward car had soldiered on solidly until a rear-end failure threatened to end their race in the middle of the night. Without a spare on hand the team had to improvise, and according to Jon Ward’s son, someone cruised through the Daytona parking lot to find a Camaro so they might “borrow” the rear end out of the car. A note reportedly was left on the donor’s windshield to the effect that the team would be around later to settle the deal. 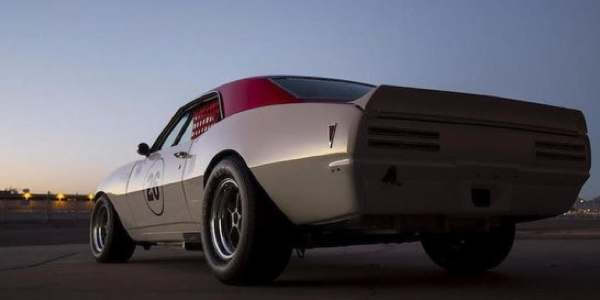 Given the race’s high rate of attrition, and troubles for the contending Lolas, it was entirely possible the Pontiac would have taken an overall victory were it not for the delay to find and swap in a replacement rear end. As it was, the Titus/Ward car finished just six laps behind the second-place Lola and 35 laps in arrears of the winning Penske Sunoco Lola of Donohue/Parsons/Bucknum. It was undoubtedly a relieved group of sanctioning officials when the cobbled-together American Pony Car failed to earn the top step.

After Daytona the car would never run again in an American series. Daytona also would be the last time Jerry Titus won a race. Though he enjoyed a good 1969 Trans Am season in the new Firebirds, the 1970 season did not start out well, and it ended in tragedy for Titus when he lost his life in practice at Road America in August.

This car provides a thrilling return to the thunderous days of Trans Am racing at its best, but it also reminds us of the short but spectacular career of Jerry Titus, driver and gentleman. 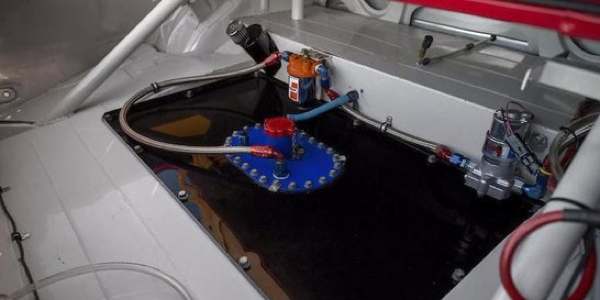 Over the years the car has received a number of performance enhancements, and the exterior still appears exactly as it raced at Daytona. Currently it sits on 8.0 x 15-inch American racing wheels, wrapped by Goodyear Blue Streak racing slicks, size 6.0 x 15 in front and 7.0 x 15 in back. The brakes are original J56 steel calipers front and rear with cast iron rotors and two-piece aluminum hats. A 22-gallon ATL fuel cell to FIA specs feeds the engine through a Holley 4150 two-barrel carburetor and Edelbrock intake manifold. The chassis is no. 7L141852 and the engine is a 5.0-liter V8 that puts out 475 hp at 7,200rpm along with a 4-speed Borg Warner T-10 manual transmission. Overall weight is 3000 pounds.

As it stands, #26 is free to compete in selected North American historic racing series but would require some modest work to return it to complete 1968 Trans Am spec, which would qualify it to run in the Historic Motor Sports Association events, including the annual Rolex Monterey Sports Reunion.