Chevrolet didn’t want to sell L88-powered Corvettes to the general public in 1969. In its third and final year of existence, the L88 had no business running on public roads, and GM intentionally ignored comfort and convenience items to dissuade interest. No air conditioning, power steering or radio. The goal was to shed weight – and prevent glory shoppers from stumbling into the car.

But if you were hip to the L88’s true mission, sanctioned international and SCCA road racing at places like Watkins Glen, Daytona and even Le Mans, the L88 was just the ticket – but the engine alone added more than $1,000 to the price. Buyers also had to spring for “mandatory options” like J56 heavy-duty brakes with 4-pin calipers, M-22 ultra-duty close-ratio 4-speed manual transmission (an extra-duty Turbo 400 automatic was also offered), K66 transistorized ignition, G81 posi-traction differential and F41 heavy-duty suspension – all of which added an additional $840 or more onto the price tag.

Chevrolet did such a good job of hiding the L88 engine option, only 216 were ever installed in Corvettes: 20 in 1967, 80 in 1968 and finally 116 in 1969, one of which is featured here. So what was it about the L88 that spooked GM into virtually denying its existence? It all came down to a little thing called homologation. In a nutshell, major race-sanctioning bodies like the SCCA and FIA sought to level the playing field in their Production race classes by preventing one-offs and “unobtaniums” from running amok and squeezing the “little guy” out of contention on race day.

The rule-makers sought to ensure that cars running in their Production classes truly were representative of real production vehicles. But knowing the lesser L36, L68, L71 and L89 big-block 427 engines offered in Corvettes were not capable of surviving real racing situations or delivering the horsepower needed for victory, GM was forced to release the ultra-duty L88 to satisfy the homologation requirement. Race what you sell, sell what you race. That explains why and how the L88 – with its 12:1 compression ratio, huge 850cfm Holley double pumper, high-maintenance race-spec solid-lifter cam, aluminum heads and fair-weather cowl-induction hood – reached the showroom floor. 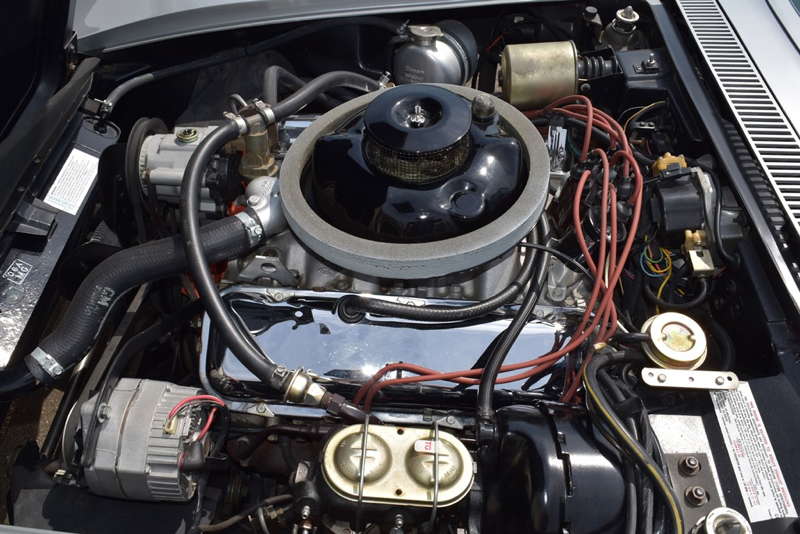 GM played another trick to get shoppers off the scent of the L88. The tamer 427s were rated at 390, 400 and 435 horsepower, as much as five more than the L88. But the fact is that the L88 was severely underrated at its “official” 430 horse claim. Its true output was 500 horsepower, with 40 more after switching from iron exhaust manifolds to tube steel exhaust headers. 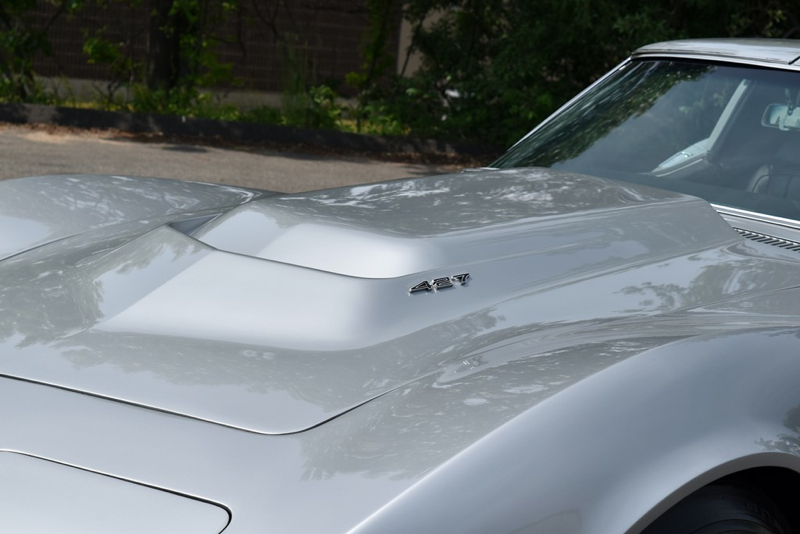 That brings us to the Cortez Silver L88 presented here. With a total of 38,762 Corvettes built in 1969, a mere 116 were equipped with the mighty L88. Originally sold new by Division Chevrolet in Chicago, this car has been verified and documented by noted L88 expert and Bloomington Gold judge Kevin Mackay. Additional documentation includes the original Tank Sticker and copies of the original Window Sticker, Protect-O-Plate and owners’ manual. Better yet, though the TH400 automatic transmission was offered with the L88 (1969 only), this one’s got the M-22 close-ratio 4-speed Muncie for the ultimate driver/vehicle interface. 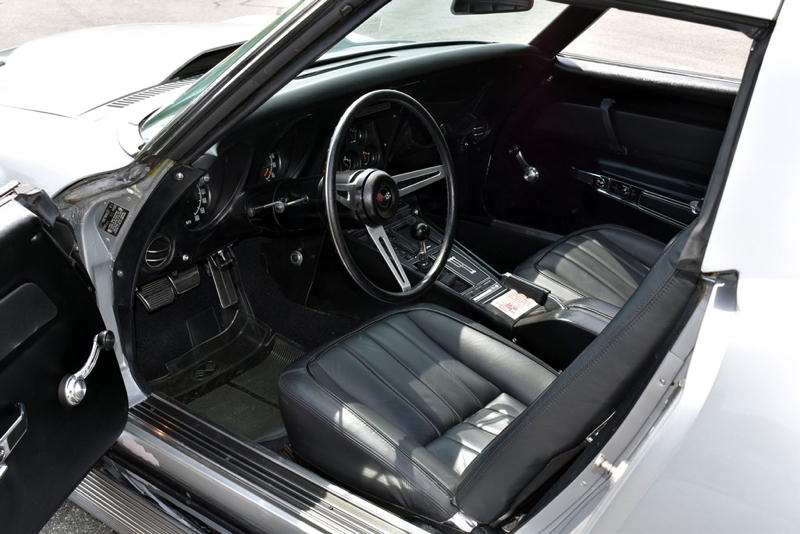 Completely restored to factory specifications by L88 expert and Bloomington Gold judge Jim Thorpe, awards include NCRS Top Flight, Bloomington Gold “Gold” Certification, Muscle Car and Corvette Nationals Gold Concourse and Triple Diamond, and it has been featured at the 2008 L88 Invasion Special Collection and the 2009 Muscle Car & Corvette L88 Invitational. Interestingly, the original buyer opted for some unlikely comfort and convenience features, including black leather seating, C50 rear-window defroster and N37 tilt-telescopic steering, all of which are correctly presented.

While the L88 was in its final year for 1969, thicker connecting rods and improved cylinder heads with larger 1.88-inch exhaust valves and revised ports enhanced durability and performance. Though most L88s were immediately modified within minutes of arrival when new, in this case the correct emission-control air pump system is present and functional. And while GM barred the optional N14 side-mounted exhaust in 1968, it returned in 1969 for one last hurrah before being abandon for 1970 and beyond. 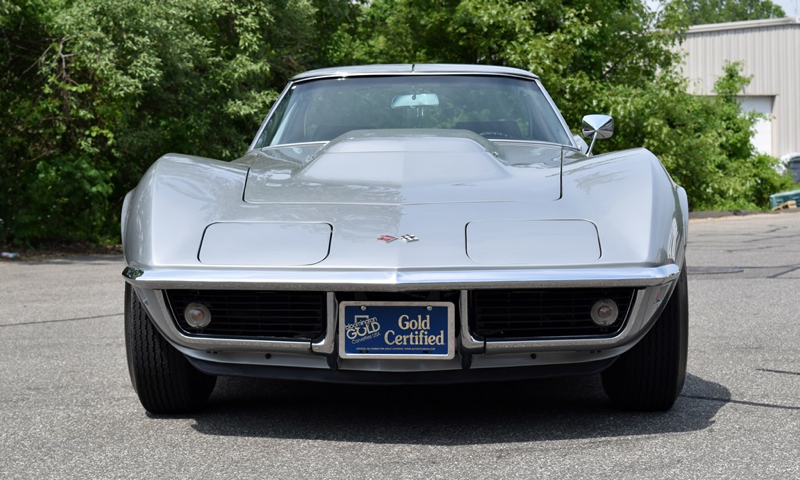 This L88 coupe stands as a reminder of when carmakers truly sold on Monday what they raced on Sunday.