Detroit’s longstanding fascination with power reached a new plateau in the early post-war years as manufacturers made the OHV pushrod V8 the engine of choice for those with a need for speed. As demand grew for increasing power, carmakers continued to follow the basic premise that increased displacement was the simplest formula for higher speeds, a philosophy that for years drove the competition in NASCAR to new heights seemingly on a weekly basis. 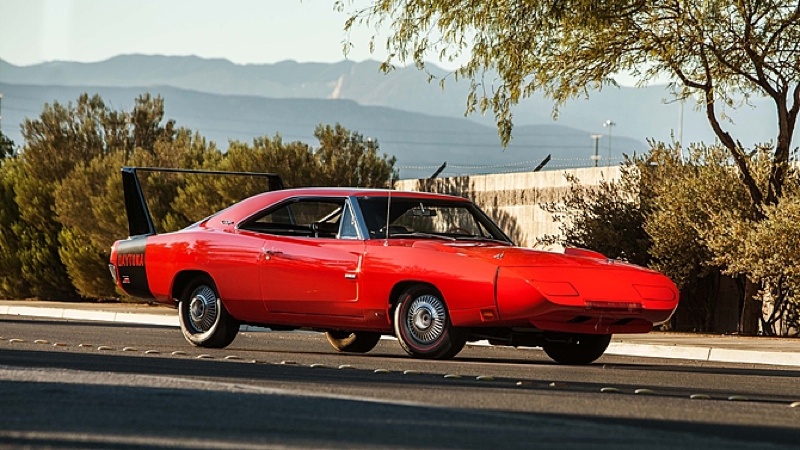 By the mid-60s it was becoming evident that while power was at an all-time high, NASCAR stockers were reaching their aerodynamic limits. A number of dramatic accidents were the result of cars lifting at speed, suddenly robbing the driver of control. Lowering the front end helped keep the cars on the track, but it did not address the basic problem of dangerously poor aerodynamics. The first notable attempt at improving high-speed penetration was Dodge’s 1969 Charger 500, which was revealed to the press in June 1968. By February 1969 Ford and Mercury had responded with the Torino Talladega and Cyclone Spoiler, with LeeRoy Yarborough in a Spoiler slipping by Charlie Glotzbach’s Charger 500 to win the season opening Daytona 500. 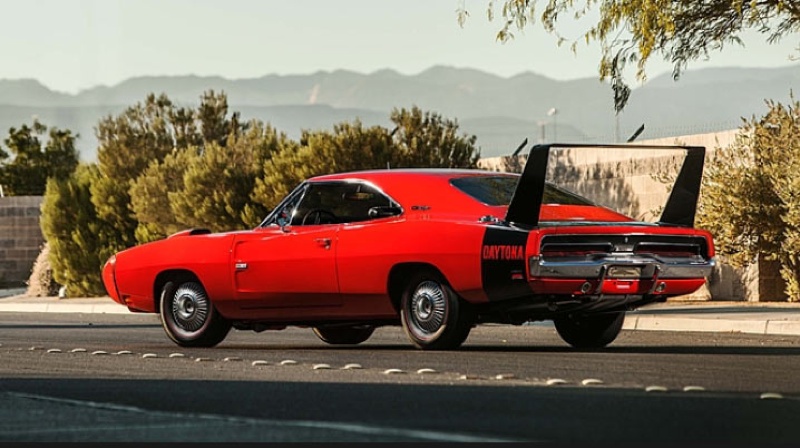 With a deficit of 70 to 80 horsepower compared to Ford’s 427 and Boss 429, Chrysler’s formerly dominant 426 Hemi was showing its age. NASCAR’s announcement of a new limit of 366 cubic inches for 1971 would make the Hemi obsolete. Dodge’s aggressively competitive general manager Bob McCurry responded by ordering a crash development program to make the Charger as slippery as possible. Running under Hemi power, a Charger Daytona immediately laid claim to the fastest stock car in the world, laying down a qualifying run at 199.985 mph in practice for its inaugural race at Talladega. From then through the following year Daytonas won 45 of the next 59 races. On March 24, 1970 at Talladega, Buddy Baker became the first NASCAR driver to officially break the 200 mph barrier on a closed course, piloting the Chrysler Engineering #88 Daytona to a timed speed of 200.447 mph. 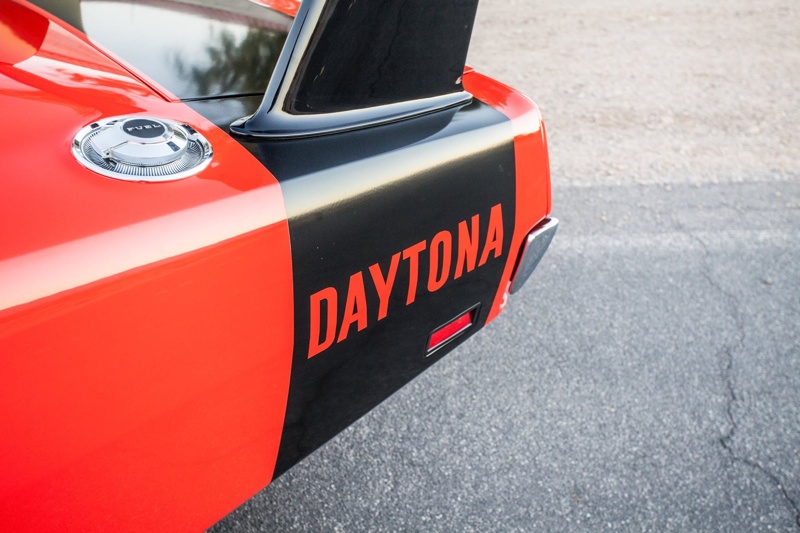 The Daytona’s outlandish appearance reflected McCurry’s take-no-prisoners attitude toward the competition. The Charger 500’s blunt grille was replaced with an 18-inch wedge-shaped nose that sliced through the air with minimal resistance, and a lower front spoiler curtailed airflow under the car. The Daytona employed the same flush rear fastback window as the 500 to smooth airflow over the rear of the car, and the high rear wing and deep uprights added rear downforce and directional stability to achieve a theretofore unheard-of drag coefficient of just .28. The modifications transformed the Daytona at high speed, prompting the normally low-keyed Charlie Glotzbach to wax ecstatic in the automotive press: “It’s sorta like a whole new world,” he commented. “There’s no comparison to what other cars handle like…overall it’s the safest race car I ever drove. I honestly think that any average citizen could go out and drive the Daytona around Talladega at 180 mph with no problem at all.” 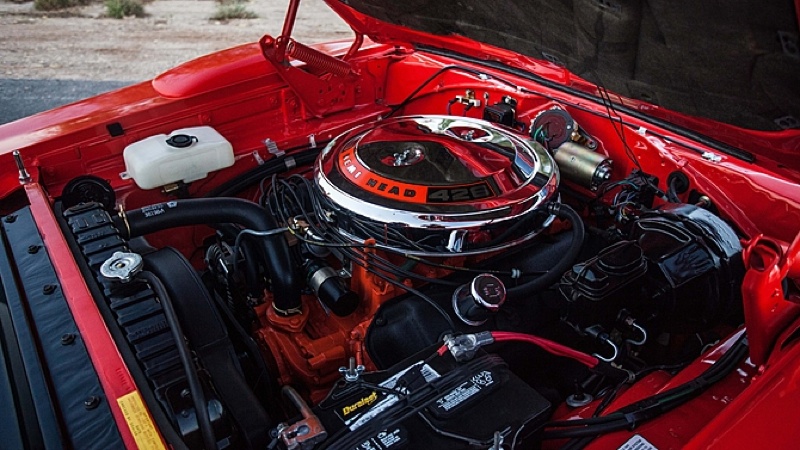 Creative Industries of Detroit, Inc. completed more than 500 Daytonas required for homologation by NASCAR, only 70 of which were equipped with the 426/425 HP Hemi engine. This well-equipped 1969 Charger Daytona is one of only 20 built combining the dual 4-barrel Hemi engine with the Hurst Pistol Grip-shifted heavy-duty, 4-speed manual transmission. Finished in R4 Bright Red with a Black bumblebee stripe, chromed aero window trim and Goodyear Polyglas Redline tires, it is further optioned with power front disc brakes and the A33 Track Pack incorporating a Dana 60 Sure Grip rear end. 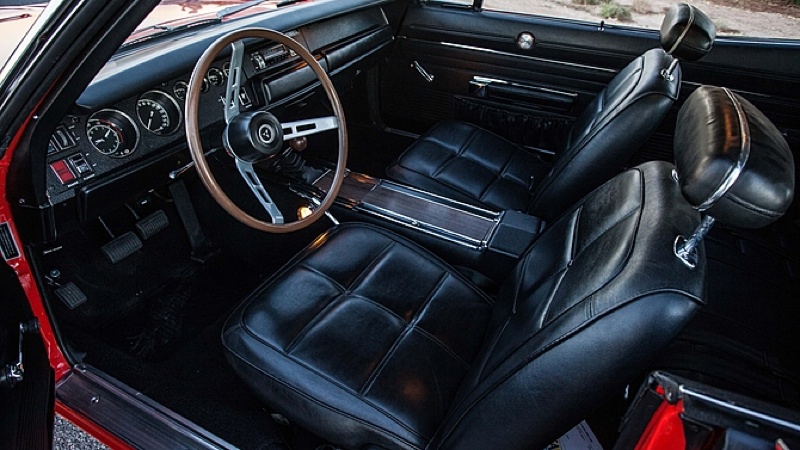 The car’s Black interior is fully appointed with bucket seats and woodgrain-trimmed center console, wood-rimmed Sport steering wheel, Rallye instrument cluster, Solid State AM radio and A01 light group. After years as the crown jewel of a private collection, this Hemi 4-speed Winged Warrior presents as one of the most desirable Aero Mopars in existence when it goes to auction in Houston April 9-11. 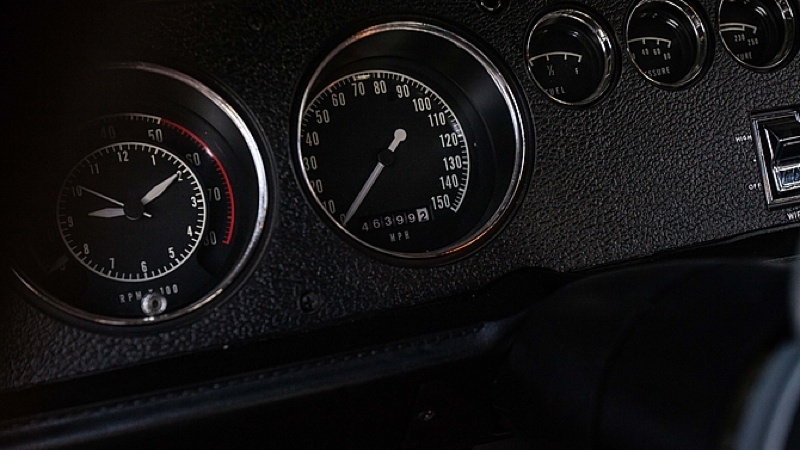