With over 1,200 versions of Ferrari’s powerful 365 GTB/4 ‘Daytona’ produced from 1969–1973, only five lightweight Alloy competition cars, which dominated the 24 Hours of Daytona, were built. Further to those, Ferrari commissioned only one street version of the Daytona with an aluminum body, this very car, a sure-fire standout in any Ferrari collection as the only example of its kind and a car many thought did not exist. 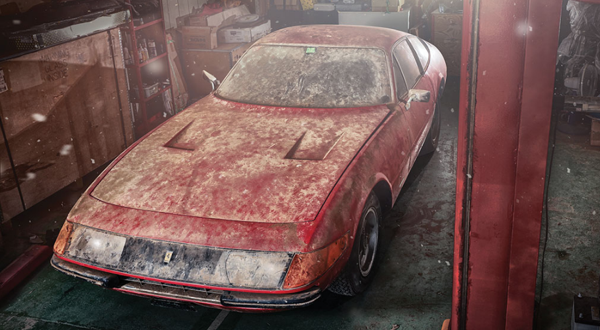 A unique car that no other collector can claim ownership to, this Daytona holds distinct ties to its competition brethren and was preserved for decades. Presented here in remarkable unrestored condition, having been domiciled for many years and never significantly refurbished. 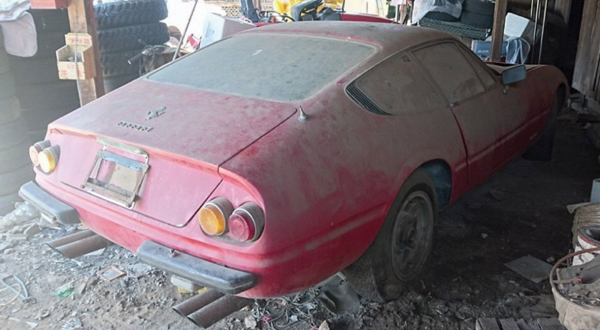 Chassis no. 12653 is approximately the 30th car in the Daytona numbering sequence, wearing Scaglietti body no. 32. Other than chassis number 12547 (which was comissioned by Luigi Chinetti to run the 24 Hours of Le Mans), this car was the only standard-specification Daytona that clothed for alloy coachwork. Completed in June 1969, this Daytona was equipped with desirable Plexiglas headlamps and power windows, in addition to its tailor-made aluminum coachwork, and finished in Rosso Chiaro (20-R-190) over a Nero (VM 8500) leather interior. 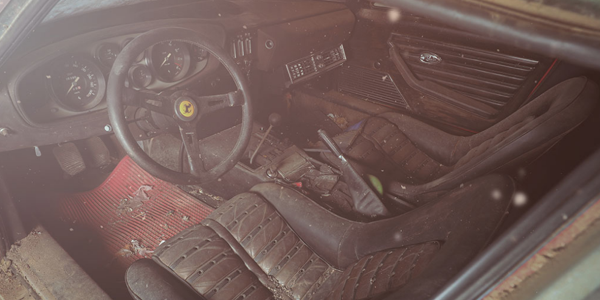 In September, the car was distributed for retail to the Bologna dealer Motor S.p.A. di Carla Allegretti, from whom it was purchased later that month by Luciano Conti, the founder and publisher of Autosprint magazine. Mr Conti’s company sold the Ferrari in September 1970 to Guido Maran of Verona, who in turn re-sold the car a month later to Carlo Ferruzzi of Ravenna. 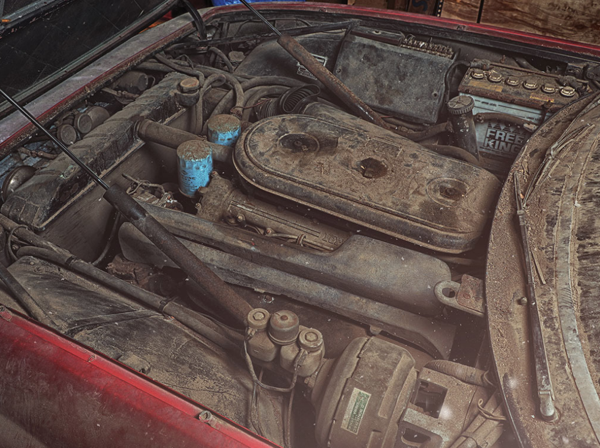 In July 1971, the Daytona’s Italian registration was cancelled and the car was imported by a Japanese dealership three months later. Chassis number 12653 was then featured in the January 1972 issue of Car Graphic, a Japanese enthusiast magazine. In May 1975, the Berlinetta was purchased by Goro Guwa of Gifu, Japan, and in April 1979 it passed to Tateo Ito of Nagoya. Almost a year later, the car was acquired by Makoto Takai, and he hid the car away for nearly 40 years. It was fabled and known by very few collectors to exist, but many true Ferraristi were unaware that such a special and important car existed, period. 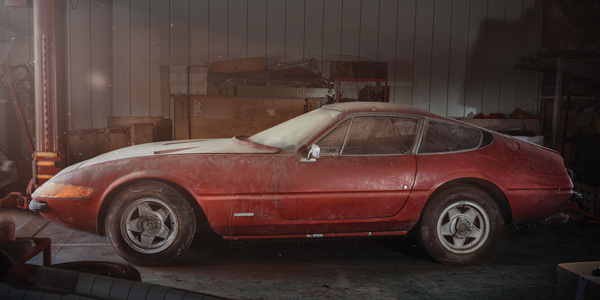 Currently in a barn-find state of condition, the Ferrari has clearly been in storage for a number of years, and in June 2017, it underwent a through evaluation by marque expert Marcel Massini. He confirmed the presence of the matching-numbers engine and transaxle, per stampings that correspond to factory build records. While the various Japanese owners conducted a number of minor cosmetic modifications, 12653 remains remarkably authentic in many other ways. 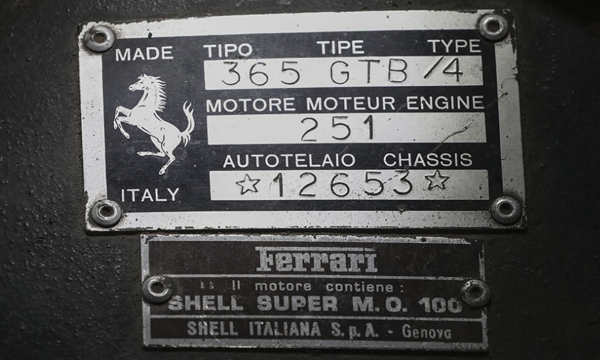 The interior in particular displays impressive originality, with good condition confirmed in the door panels, sun visors, interior rear-view mirror, seats, carpeting, gearshift knob and the headliner. Mr Massini also noted that the aluminum panels he examined were stamped with proper matching Scaglietti body numbers and that the original spare wheel appeared to have never been used. When asked about the car, Massini commented, “What a super scarce Daytona barn find, the only remaining aluminum-bodied production GTB/4, sold new to Luciano Conti, a close friend of Commendatore Enzo Ferrari.” 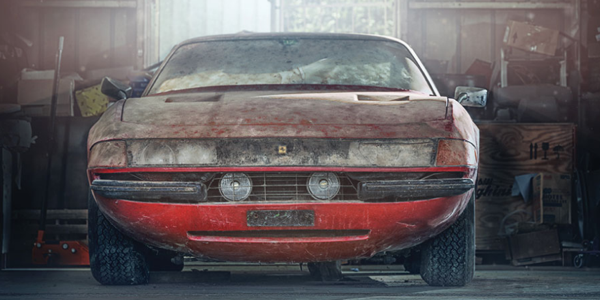 This rare 365 GTB/4 is one of the most unique examples of any given model.