The 15th annual edition of the Mothers Shine Award scrutinized each and every one of the hundreds of premier cars on display at the most anticipated aftermarket industry event of the year. An international panel of respected members of the automotive world, including seasoned builders, paint specialists, journalists and previous Shine Award recipients, were tasked with selecting a winner. Judging is based on overall appearance, fit and finish, attention to detail, integration of custom and stock elements, creative vision and execution of concept. Entries are scored with the state-of-the-art eJudged application that calculates results in real time. 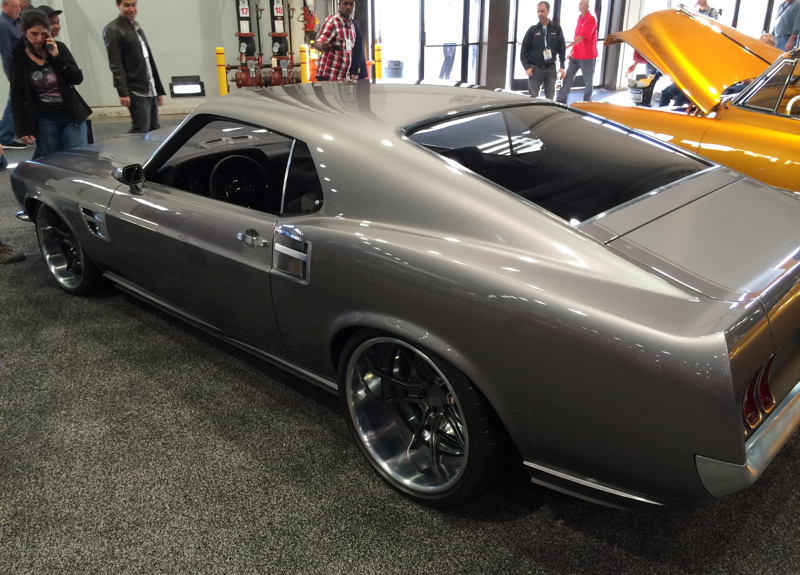 Once all the scores were tallied, the judges reviewed the ten finalists and awarded the 2015 Shine Award to Tim and Cici Spencer of Birmingham, AL for their 1969 Ford Mustang 2+2 Fastback. Jonathan Goolsby and the build team at Goolsby Customs in Bessemer, AL completed the build, which took two years to execute. Mr. and Mrs. Spencer bought the Mustang seven years ago, knowing they wanted to build it one day. In addition to the Shine Award, this Fastback also won a Special Recognition Award for Outstanding Achievement in Design as part of the Ford Corporate Design Awards as well as a top three finish in the Glasurit Best Paint Awards. 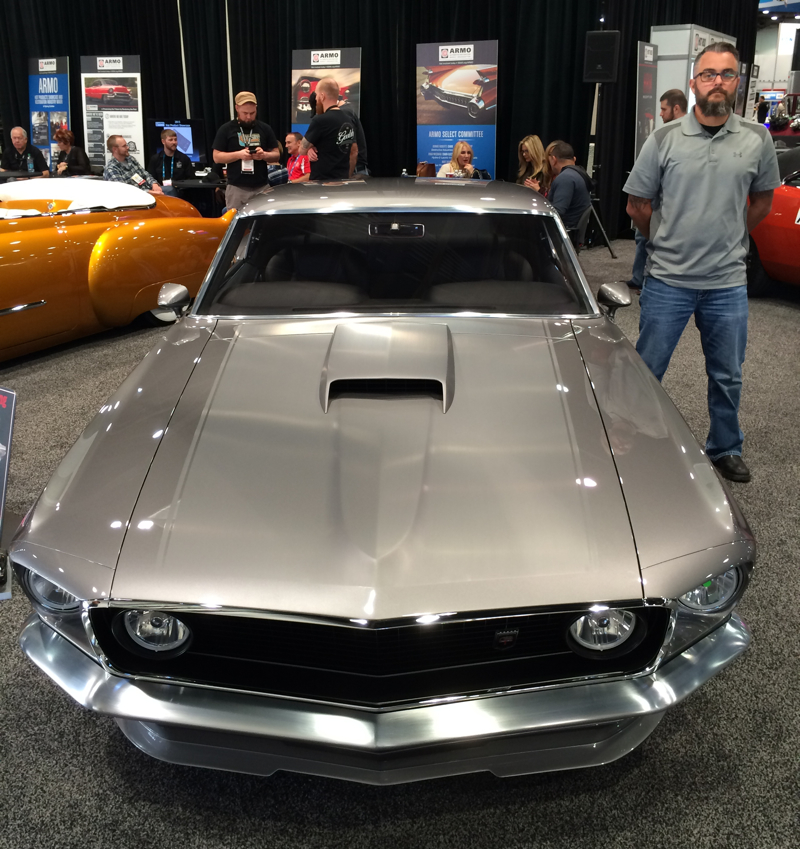 The Goolsby team radically modified the exterior with numerous subtly placed alterations including handmade front and rear valances, ground effects, shaved drip rails, tucked bumpers and custom exhaust tips. The silver metallic finish is a custom-mixed Glasurit laid under a clear topcoat with a combination of brushed and bright chrome plating by Advanced Plating of Nashville, TN. The badging and side vents are all CNC machined and the taillights feature 3D printed lenses from Greening Auto Co. 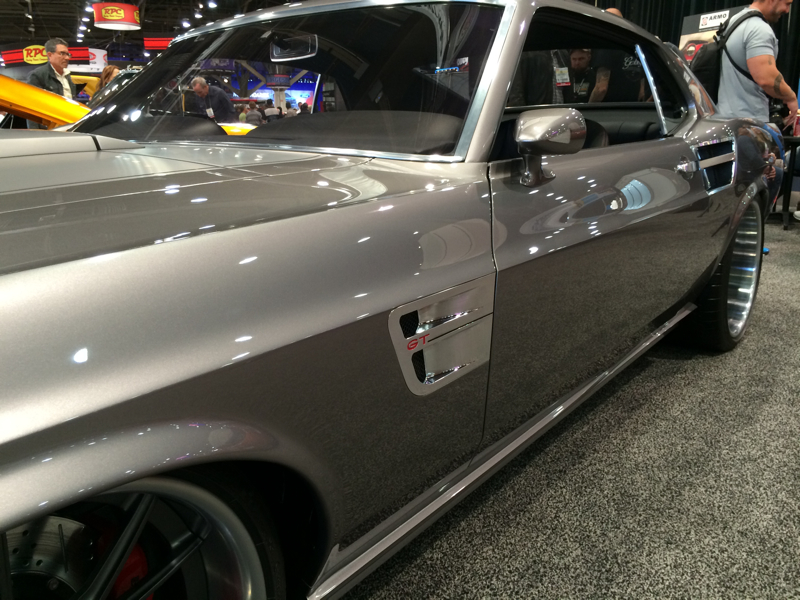 The drivetrain consists of a 5.0 Coyote engine with a Getrag 6-speed transmission with a heavily modified Detroit Speed chassis up front and out back and Baer brakes and JRI shocks. The interior was re-imagined with a custom leather upholstery from M&M Hot Rod Interiors. 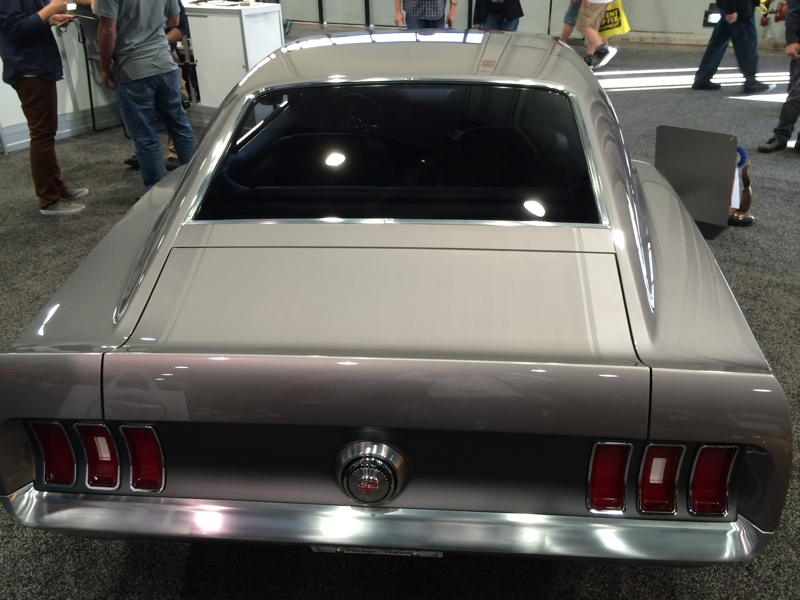 Owner Tim Spencer was elated with the honor, explaining, “We always hoped to get in the top 10 and win a Mothers Choice, but actually winning the Shine Award is as amazing as it gets! Many thanks to all the companies and people who helped with this car, and especially the talented crew at Goolsby Customs!”

The Mustang was on display at SEMA in the ARMO/HRIA Councils booth. 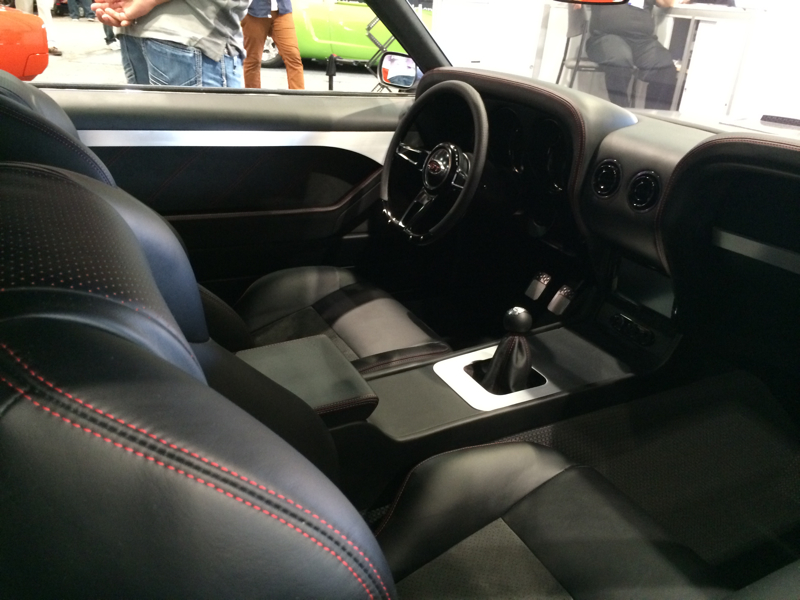