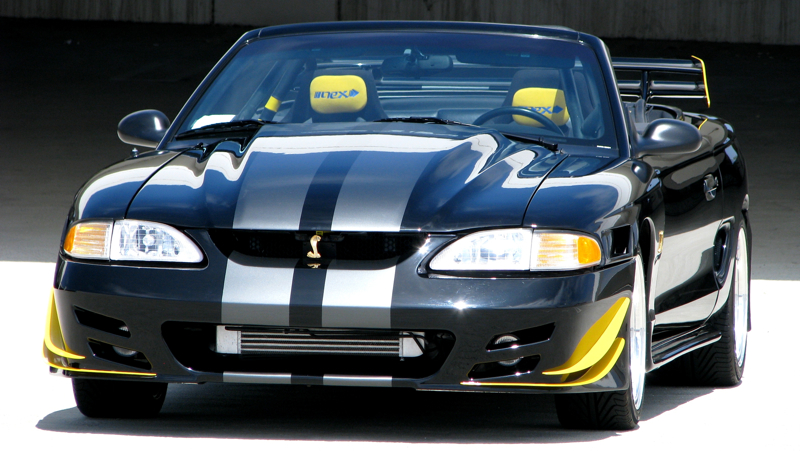 If you are looking for speed, power and show stopping styling, this custom 1997 Ford Cobra Mustang “FANG” by Granatelli Motor Sports, Inc. fits the bill and is currently available on the eBay Motors auction site (#151750573142) through August 9. The car is offered for sale by the original owner with a $75,000 asking price. 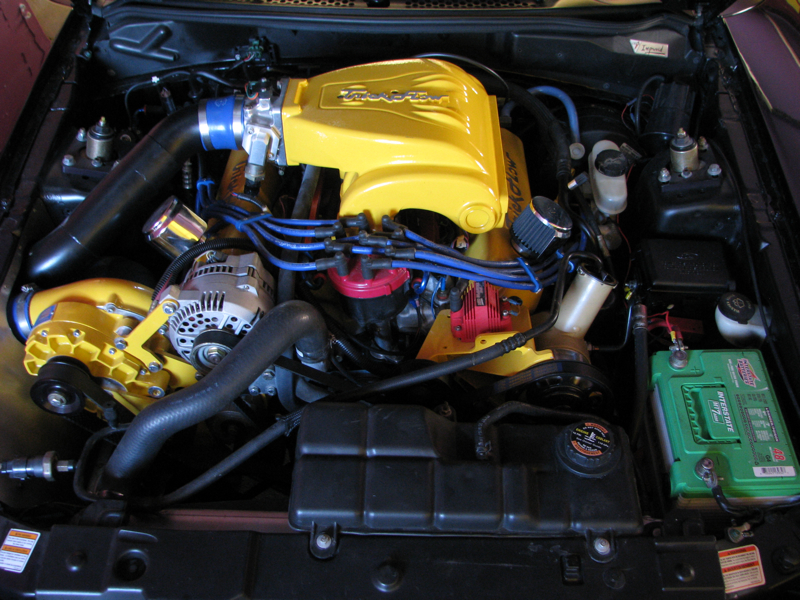 “FANG is a culmination of all those efforts,” said J.R. Granatelli. “FANG is the tamed version of Pro Millennium, if you can call a 650 hp convertible that’s widened a full eight inches in the rear and six inches in the front tame.”

FANG is just one of three similar high performance Mustangs built by Granatelli. Once completed, FANG was featured in the Main Hall at SEMA, in Las Vegas, by Granatelli then went into hibernation until it was recently pulled out to be sold by the owner, Phillip Weber. The odometer now reflects just over 750 miles and still looks as good as it did when it left the SEMA show in Vegas.

FANG is as happy on the street as it is on the track and runs as good as it looks. Granatelli recently stated that he drove it on the open road at a speed of 200 mph and that there was “still plenty more speed left!” JR Granatelli sincerely refers to this car as “one of his babies.”

Here is a sampling of the key modifications to this incredible high performance Mustang.

FANG’s body has been modified using “all steel” and no Bondo. The hood, nose and rear diffuser were one-off and fabricated with a carbon composite. The car was finished off with six coats of black Giasurit paint and twin silver stripes.

If you are interested in purchasing this one-of-a-kind Granatelli high-performance Cobra Mustang, view it here: http://www.ebay.com/itm/151750573142