As this year’s Geneva Motor Show wraps up, the automotive world is still left stunned in the wake of the dozens of new reveals and concepts, and we’ll have plenty to talk about for the foreseeable future. With Geneva being long touted as the paragon of automotive expositions, this year didn’t disappoint. Here are a few of the Speedville team’s favorites from this year’s show. 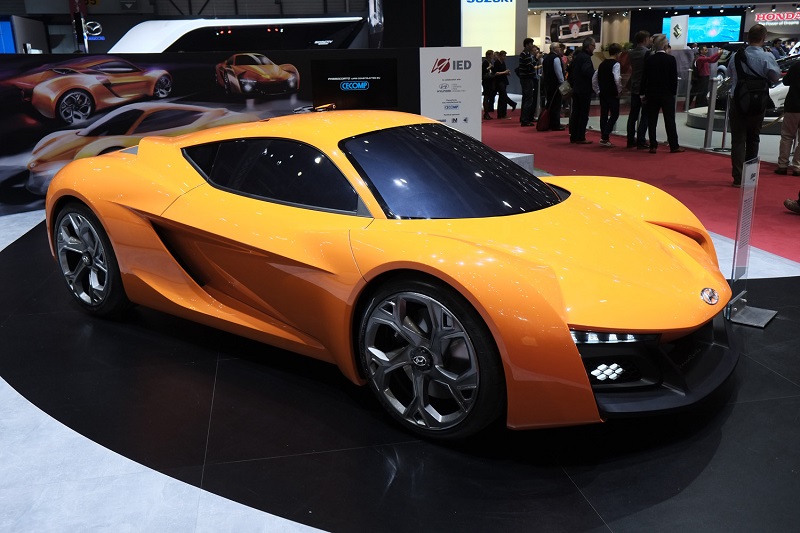 Designed by sixteen Italian design students under the guidance of a Pininfarina engineer and with the supervision of Hyundai, this striking orange concept wowed the crowds at this year’s show. With Hyundai’s global repertoire rapidly expanding, one of the last frontiers it has yet to conquer in the car market is that of sports cars. Because of this, a PassoCorto like concept has a good chance of hitting eventual production in the future, as there is certainly a hole to fill in the Hyundai model line. The PassoCorto sports a mid-mounted, twin turbocharged four cylinder engine that is designed to be a perfect synergy of power and efficiency. The 1.6 liter engine puts out 270 horsepower, and provides an ideal balance of economy and performance. While the PassoCorto might not reach production in this exact form, a strong showing from Hyundai in the sports car segment is likely for the future, and some even contend that Hyundai may one day build a world-class supercar. 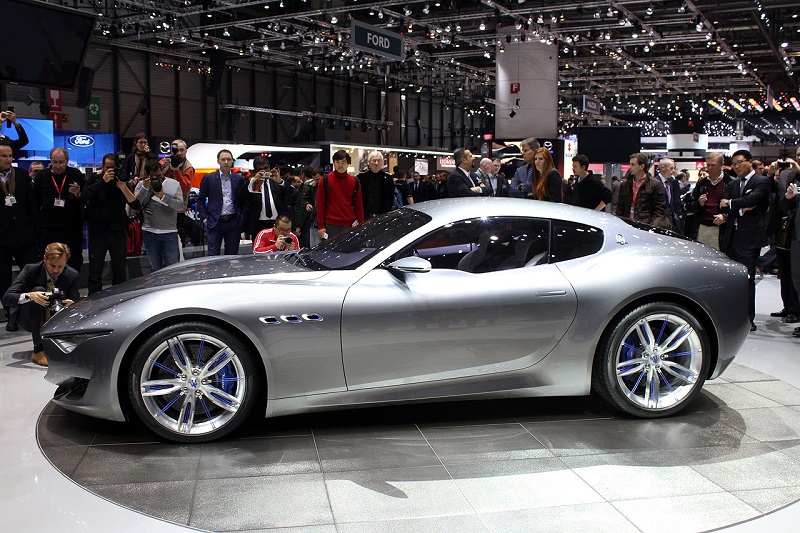 Incorporating classic design elements from Maseratis of days gone by, the Alfieri is named in honor of one of the founding brothers of the Maserati marque. The Alfieri is the Modena based automaker’s attempt to bolster its presence in the two-door sports car segment. Maserati has been long present in the sports car market, but it currently offers the Gran Turismo as its only two door model. The Alfieri sets out to ameliorate this, and it looks like it hasn’t disappointed us. With a smaller wheelbase and smaller overall dimensions, the Alfieri comes in a smaller package than its four door cousins and the Gran Turismo; however, the Alfieri does pack similar power. Maserati’s 4.7 liter naturally aspirated V8, which is really built by sister company Ferrari, is the engine of choice for the Alfieri. The engine puts out  460 horsepower and is coupled with a six speed transmission, among other upgrades. The exact date of production is still ambiguous, and we might have to wait a while for this one to hit the streets, but most people are guessing just under two years for when the model will hit production, which means we should see this one go on sale some time in 2016.

Developed by recent European start-up Quant, in partnership with Bosch Engineering and NanoFlow Cell Technology, this new electric car is already claiming supercar status. The car weighs over 5,000 pounds and is larger than the full Mercedes S-Class, so it seems fitting that it have ‘limousine’ in its title. Contrary to what you might be thinking, the large dimensions don’t at all dampen the performance. The car is powered by four of NanoFlow Cell’s electric motors and produces an output of 912 horsepower, with a rumored top speed of 236 miles per hour. The motors are powered by a combination of fuel cell and battery technology, which gives the car a range of  between 250 and 375 miles with a full tank. The car produces an astounding 8,555 ft. lbs. of torque; believe me, I had to double check when I first saw that number. The car accelerates from 0-60 mph in under 2.8 seconds, which puts it in sync with the world’s most powerful supercars. If the performance stats on this car don’t wow you, there’s a good chance the exterior design will; the designers even included a nice set of gull-wing doors. Deliveries are scheduled to start towards the end of this year; however, exact production numbers remain unknown. 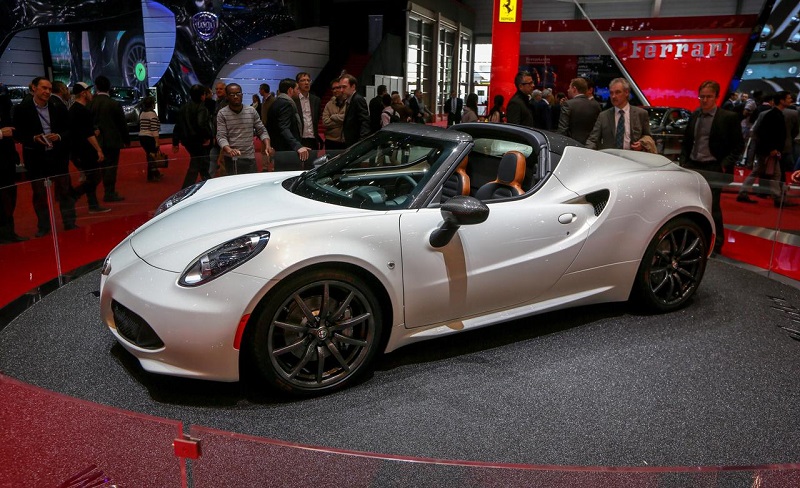 With the Alfa Romeo 4C going into production last year, the model is set to herald the return of the Italian marque to the United States when it makes its appearance in American showrooms this summer. Given these facts, coupled with Alfa Romeo’s reputation for building awesome convertibles, it seemed almost preordained that a Spider variant of the 4C would be released. The conversion only added 132 lbs. to the 2,6510 lb. car, so don’t expect performance to change all that drastically. The 4C comes equipped with Alfa Romeo’s 1.7 liter, turbocharged four cylinder engine, which produces 237 hp and 258 ft. lbs. of torque. The top-speed figure is just over 155 mph, and the car accelerates from 0-62 mph in 4.5 seconds. While this may not be the best performing car at the show, it certainly is one of the most eye-catching, and it provides good performance in a more affordable, compact package. There is no exact announcement as to when the 4C Spider will go on sale, but there is no reason to expect that it will take long.