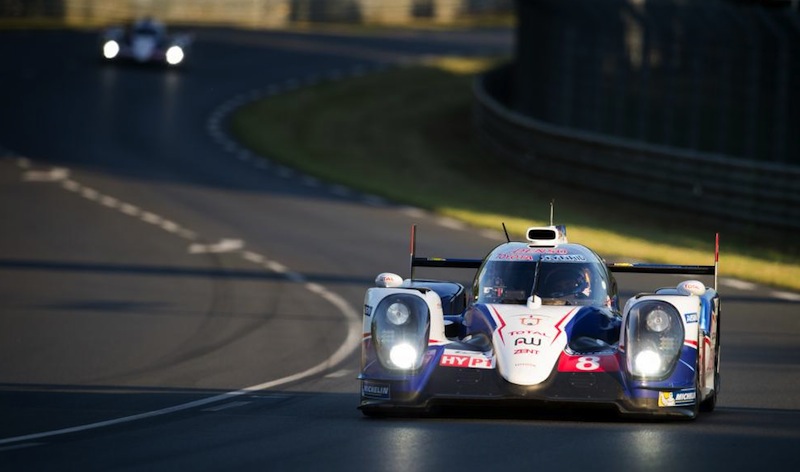 With one of the greatest endurance events less than 24 hours away, we give you a quick preview of the action ahead. There are many story lines to follow whether you are a hybrid fan, diesel fan, GT car fan or love that a particular marque is coming back. Here’s our quick run down.

With Toyota striking first with the pole position, is it setting itself up for success that has so far eluded the Japanese team or will it be more inline with its previous attempts?

The weather is supposed to be perfect for the race and should lead to a fast pace, but will the new slow zone procedures lead to few safety car laps?  In theory, it should only affect part of the track and not the affect the whole course should there be a need for a safety car. The track has also been upgraded in sections to further improve safety for everyone.

Following the death of Allan Simonsen during the 2013 race, several sections of the circuit have been upgraded. Tertre Rouge was reprofiled and new barriers and tire walls were added at the corner’s exit onto the Mulsanne Straight. Run-off areas in the Corvette corners were expanded,and barriers were added behind the tire walls at the start of the Porsche corners.Large curbs were also added to the paved run-off at the second Ford chicane to deter cars from cutting the corner.

The  new safety system allows for the intervention of safety vehicles on a particular section of the circuit without the need for a full-course caution. The system, termed a slow zone, requires cars to slow and maintain a speed of 37 mph (60 km/h) within a specific zone. Speeds within the zones will be monitored by GPS systems now required on every car. Onboard marshalling systems will also simultaneously warn all drivers of the location of slow zones.

If you wanted to pick a favorite, it would probably be Toyota after grabbing pole position. “The team has never been as well prepared for the biggest event of the year,” said Toyota’s technical director Pascal Vasselon. Kazuki Nakajima put the No.7  Toyota TS040 on pole, becoming the first Japanese driver to achieve such a feat. It’s also the first time for 15 years that Toyota has been on pole for the race.

Audi is back for the 15th year and in that time has amassed 12 victories. It would be a foolish bet not to choose them for another win, but they have had some hiccups.  On Wednesday Loïc Duval hit a wall (which led to him being replaced by Marc Gené for the race) and then Lucas di Grassi went off the next day. The R18 e-tron quattros hybrids finished in 5th, 6th and 7th places in qualifying the last three in the LMP1. But the drivers and team are confident so you can never count them out.

Porsche is making its comeback this year and holds the record for the number of victories with 16, and they are not set to stop Audi with its 12 wins from beating the record. To achieve this the 919 Hybrid prototype began testing more than a year ago and his lined up former Formula One ace Mark Webber to drive. They qualified 2nd and 4th and will get a lot of attention from the fans and media, but the questions remains if they can go the distance.

In the GT class, it’s a wide open race between Porsche, Aston Martin, Corvette and Ferrari. In practice the Ferrari was fastest in GTE Pro and AM but no team is dominant. Let’s wait and see what the final outcome is on Sunday, and be sure to set your DVR.