With the opening round of AMSOIL Arenacross, featuring Ricky Carmichael’s Road to Supercross fast approaching, Feld Motor Sports announced that FOX Sports 1 will once again serve as the exclusive home of the championship for the 2015 season. Beginning on Sunday, February 8, television coverage will kick off with the opening round from Cincinnati on FOX Sports 1. 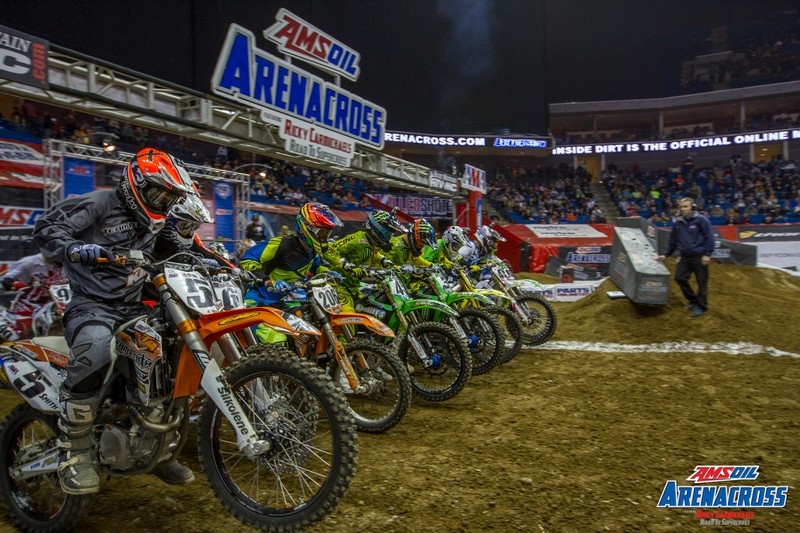 A total of 12 rounds of the 2015 AMSOIL Arenacross schedule will be showcased on a tape-delayed basis, with an hour-long broadcast highlighting what went down on the track. Original airings will all be featured on FOX Sports 1, including follow-up re-airs.

“FOX Sports 1 has established itself as the home of the sport and viewers will be treated to some incredible coverage this season in AMSOIL Arenacross,” said Ricky Carmichael. “The battle for the championship will be wide open in 2015, which means every rider will lay it all on the line for the chance to be a part of the Race to the Championship at the end of the season. We’ll be witness to some of the most dramatic racing in AMSOIL Arenacross history this season and anyone who enjoys edge-of-your-seat competition will want to tune in to FOX Sports 1 to see who comes out on top.” 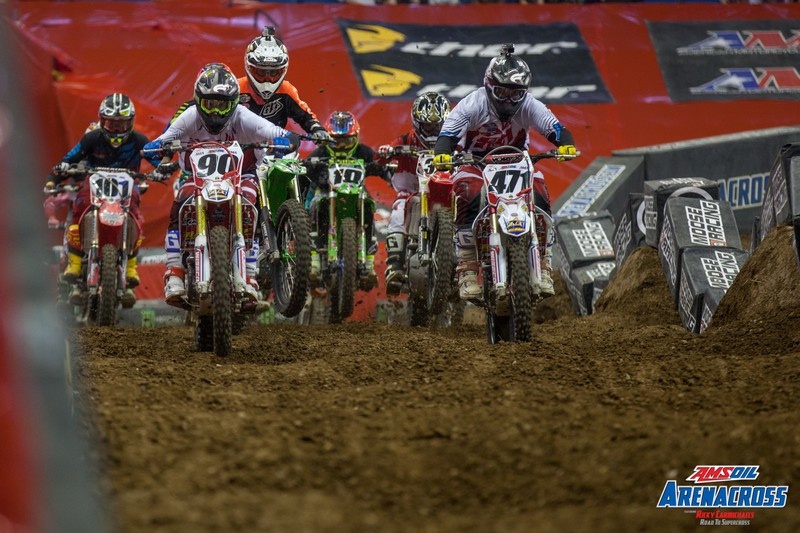 With reigning four-time AMSOIL Arenacross Champion Tyler Bowers now racing full time in Monster Energy AMA Supercross, a FIM World Championship, the field of competitors for the 2015 season is loaded with veteran talent and rising stars, all of whom are in search of their first career title. New formidable contenders like Chris Blose and Matt Goerke will look to take advantage of their supercross experience and make their presence felt early, while veterans Zach Ames, Kyle Regal and Michael McDade will go bar-to-bar against up-and-comers like Jacob Hayes and Gavin Faith. The playoff inspired Race to the Championship will span six rounds in 2015 and could easily feature each of the aforementioned riders in a battle to crown this season’s AMSOIL Arenacross Champion.

Entering the booth as the color analyst for 2015 is veteran AMSOIL Arenacross rider Daniel Blair. Blair’s experience in Monster Energy Supercross and AMSOIL Arenacross will provide viewers with an in-depth look at the ever-changing world of arenacross. Additionally, returning host Robbie Floyd will be accompanied by pit reporter Cristy Lee to round out the broadcast team.