Babcox tech editor Larry Carley had the opportunity to test drive the 2015 Mustang GT as well as the new Ecoboost 2.3L four-cylinder Mustang at the Autobahn race track in Joliet, Illinois recently. Ford provided the pair of Mustangs as part of the Midwest Automotive Media Assn. (MAMA) fall rally, which included over 90 cars from various automakers. 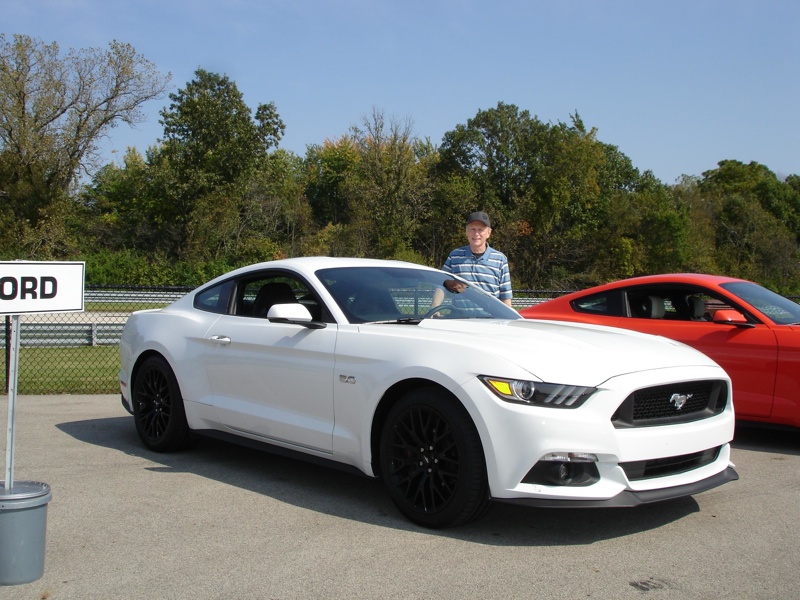 My first drive was the white 2015 Mustang GT. Much has been said about the new independent rear suspension, so it was no surprise that this car handled extremely well on the track. It gripped the corners well at maximum G’s with almost no tire squeal, understeer or oversteer. It felt like a true track car even though it had street tires on it.

Performance wise, the 2015 GT felt much like the 2012 and 2013 Boss 302 Mustang with lots of power and torque through the entire RPM range. The new Mustang is probably a better track car than a previous model year Shelby due to its lighter weight. The Mustang GT had no trouble keeping up with much pricier cars such as a 2015 Corvette, Viper and various Dodge Challengers (including the vaulted Hellcat) on the relatively short Autobahn track. 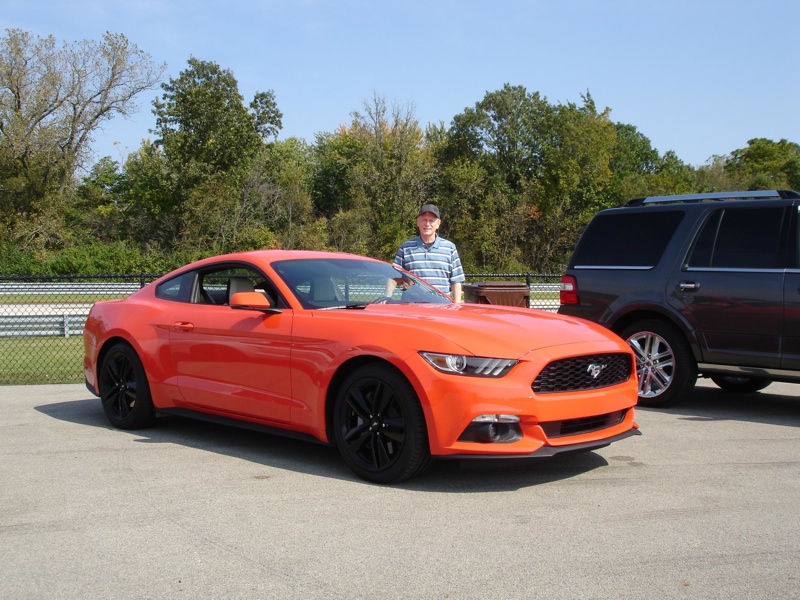 The Ecoboost four in the orange Mustang is Ford’s mid-range engine option. It’s horsepower rating is slightly higher than the V6 base engine, which was derated a few horsepower for 2015. The EcoBoost four is rated at 310 horsepower and 320 lb.-ft. of torque. Ford says it delivers best-in-class fuel economy with 21 city/ 32 hwy/ 25 combined mpg. 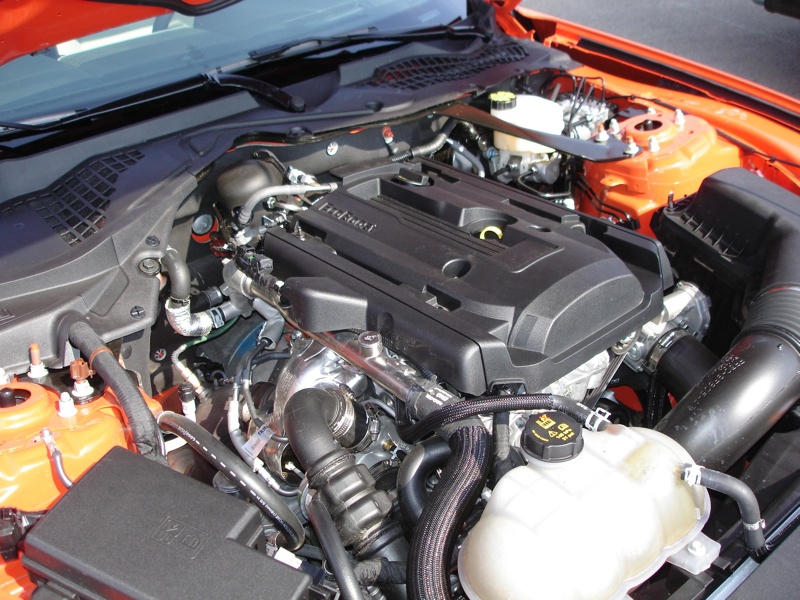 The turbo four really surprised me with how strong it felt. There was minimal turbo lag and the engine felt very responsive. Still, it’s no V8, but is probably a better choice in terms of performance and fuel economy than the base V6. Mustang purists would still want the V8 with the traditional grunt and growl of a 5.0L V8.

I like the styling of the new Mustang, but I don’t care for the black wheels. To me, they make a car look gritty or like a cop car. Chevrolet also offers the black wheels on the Camaro and Corvette, and I don’t like the look of those wheels either. I’m old school and like bright wheels or at least a bright rim (polished aluminum, chrome or painted silver) with matching, painted or gun metal spokes.