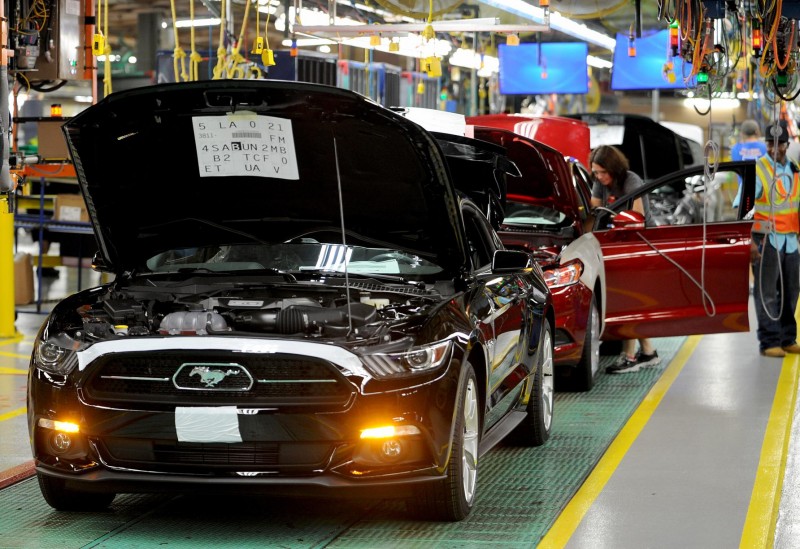 The highly anticipated, all-new Ford Mustang rolls off the line today at Flat Rock Assembly Plant, marking production of the sixth-generation pony car. For the first time in its 50-year history, Mustang will be available globally to customers in more than 120 countries around the world.

The addition of a right-hand-drive Mustang to Ford’s global vehicle lineup will allow the iconic pony car to be exported to more than 25 right-hand-drive markets around the world, including the United Kingdom, Australia and South Africa.

In April, Ford celebrated the 50th anniversary of the original Mustang. In commemoration of this, each 2015 model will be adorned with a badge on the instrument panel that includes the galloping pony logo and the words “Mustang – Since 1964.”

The 2015 Mustang’s specs were announced a couple of months ago. With three engine options available, including the V6, V8, and four cylinder EcoBoost, the 2015 Mustang offers a host of options and configurations to the buyer. Perhaps the most anticipated Mustang in history, Ford surely hasn’t cut any corners in delivering one of the finest iterations of the iconic pony car in the nameplate’s half century of life.