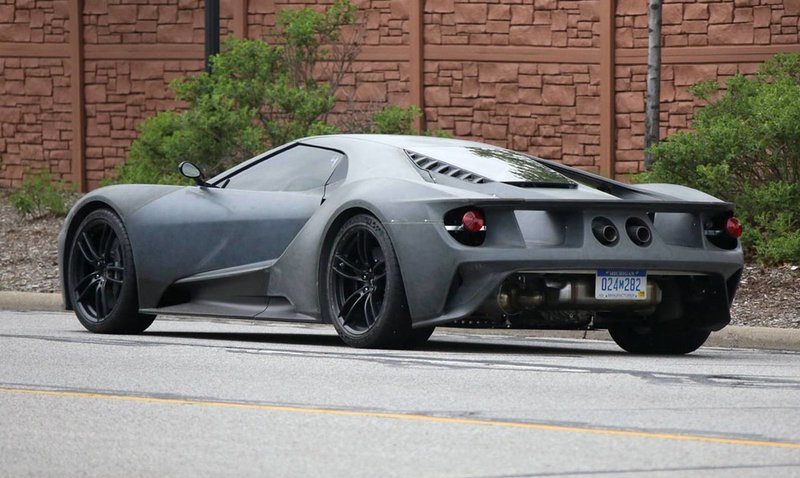 Now that the GT has debuted both in Europe and China, Ford has started to care less about secrecy and has recently been developing the new version out in the open.

The new Ford GT was originally unveiled as a concept in Detroit. However, the car spotted testing on the roads looks almost identical to that concept (If you didn’t know, most cars don’t end up looking exactly like the concept).The design is insane, but the body still hints at some of the nuances once found in the classic Le Mans racer. One of the most breathtaking features is the gaping air vents along the side which extend all the way out of the rear.

The new Ford GT will roll off the Ford production line next year, just in time to honor the 50th anniversary of the Ford GTs 1st, 2nd and 3rd at the 1966 24 Hours of Le Mans.

The new Ford GT comes loaded with a twin-turbocharged 3.5-liter V6 unit pushing out more than 600 hp. The exact figure is not yet known but some say it could very well be a lot closer to 700 hp. Underneath the body, the GT sports carbon fibre monocoque with complementing aluminium front and rear subframes. On the outside, the bodywork is expected to be made mostly out of carbon fiber.

To access the interior, Ford has promised some sort of variated upward-swinging doors. The GT will also get a fixed seating position with adjustable pedals and steering column to accommodate almost any driver. 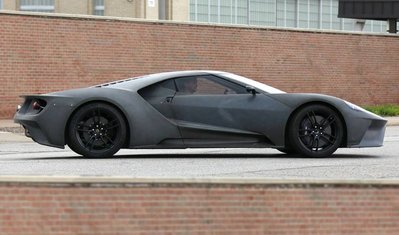