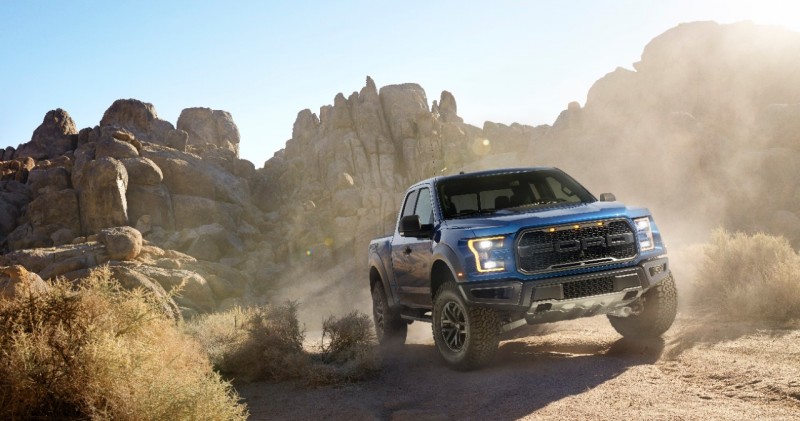 Some were concerned at the prospect of the 2017 Ford F-150 Raptor only being powered by a 3.5 liter EcoBoost V6, but now we have an official report stating there really is no reason to fret at the exit of the 6.2 liter V8. The reason is because the incoming 3.5 liter EcoBoost V6 will actually outdo the old V8 by at least 40 hp. So, more power at almost half the displacement- not too bad.

The 3.5 liter twin-turbocharged, direct injected V6 that’s powering the 2017 F-150 Raptor will produce a grand total of 450 horsepower- an almost 40 hp upgrade over the outgoing V8. And if you’re fearing the the smaller engine won’t yield sufficient torque numbers, think again. The current V8, when mounted in the Raptor, produces 434 lb. ft. of torque, compared to the F-150 EcoBoost’s 410. But the EcoBoost V6 will probably be much improved by the time 2017 rolls around and it gets fitted into the Raptor, so there will probably be an appreciable torque increase as well.

If you were conjuring an image of the recently unveiled Ford GT at the mention of the 3.5 liter EcoBoost V6, you were thinking the same thing we were. It is indeed the same engine under the hood, the only difference being that the GT’s version produces in excess of 600 hp.

Ford chief of R&D Raj Nair confirmed all of the aforementioned in an interview with Automobile magazine.