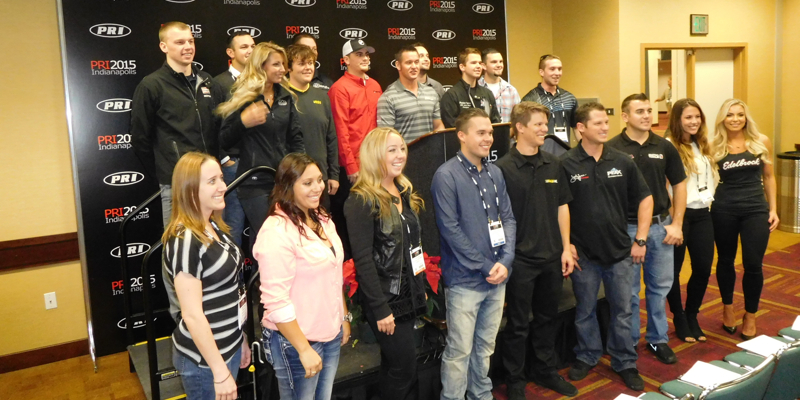 Drag Illustrated magazine recognized the inaugural members of its highly anticipated ’30 Under 30’ list at the Performance Racing Industry (PRI) Show in Indianapolis, Ind., on Dec. 10. Twenty of the 30 winners were in attendance including Brittany Force and five other young ladies.

Celebrating some of the brightest young people in drag racing, the list and its members are the subject of Drag Illustrated’s Tomorrow Issue, which was released during the trade show.

“This has been one of the most exciting projects we’ve ever tackled,” Drag Illustrated Editor-in-Chief Wes Buck said. “We want to make sure all these young guys and gals get the credit they deserve.”

“Compiling this list—without question—was one of the most challenging things I’ve ever been a part of,” continued Buck. “We received over 5,000 nominations. I hope the 30 Under 30 program serves as validation of their efforts over the years, as well as inspires other young people to get involved in drag racing or remain involved.”