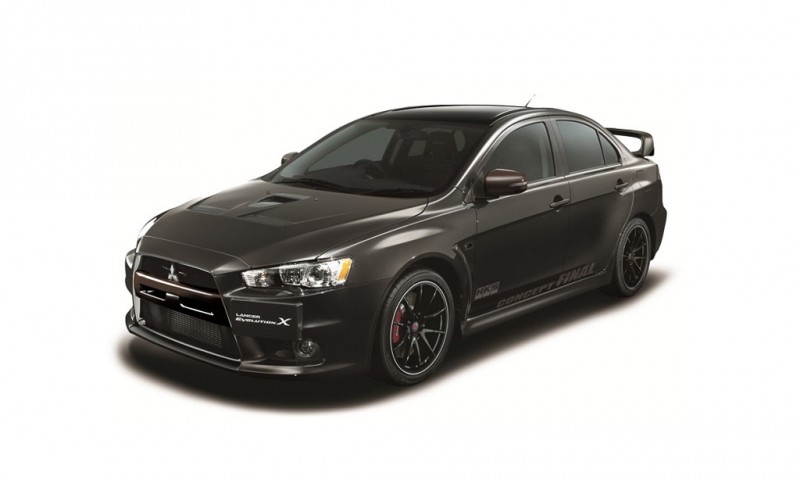 The Lancer Evolution X Concept Final employs the same 2.0 liter turbocharged in-line four as the rest of the Lancer line, but it gets a pretty big boost- 473 horsepower to be exact, which makes the standard Evo’s 291 horsepower seem rather paltry. The increased performance comes by way of high-flow intake and exhaust, an improved inter-cooler, and a re-calibration of the ECU. Japanese tuning company HKS also had their way with the car, making sure every last horsepower has been squeezed out of the 2.0 liter engine.

The car employs a five speed transmission, and the adjustable suspension has received a performance tune by HKS, also lowering the car in comparison to the standard Evo. 19 inch RAYS forged aluminum wheels and Yokohama performance tires endow the Lance Evolution X Concept Final with everything one could ask for on the track.

Full details and production specifics on the car will be made available to the general public once the Tokyo Auto Salon begins on January 9th, 2015.