The AACA Museum’s future exhibit will be housed permanently in a dedicated 5,200-square-foot gallery.

The Antique Automobile Club of America (AACA) Museum announced it has approved the design for the new permanent Tucker vehicle exhibit. Well known as the world’s largest collection of Tucker automobiles and related items, the AACA Museum relocated to Hershey the well-known grouping from the estate of museum supporter David Cammack after his passing in April 2013.

“Losing our dear friend David Cammack earlier this year was a very sad occasion,” noted Mark Lizewskie, Executive Director of the AACA Museum, ” but we are honored to be able properly display his passion for the Tucker automobiles in this very compelling exhibit.”

The vehicles include Tucker #1001 – the first ‘production’ prototype, Tucker #1022, and Tucker #1026 – the only Tucker built with an automatic transmission.

A total of 51 Tuckers were built by hand in Chicago, of which 47 are known to still exist.   Preston Tucker and his story was detailed in Francis Ford Coppola’s 1988 film, “Tucker: The Man and His Dream” and certainly helped bolster the public’s intense fascination with the “Car of Tomorrow”.

The AACA Museum’s future exhibit will be housed permanently in a dedicated 5,200-square-foot gallery.

Rather than merely displaying the collection in an ordinary fashion, the exhibit will not only showcase the cars themselves, but will chronicle Preston Tucker’s life and history before and after the fabled Tucker ’48.

“We intended from the very start of the design discussion that we would educate our guests about Tucker’s process and determination to create something special”, stated Lizewskie. “We listened carefully to input David Cammack and his family provided us, and we were quite pleased to learn that it mirrored our vision. The end result needed to be something that would complement our stunning displays that are already throughout the Museum. Being a permanent display, we knew the Cammack Tucker Gallery had to be fantastic right from the start. Once the Tuckers are in, they’re in!” 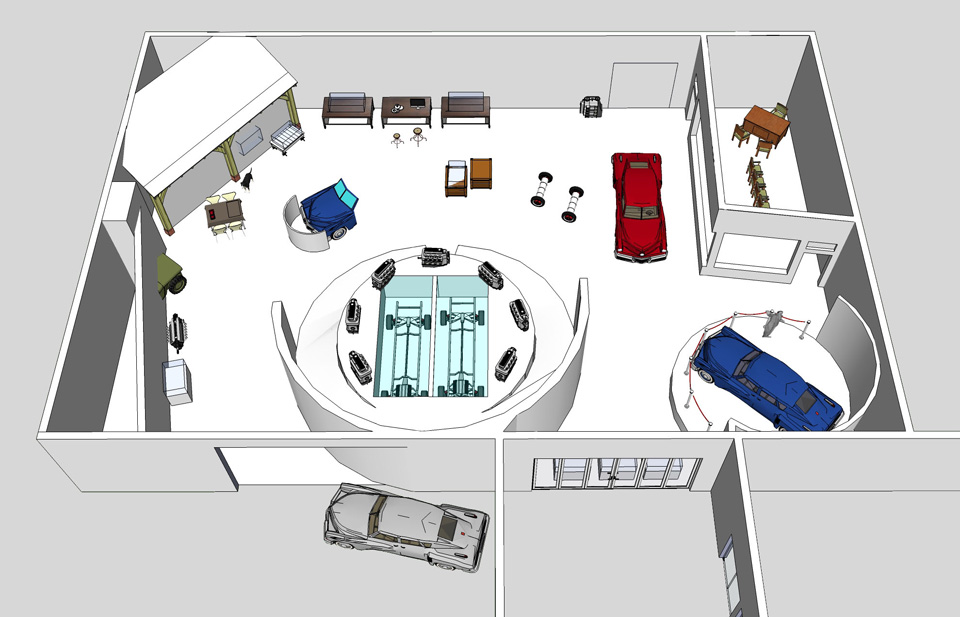 William D. “Bill” Cammack, nephew of David, expressed his family’s thoughts of the new Tucker Gallery by noting, “I would say that the chosen design is very innovative and exciting, but that most importantly it does an excellent job of telling and preserving the story of Preston Tucker and his car.

This story was one that fascinated and inspired Uncle Dave for most of his life, and I believe he would be very proud of how the collection will be displayed”.

Cammack added, “I would also like to say that I have been very pleased with how the transfer of the collection [from Alexandria Virginia to Hershey]has taken place.  Things went very smoothly, and I would like to thank Curator Mike Vojtasko especially for all of his hard work.”

The job of transforming ideas and concepts into reality was given to Museum volunteer Jim Booth of Jim Booth Designs. Lizewskie was proud to say, “We are extremely lucky to have Jim as one of our many dedicated volunteers. We sat down with him and explained what we wanted, and what he delivered to us far exceeded our goals! “. He added, “Jim’s proposal was easily approved by the design committee and the entire Museum Board. Not only will it be visually stimulating, but fully interactive and very educational.”

Booth commented, “I am excited to be a part of the AACA Museum’s team and design the new Tucker Exhibit. It was something I didn’t have to think twice about, as it combined both my love for museums and my interest in antique automobiles. Exploring Mr. Cammack’s amazing Tucker Automobile collection reveals the passion and dedication he had for the Tucker, much like the passion and dedication Preston Tucker himself had for the car he created.”

Bringing Booth’s design to fruition won’t be inexpensive. “Obviously to build this gallery properly it will take a great deal of capital”, stated Lizewskie. “We will be kicking off a capital campaign using traditional methods as well as web-based crowdfunding programs. We intend to not only reach out to individuals but also corporate sponsors. Even though much of the construction can be performed in-house, some of the materials used will still be costly”. An example given was the architectural glass that will allow visitors to walk above the Tucker factory test chassis within the Engine and Chassis Platform of the exhibit. Lizewskie noted, “The glass portion alone could cost $70,000. The Platform is the centerpiece of the Gallery, and will be the most expensive aspect of the design.” 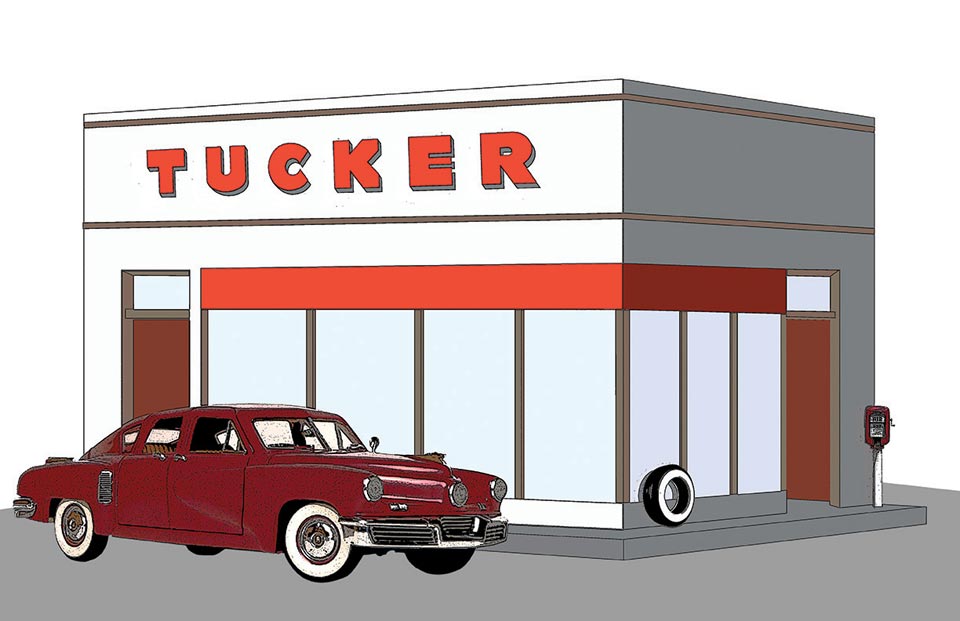 Preston Tucker‘s family, including grandson John Jr. and great-grandsons Mike and Sean Tucker, have also endorsed the project, expressing their willingness to act as historical advisors.

Sean Tucker was elated to view the design. “The effort being put forth by the AACA team in the presentation of the Cammack Tucker collection is not only an honor to the Tucker family but also to the man who had an amazing passion to preserve the history of the Tucker story”, exclaimed Sean Tucker.

“As a member of the Tucker family it is truly a privilege to serve as a Historical Advisor to this exciting endeavor.”

Lizewskie commented, “We are targeting the AACA Fall Meet in October for our Grand Opening. The opening reception will be a spectacular addition to an already festive week!” Following cues from Preston Tucker himself, the three Tucker 48s will not be displayed until the opening of the gallery. “We want to keep everyone in suspense until the big day!”

The AACA Museum encourages the public to monitor progress through its website http://www.aacamuseum.org/exhibits/upcoming/tucker-automobiles-the-cammack-collection/ and social media pages