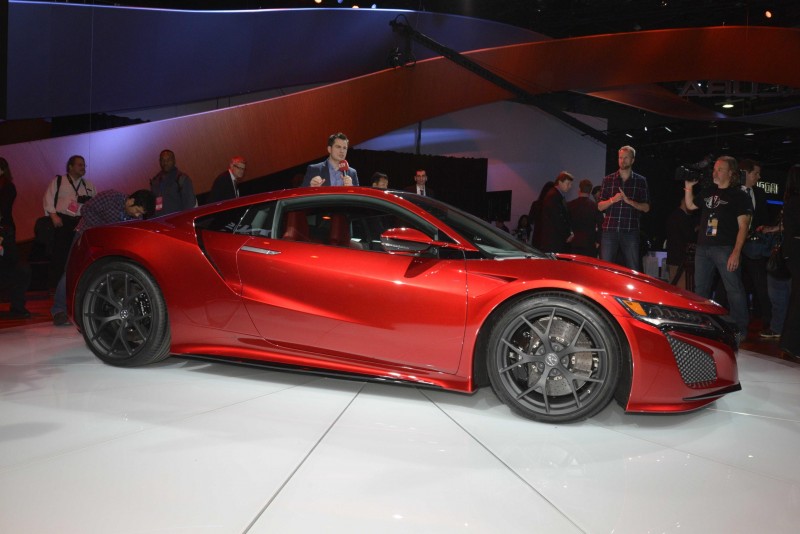 Along with the rumored Ford GT successor, the Acura NSX has been one of the most hotly anticipated cars of this year. The wraps finally came off last night to a select press preview during the 2015 North American International Auto Show in Detroit, Michigan. Acura’s new flagship performance model aims to rekindle former glory by adding modern styling and technology to a time-tested name-plate.

The new NSX is surprisingly supercar-esque in shape. As I paced the Acura exhibit in Detroit, where the new car was displayed, I heard murmurings that it resembled a McLaren 650S; I can’t deny this assertion. The NSX of today hearkens back to its heritage- at least, in a sense. The twin-turbo V6 that graces the car is coupled to a nine-speed dual-clutch transmission that was developed by Acura specifically for the new NSX, promising racecar performance. The new V6 is mounted longitudinally and cylinder banks are opposed at a 75 degree angle; this contrasts the transverse mounted 90 degree V6 of the days of old. 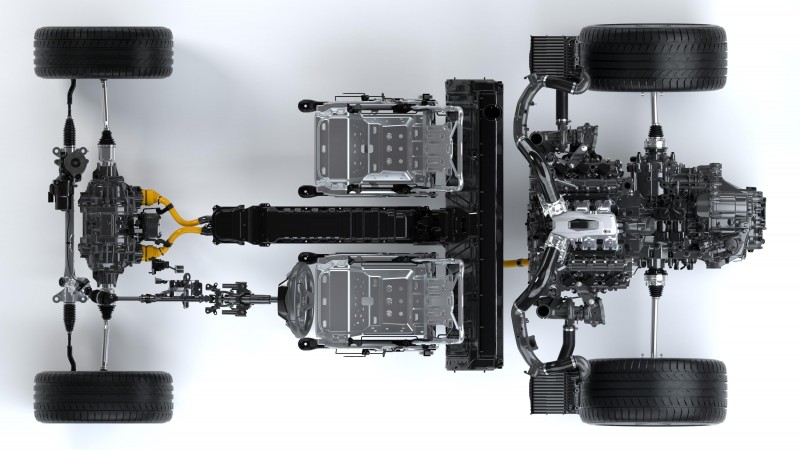 The NSX’s engine is race derived, employing a dry sump oil system and a valve-train derived from the company’s IndyCar power units. The car is equipped with an array of driving modes, including hybrid and all-electric drive.

A rear spoiler and diffuser evidence the car’s aerodynamic acumen. The frame is composed of lightweight aluminium, and carbon fiber is employed in floor and other components. 19 inch wheels in the front and 20 inch wheels in the back complement Brembo four piston calipers in the rear and six piston calipers in the front, adorning carbon ceramic disks. Acura has yet to release any specific performance figures, though we do know that the new NSX is a slight bit larger than its predecessor. 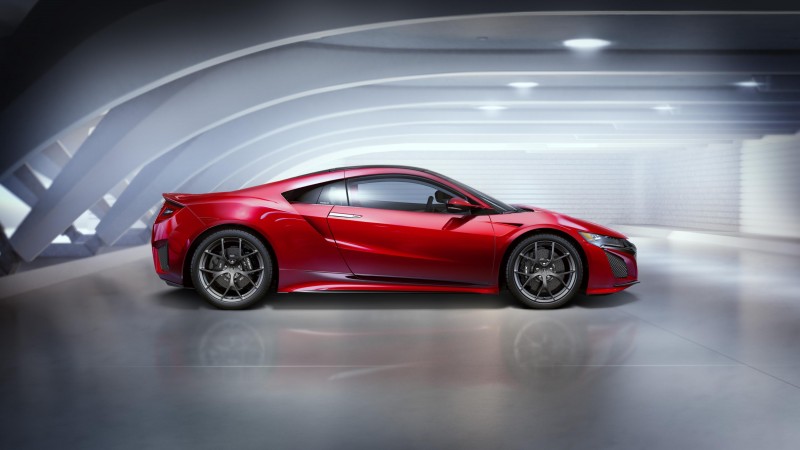