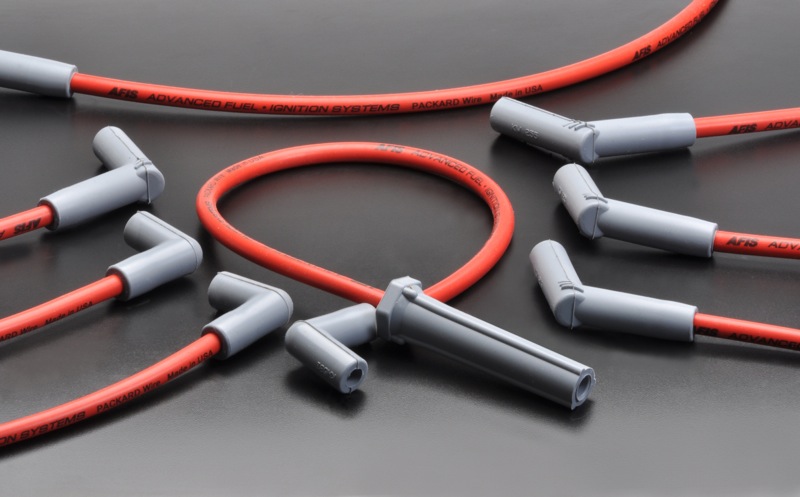 At its center the strong, heat-resistant synthetic core fiber is impregnated with carbon. The spiral core, which is wound around the fiber, prevents the magnetic field, the electrical noise, from being transmitted to other electrical components. In addition, the wire sets feature a superior jacket that promises the best combination of low- and high-temperature performance. The jacket is also resistant to dielectric failure, proving to be particularly effective if put in contact with under-hood fluids—oil, brake or transmission fluids.

Between the jacket and the spiral core a robust, woven fiberglass braid and mesh tape is applied to improve terminal pull-off resistance. Often the major concern with plug wires is reflected in the extent of deterioration of their cores. Significantly, AFIS not only tests every ignition wire set but also engages in endurance testing to ensure peak performance is maintained over prolonged periods. Prices of AFIS ignition wire sets start at $49.95.