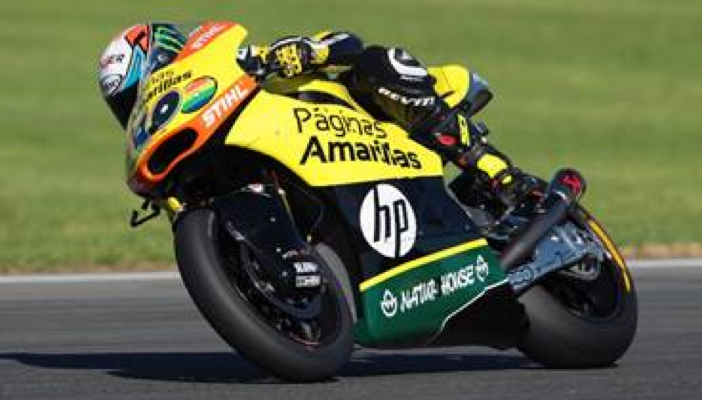 The 2015 season of Moto GP racing wrapped up in Valencia at the Valenciana GP, which featured decisive races for the MotoGP, Moto2 and Moto3 classes, and provided plenty of thrills.

In the Moto2 event, Spain’s Alex Rins (Paginas Amarillas HP 40) was second at the finish line, right behind his fellow countryman Tito Rabat. At the very start of the race there was a major crash that took out many riders. Then things got heated up during the duel between the two Spaniards, but in the end Rabat got the better of Rins in a photo-finish.

The 2015 season has definitely been a victorious one for Alex Rins, the young Catalan talent born in 1995. Rins was starting out as a rookie in this class, yet he finished the World Series in second place with 234 points, on the heels of the winner, Frenchman Johann Zarco (352). 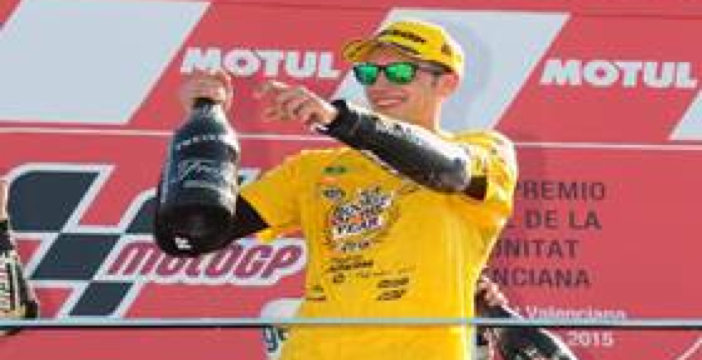 This important achievement is the result of how consistent Rins has been throughout the entire season. In fact, Rins made it to the podium 10 times, with 2 victories (Indianapolis and Australia), 5 second places and 3 thirds. He also scored 3 poles and 4 fastest laps in races. These important numbers have made Rins “the rookie of the year 2015” in Moto2. They are numbers and performances that promise a great future on the track for this kid, who has turned out to be one of the best talents on the track from the Sidi Sport stables.