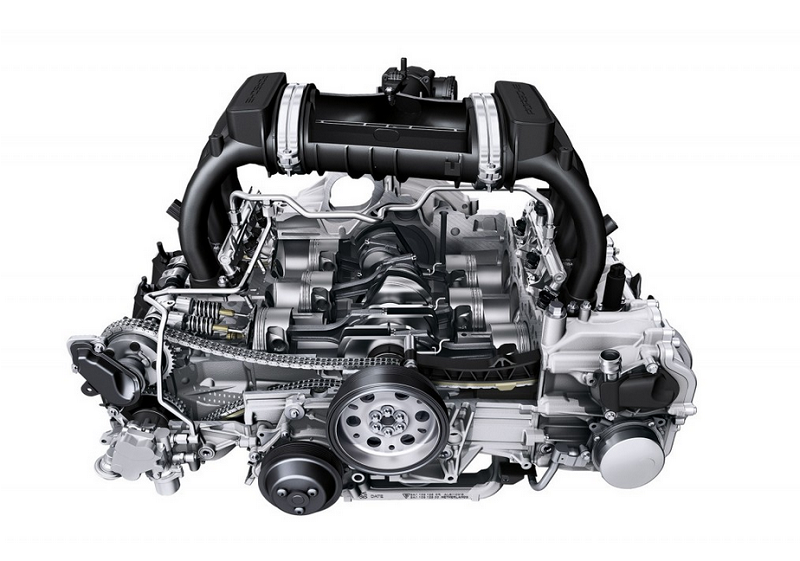 Many have been wondering for the last few years why a manufacturer of Porsche’s caliber didn’t turbocharge most of the models within its range. To many, the idea of a performance car in the supra-$150,000 range seemed foolish- but not to some of the purists, of course. Well, now we have news that, with the exception of the GT3 and GT3 RS, the entire 911 line is getting turbocharged.

The 500 hp GT3 RS, which sits near the top of the 911 line will remain one of the last great bastions of naturally aspirated engine offerings in the line. Starting with the 2016 models being produced later this year, the German manufacturer is standardizing turbocharging across the entire range. When asked for a reason, Porsche chief of R&D Wolfgang Hatz opined that emissions ratings were the impetus, as the company strived to make its engines more and more efficient. Hatz stated,

“Every new model will have lower CO2 than before… if you look at euro per g/km, then it’s turbo.”

So there you have it- turbochargers to go around. It’s unclear what this will do to the 911 Turbo nameplate, which has over 40 years of heritage behind it. With all of the lower models being turbocharged anyway, the hallmark of the 911 Turbo, it may erode the very purpose of the name-plate. However, Porsche may well keep it around, merely to denote a higher performing model variant; the 911 Turbo currently differs from lower model range offerings in aspects such as engine size and other technical features.

Hatz also went on to say that, not only are turbochargers coming to the Porsche line like never before, but that the 911 will also likely get a hybrid setup before the end of the decade. In regard to this, Hatz stated,

“…at the end of the decade electrification has to be the next huge step.”