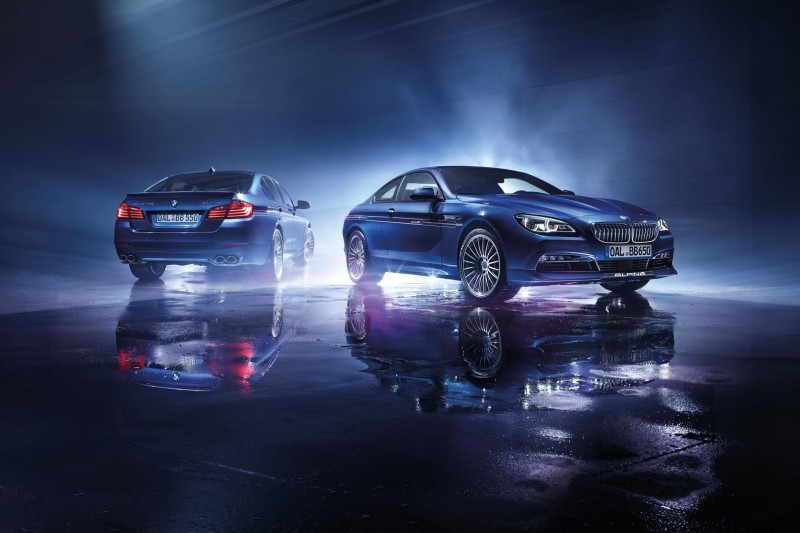 Though many haven’t heard of Alpina, they’ve been around for quite some time. The German firm works to tune and modify BMW vehicles, for those enthusiasts who want a little bit more than what the stock BMWs have to offer. Now they’re releasing their Edition 50, to commemorate a half century of engineering and performance heritage.

Alpina will create 50 new sedans and 50 similar coupes to celebrate the company’s half century this year. Based on the B5 Bi-Turbo and the B6 Bi-Turbo respectively, each vehicle will include hand-crafted Edition 50 body and trim features and a remarkable, heavily revised V8 that will propel the luxury five seater from 62 mph in 4.2 seconds and on to a top speed of 204 mph. Alpina’s fifty year heritage includes the creation of some of Europe’s most highly-regarded luxury performance road cars and iconic race cars including the legendary BMW 3.0 CSL.

With 600 horsepower and 590 lb-ft of torque, Edition 50 is the most powerful road car ever developed by the German company. A notable testament to Alpina’s 70-strong engineering team is that this huge performance is combined with fuel economy (on the most representative combined cycle) of 29.7 mpg and best in-class CO2 emissions of 221 g/km.

Based on BMW’s proven 4.4 liter V8, the B5 Bi-Turbo’s heavily-revised engine uses two Alpina-specific turbochargers located between the cylinder banks, operating in parallel, delivering up to 1.2 bar. Particular attention has been paid to air flow optimisation, with short intake paths and optimised radii to allow near-instantaneous throttle response. Charge density and thermal stability are further enhanced by a combination of large-volume air-cooled intercooler behind the bespoke front spoiler with two smaller, Alpina-developed water-cooled intercoolers close coupled to the turbochargers. A large-capacity oil radiator and supplementary coolant radiator, also mounted behind the front spoiler, further improve thermal stability. Many other engine components have also been optimized for very high performance with long life, including new light-weight pistons designed to accommodate the high thermal loads of prolonged high-performance driving.

Compared with the standard B5 Bi-Turbo, further optimization of the induction system, a high-capacity fuel system and other unique upgrades have released an additional 52 lb-ft  of torque and 60 horsepower for the Edition 50 yet the car offers the same high levels of durability that would be expected from any Alpina. Like all new Alpinas, it will be supplied with a two year BMW-endorsed warranty.

The aerodynamics, transmission, handling, comfort, styling and weight have also received further attention. The cars feature the first major restyle of the Alpina Classic wheel for more than a decade. Side cuts in each spoke combined with a design that takes advantage of the high strength that can be achieved with forging, has reduced the weight of each set of four wheels by 15.6 kg compared with the previous 20” design; a remarkable achievement considering the width has increased to 9” at the front and 10” at the rear.  Each wheel carries the Edition 50 logo on the rim and provides a clear view of the Alpina Blue brake callipers. The light-weight titanium exhaust system, developed with specialist supplier Acrapovic, improves throttle response by minimising back pressure and saves a further 17 kg compared with a stainless steel system. A limited slip differential is also standard, as are subtle aerodynamic enhancements developed in BMW’s wind tunnel. 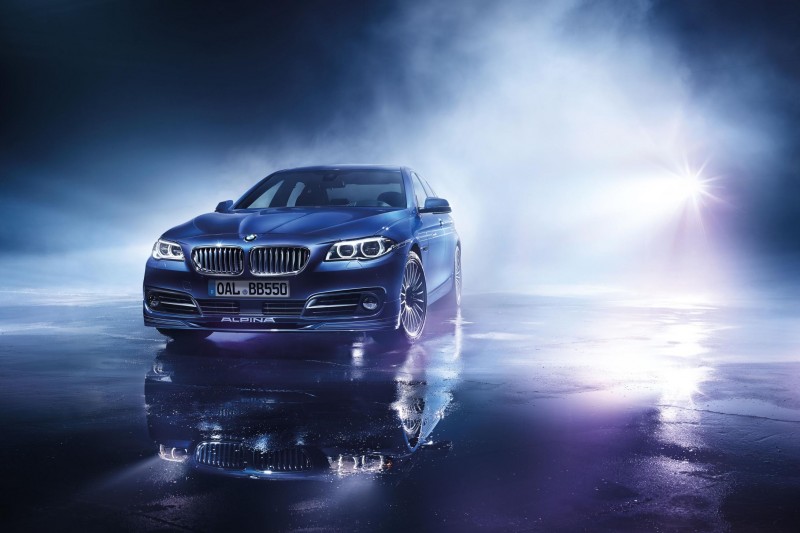