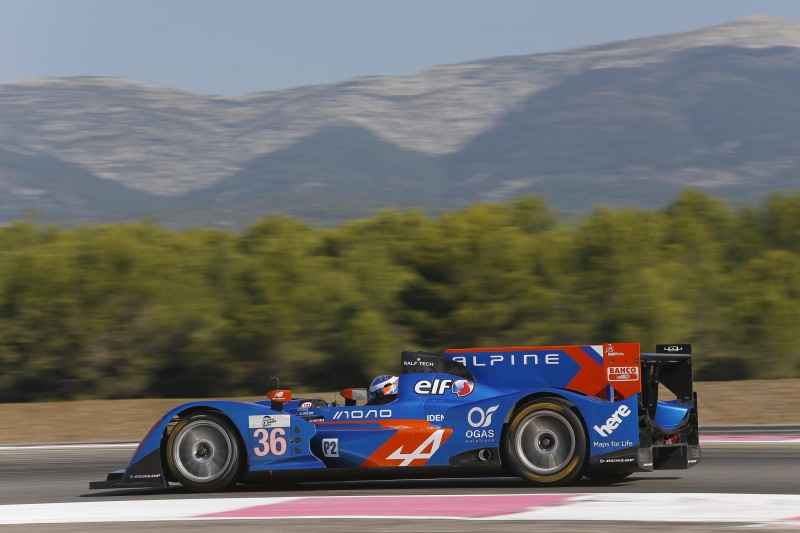 Alpine’s return to racing was announced at the start of the 2013 and has since harvested a long list of top results, including ELMS titles in 2013 and 2014, as well as LM P2 podium honors at Le Mans in 2014.

With these two successful seasons under its belt, Alpine has decided to turn up its programm a notch in 2015 when the Alpine A450b will appear at all eight rounds of the FIA World Endurance Championship (WEC), the highlight of which is the Le Mans 24 Hours. Alpine CEO Bernard Ollivier opined on the decision,

“The world championship represents a whole new challenge. The context will be very different because our aim will be to make a name for ourselves in the LMP2 class. It will be a chance for us not only to keep learning but also to showcase our ability in parts of the world that are important for our brand. This program will benefit Alpine’s image across the globe.”

Vincent Capillaire, who won an ELMS race in 2014 and came fourth in the LM P2 class at last June’s Le Mans 24 Hours, will be Signatech-Alpine’s ‘silver’ driver, while Nelson Panciatici and Paul-Loup Chatin have been promoted to ‘platinum’ and ‘gold’ status respectively.

The move is a logical one for Alpine, which is seeking to establish it motorsports reputation before launching its first production sports car in the near future. The storied French sports car brand is owned by Renault and is making a resurgence after its more than 20 hiatus.