AMSOIL has signed on as title sponsor and official oil of an exciting project vehicle to be unveiled at SEMA 2014 in Las Vegas. Chrysler Group conducted a nationwide search for a talented team to modify a 2015 Challenger fresh off the line, months ahead of release to the market. Vintage Race Rentals and Pfaff Designs were selected out of countless proposals to take on the project. Named Rapture Challenger, the finished vehicle will be a show-stopping display of power and performance on a truly American modern muscle-car. 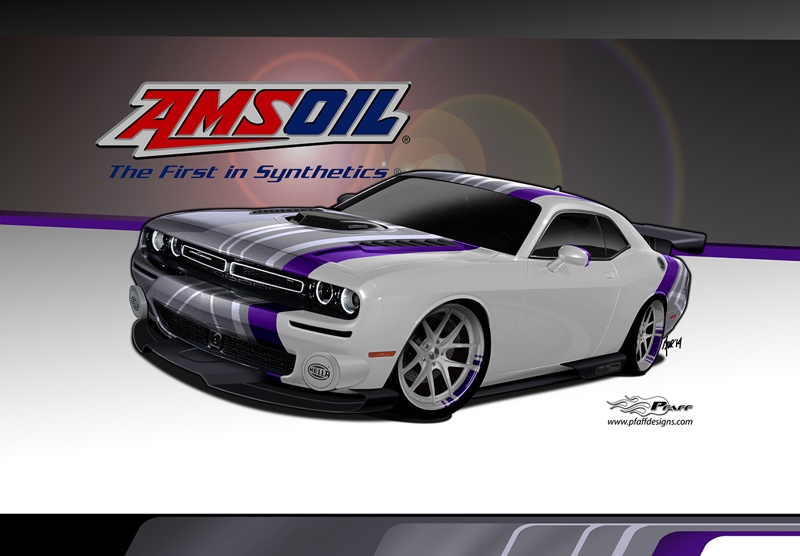 If you’re headed to SEMA, this is something you won’t want to miss. Rapture Challenger will be unveiled in the AMSOIL booth live at SEMA in front of industry leaders while cameras roll. After the show, it is slated for high-profile appearances at national and regional events with TV coverage, magazine features, social media campaigns and much more. SEMA attendees can witness the official unveiling at AMSOIL booth #24661, November 4, 9:30 a.m. For those unable to attend the SEMA event, Rapture Challenger will also be on location in the AMSOIL booth #3175 at PRI December 11-13.