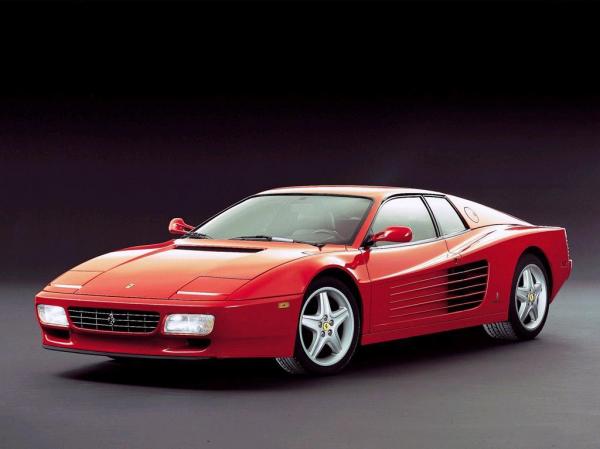 The Ferrari Testarossa is somewhat of a forgotten gem from the 1980s- an era where the Lamborghini Countach ruled the supercar world. Some lament the car as an oddity that never should have been built, while others praise it as an under-appreciated pillar of 1980s performance.

Badged as the F512, the Testarossa began production in 1984, running until 1991, when it was redesigned and upgraded for its second generation. Production of the newer variant ended in 1997.

Being the only production car in history to ever be fitted with a flat twelve engine, it certainly does get points for being unique. If you love flat engines, you’ve got to get yourself one of these; you’d be hard pressed to find a flat eight, let alone a flat twelve.

The Testarossa’s 4.9 liter flat twelve was a DOHC naturally aspirated engine that incorporated an aluminum block and heads and was coupled to a five speed manual transmission. The car produced a modest 380 horsepower and 354 ft. lbs. of torque. Capable of a 13.3 second quarter mile at a speed of 107 mph, the Testarossa propelled itself to sixty miles an hour in 5 seconds flat(no pun intended.) Top speed was limited to 176 mph, and, in 1985, all of this could be yours for a mere $100,000.

In the video below Testarossa owner and Evo magazine founder Harry Metcalfe walks us through what its like to own a Testarossa, including the highs and lows of the car.

Also, if your’e intrigued by the thought of a twelve cylinder boxer engine, here is a video of the Ferrari 4.9 running on the dyno.