The Automobile Racing Club of America (ARCA) announced a progressive and innovative engine package option for use in competition beginning in 2015. 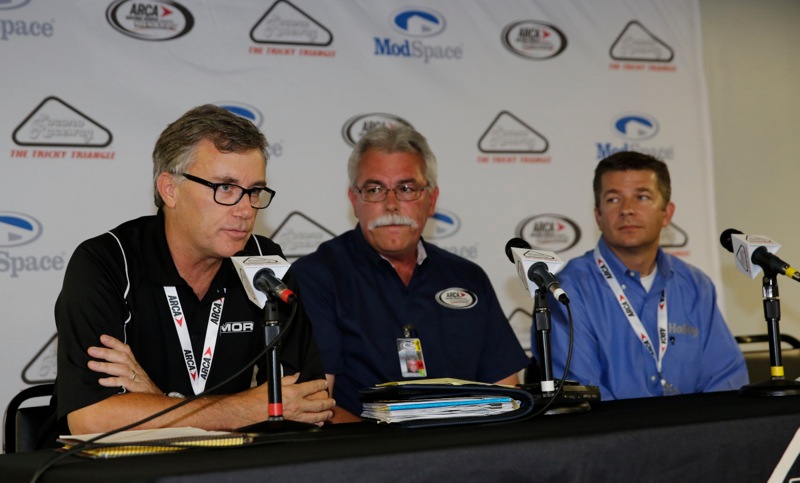 The ARCA Racing Series will use the ARCA Ilmor 396 engine, a purpose-built powerplant developed and assembled by legendary engine builder Ilmor Engineering. The ARCA Ilmor 396 will deliver 700 horsepower and 500 ft. lbs. of torque, with durability and performance standards.

“I am pleased to announce today the conclusion to a long and extensive search to find the right strategic partner to help us address the challenges of rising costs in our series,” said ARCA President Ron Drager. “It is my pleasure to announce that Ilmor Engineering has partnered with us to develop the ARCA Ilmor 396, engine technology which provides a long term, stable platform delivering an economical and competitive option to our existing engine configurations.”

The ARCA Ilmor 396 will be fuel injected, with Holley EFI technology regulating the Electronic Control Unit and the fuel injection system. “We’re proud to add ARCA and Ilmor to the growing list of sanctioning bodies, OEMs and professional-level engine builders using Holley EFI electronics and hardware on their race engines,” said Trevor Wiggins, Holley VP of Sales. “Our EFI engineering and tech groups are gearing up to assure this transition is seamless.”

“Holley carburetors have powered ARCA racers over two million miles in the last two decades alone, so it is a natural transition for Holley fuel injection to deliver the fuel on the ARCA Ilmor 396,” added Drager.

Paul Ray, president of Ilmor Engineering, said, “We’ve partnered with ARCA to construct a durable, reliable engine capable of running 1500 miles between re-builds. The teams will be able to use the same ARCA Ilmor 396 at short tracks or a superspeedway, a road course or the mile dirt tracks. We have begun to conduct extensive testing, and our plan calls for the first engines to be available for purchase by the teams by early December.”

ARCA teams will have the option of utilizing the new ARCA Ilmor 396 beginning in 2015, or can continue to use the open motor rules package currently in place.

“We have identified and are addressing the financial challenges of racing competitively faced by many ARCA teams,” said Drager. “Our responsibility as the sanctioning body is to manage the bigger picture business model for all our stakeholders. The ARCA Ilmor 396 is the best engine option we can introduce for the long-term health of our series,” said Drager.

The move is significant because of the close association ARCA has with NASCAR. Many of NASCAR’s top teams use ARCA for development drivers because the styles of cars are so similar. Most of the cars used in ARCA are former NASCAR Sprint Cup cars. Along with the cars and drivers, NASCAR teams use ARCA to train most other positions from mechanics to crew chiefs to even team PR personnel. ARCA also races on many NASCAR tracks on the days before the Sprint Cup races. The longtime series has its own character with one of the most versatile schedules in all of racing. From dirt tracks to Superspeedways, road courses to short tracks, ARCA’s vigorous schedule gives racers a well-rounded experience to add to their resumes.

NASCAR is also expected to make an announcement on what will be new rules for the engines used in Sprint Cup racing for next year. The idea will most likely revolve around reduced cubic inches to lower speeds at all the track. Racers in this series recently crested 200 MPH at Michigan International Speedway where the top 20 drivers in qualifying hit 200 or better. An official 200 MPH lap speed has not been seen in NASCAR in over 25 years. When 200 MPH was hit in the past, NASCAR used restrictor plates to reduce speeds. The plates don’t often work on smaller tracks, instead, increasing corning speeds. With all the engineering used in today’s race cars, NASCAR needs to stay ahead of development and control speeds at all the tracks.