Pro Stock Mountain Motors have cubic inch displacements of 820 to 825. Their capacities began much smaller, deriving from original equipment big-block engines of the ’60s. 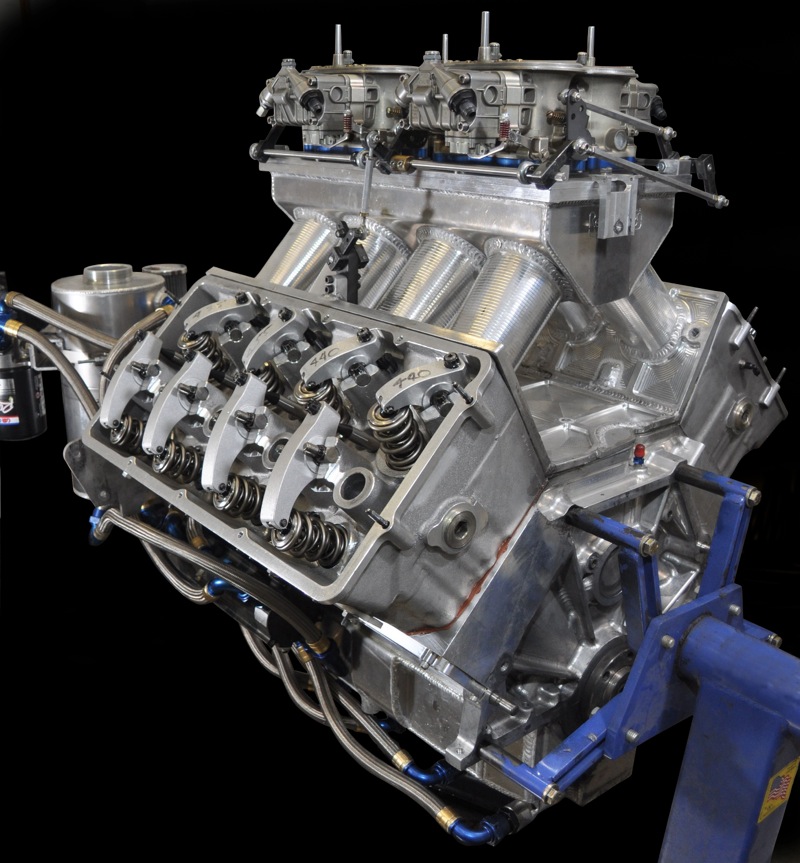 But gradually the dimensions between the pan rails grew, allowing longer-throw cranks to appear with connecting rods measuring 7.750in center to center and 5in bore centers with 4.770in diameter pistons, all functioning within a deck height of 12 inches. Today’s Pro Stock engines operate on compression ratios of around 18:1, run on VP race fuel grade Q16, and generate in the region of 1,900 horsepower. Depending on weather conditions, they run quarter mile elapsed times in 6.25 seconds at speeds close to 225mph. Jon Kaase Racing Engines has been a driving force in the development of these engines for as long as most can remember.

From the beginning, when he worked with Dyno Don Nicholson, Kaase imposed uncompromising standards in race engine building. And his record of success has been impressive: he and his team have produced Pro Stock engines for twelve IHRA national championship winners, plus an NHRA Pro Stock title.

Though their business now includes engine part sales to hot rodders, including the supply of the remarkable Boss Nine engine, the Winder, Georgia firm still maintains about twenty Mountain Motor customers, refurbishing these formidable power plants after every 25 to 30 runs.
When reciprocating engine parts collide (usually pistons and valves) and a connecting rod or rods explode through the engine walls or the oil pan or both, foreign particles are immediately released into the oil stream—sucked into the oil pump rotors. Rod bearings are often first to disintegrate showering the pump with brass, copper, and aluminum.

Seasoned start-line observers will regale you with stories of inexperienced drivers breaking connecting rods at the starting lights and driving the entire length of the track, not knowing the vibration from the engine compartment was signaling terminal distress. If the camshaft can still operate usually the engine will continue to keep running—tearing itself apart all the way!

The chief concern about engine durability is the limited life of the connecting rods and also the condition of the skinny top pistons rings. Life-cycling of these critical parts and others must be strictly observed in the rarified air of Mountain Motor Pro Stock racing.