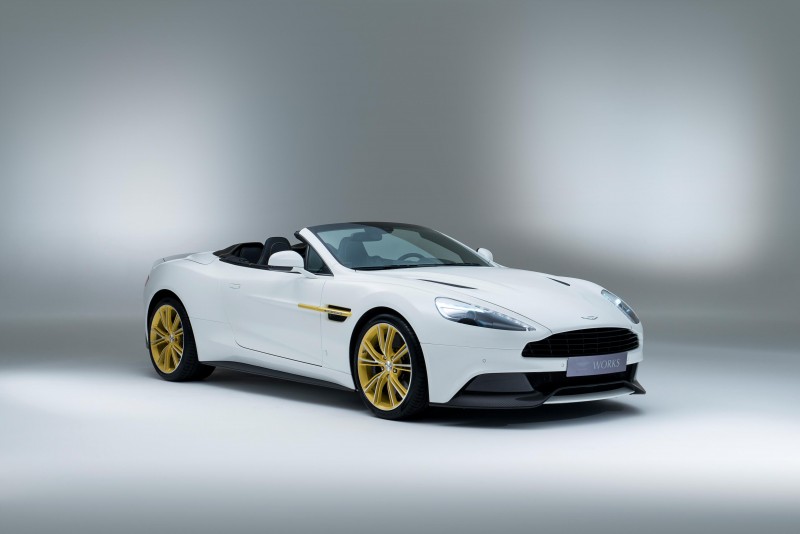 Aston Martin Works – which marks its diamond jubilee in 2015 – is celebrating 60 glorious years at Newport Pagnell with the commissioning of six limited edition sports cars.

The first of the cars was revealed, Friday December 12, at the Buckinghamshire-based firm’s customer Christmas celebration, which also forms the start of 12 months of exciting anniversary activity at Aston Martin Works.

The six bespoke cars, all versions of the current Vanquish super GT in either Coupe or Volante form, are being created in association with the luxury British brand’s Gaydon-based design team, and its ultimate personalisation service: Q by Aston Martin.

Each of the six cars is subtly different, and each is tailored to reflect one of the six decades being celebrated. The result is a collection of rare and ultra-desirable sports cars that will be instantly recognisable as ‘Works 60th Anniversary’ models.

A number of elements distinguish the Anniversary cars including trim and paint colour treatments. But, perhaps, the most emotive part of each car comes in the form of a fine detail: bespoke rotaries around the major controls in the centre console of each Vanquish.

Each rotary has been cast from metal that, previously, had formed a piston in an Aston Martin engine of the relevant period. These rotaries are then carefully laser etched with Works’ Anniversary wording.

The six pistons have been drawn from engines in the following Newport Pagnell-built sports cars:

In each case, the relevant piston has been sourced from an engine that has been rebuilt or reworked at some point in its life.

Design direction for the Works Anniversary cars came from the Aston Martin Design team, led by Chief Creative Officer Marek Reichman, while the bespoke elements of each car’s construction have been delivered by the Q by Aston Martin personalisation team at the brand’s Gaydon factory.

“I’m thrilled to be unveiling the first of these cars at our Christmas celebration, and look forward to seeing the remaining models being built and delivered to customers throughout the course of our anniversary year in 2015.” 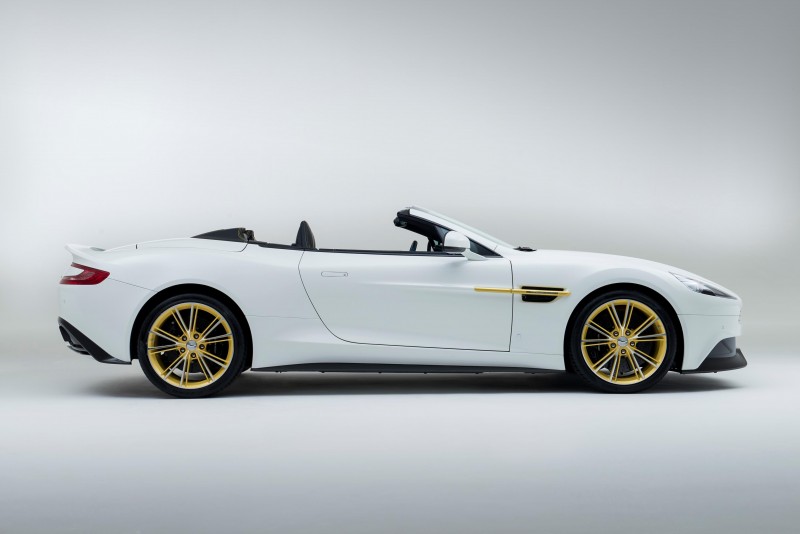