Cold is a relative term. To Crested Butte, Colo.-natives, the town was experiencing a taste of spring with highs reaching around 39°F last week when Aston Martin and Pirelli Tires hosted the Aston Martin On Ice program to demonstrate Pirelli’s Sottozero tire and Aston Martin’s performance capabilities in winter conditions. 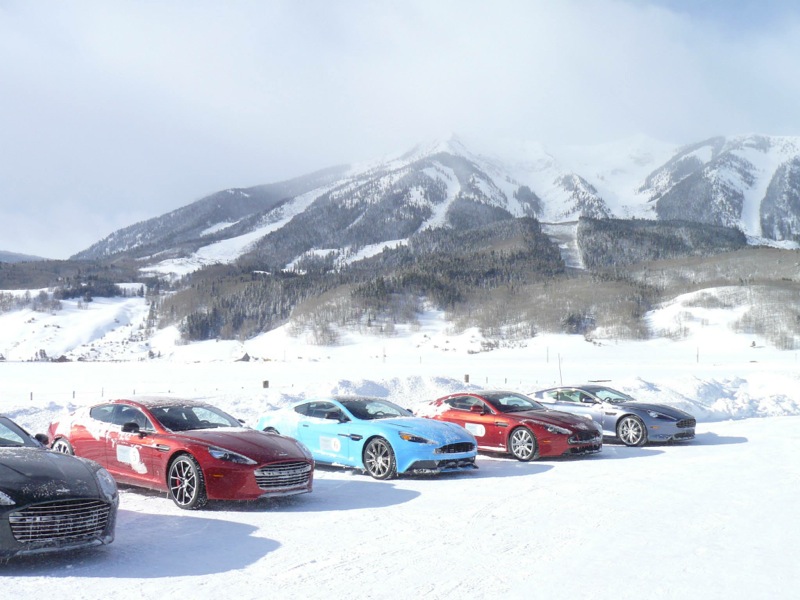 Aston Martin On Ice event organizers, three months prior to hosting media and dealers from across the U.S., cleared a 200-acre patch of rolling land used for cattle farming. This allowed the ground to fully freeze. Three months of ice, snow, wind and freezing temperatures weathered the temporary test track, then bulldozers cleared out the snow to make room for a mile-long track complete with hairpin turns, hills, straightaways and slalom courses.

We’re not talking about a parking lot covered in ice. This was designed as the ultimate test for a fleet of Aston Martins, outfitted with Pirelli’s Sottozero range winter tires.

The Aston Martin On Ice program is the first event of its kind the car manufacturer is holding in the U.S. As a partner with Aston Martin, Pirelli’s Sottozero range winter tires were fitted on each Aston Martin. A total of 100 people, ranging from Aston Martin dealers to North American media, would go through the treacherous course over the week and test the limits of the cars and Pirelli’s winter tires. 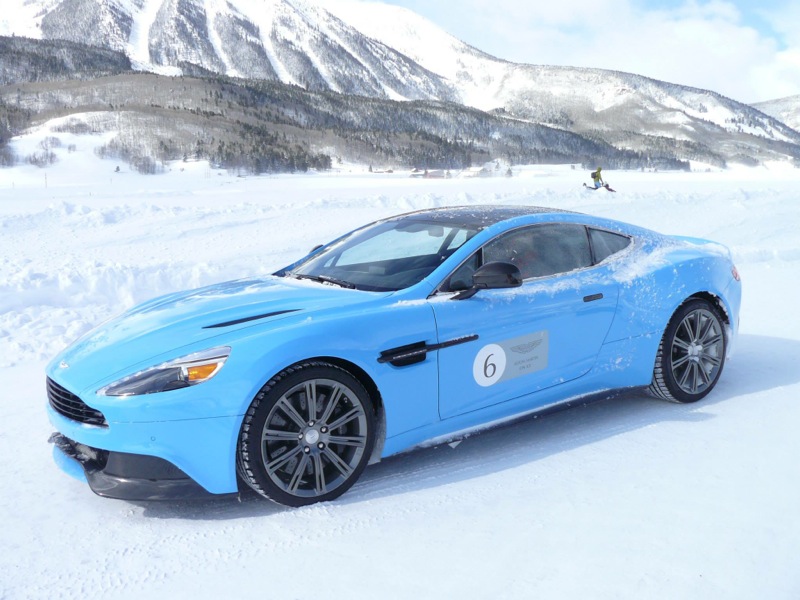 None of these vehicles are all-wheel drive. In fact, Aston Martin prides itself on a rigid chassis and weight distribution methods as ways to provide drivers with better handling in lieu of all-wheel drive. To make things trickier, every single Aston Martin has a V12 engine. That translates to a minimum of 510 HP.

The weight distribution is a result of a front-mounted engine and mid-mounted transaxle, meaning the car’s transmission is behind the driver, allowing a counterweight to the heavy front engine.

That’s interesting engineering, but that alone won’t get the car very far on ice.

“It’s the tire that gives us mobility in these conditions,” said Paul Gerrard, lead instructor at Aston Martin On Ice. “The cars you’re driving are a result of a balanced platform with a great winter tire – there are no other changes to the cars. Weight distribution is great, but the tire makes a massive difference.” 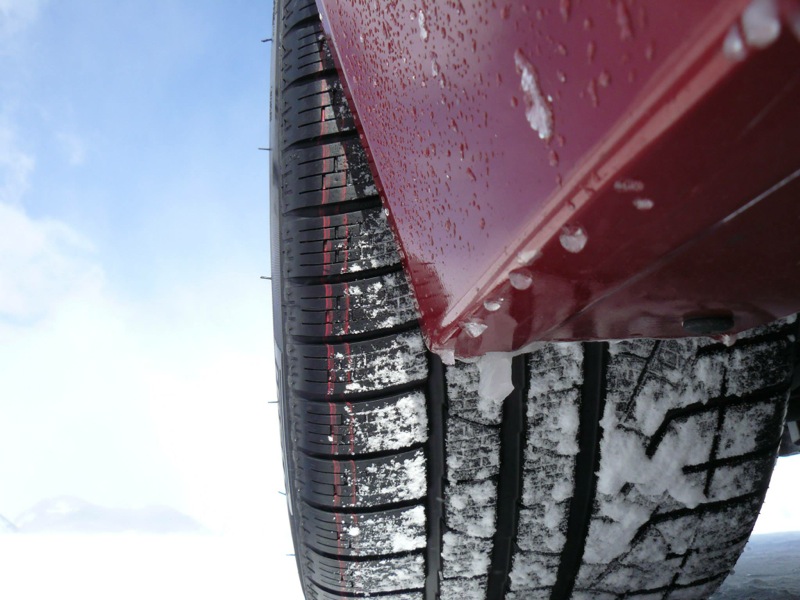 The Sottozero III was developed for premium segment cars with a medium to high engine capacity. The tires feature 3D grooves to capture more snow and improve snow-on-snow grip. Traction is also improved due to the enlarged contact patch from the Sottozero II. The shoulder is more rounded and the grooves deeper to expel water. A new tread compound incorporates specialized polymers, which improve the mechanical, thermal and dynamic properties of the rubber. The tire is available for wheels from 16-21 inches in 11 different run-flat sizes.