Aston Martin has presented its Lagonda Vision Concept, marking the beginning of a new range of state of the art, emission-free luxury vehicles. Production is planned to start in 2021.

Lagonda aims to be the world’s first zero emission luxury brand. It will confound traditional thinking and take full advantage of the latest advances in electrification and autonomous driving technologies, which amount to the biggest revolution in land-bound transportation since the invention of the car.

Lagonda will show how true luxury and modern design, far from being diametrically opposed interests, can exist in total harmony and enhance each other’s most desirable characteristics.

“We believe people associate luxury in their cars with a certain traditional and even old-fashioned approach because, to date, that is all that’s been available to them,” commented Aston Martin President and CEO, Dr. Andy Palmer. “Lagonda exists to challenge that thinking and prove that being modern and luxurious are not mutually exclusive concepts.” 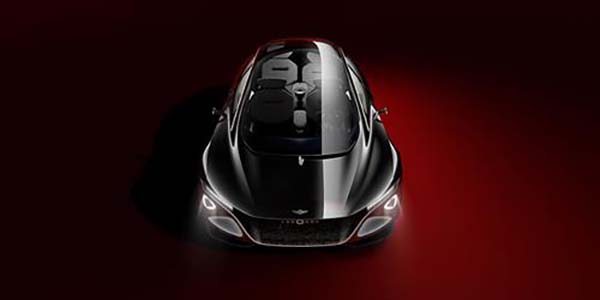 The Lagonda ‘Vision Concept’ is a near future study that previews the design language that could potentially be seen in production Lagonda models as soon as 2021. Alongside the new concept, two 40 per cent scale models will be displayed, one coupe concept and one SUV concept, to illustrate how the Lagonda design language could be adapted for the future.

“The Lagonda Vision Concept is an incredibly bold design statement,” said Aston Martin EVP and Chief Creative Officer, Marek Reichman. “The electrification revolution means there is no longer any need for horse and carriage design, and our new concept shows the scope of design opportunities that open up once you no longer need to provide space for a large power source directly in front of the passenger compartment. In the Lagonda Vision Concept, the batteries occupy the floor of the car. Everything above that line belongs to us.” 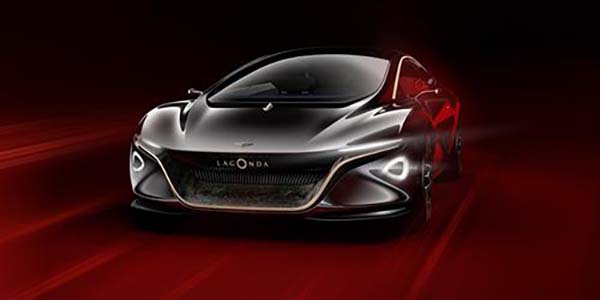 The Vision Concept showcases Lagonda design ingenuity. Both far shorter and lower than traditional limousines, the exceptional space efficiency that has been achieved by its radical design means there is room inside for four adults, each of two metres height or more, to stretch out in luxurious comfort.

“Lagonda has no need to occupy a huge amount of road space or make an ostentatious wealth statement,” continues Reichman. “It is like comparing Concorde to the first class cabin of a conventional airliner. By ditching traditional architecture like Parthenon grilles and massive frontal areas, and by using electrical power, Lagonda design can still be distinctive and luxurious without being grandiose. It offers its customers a thoroughly modern, emission-free form of super-luxurious mobility.” 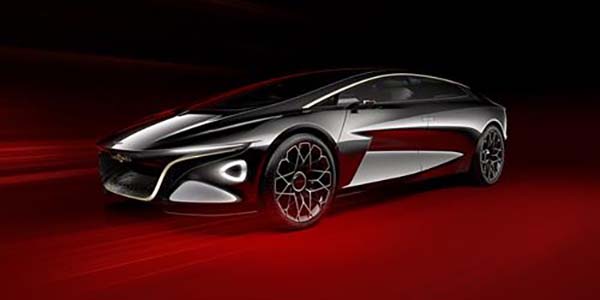 Far more than any orthodox design, the Lagonda Vision Concept was designed from the inside out because that is what the architecture allows. With no need to package a vast internal combustion engine, gearbox and transmission, Lagonda’s designers could optimise the interior down to the smallest detail and then build up the exterior of the car around it.

The Lagonda Vision Concept doesn’t have a hood because one is not required. But it still needs to travel through the air and to do so as efficiently as possible to preserve battery life, which is why its shape is so sleek and dynamic. “The shape of the Lagonda Vision Concept is the result of satisfying a number of different requirements,” says Reichman. “The need to make a bold design statement, to establish Lagonda as a company of the future and to show how technological advancement can help liberate design too. So while Aston Martin design language can be seen as organic and natural, that of Lagonda is more sculptural, shocking and challenging. It is a shape formed by the collision of invisible forces, like those made by magnetic particles in an electrical current. The secret is to understand how to connect that shock and change to beautiful surfacing.” 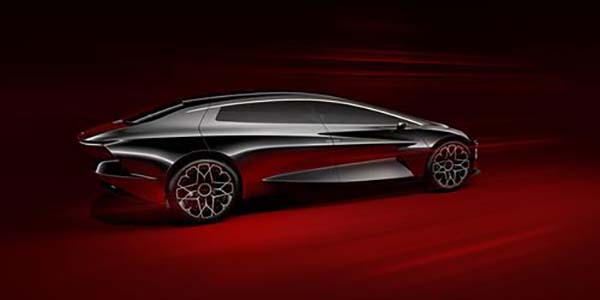 For the interior Reichman and his team took further delight in defying convention, turning to the most traditional of households for the most visionary thinking. “How do you create a cabin that is at once unlike any other, capable of achieving a new level of luxury both in look and feel while staying true to Lagonda’s forward thinking vision? For me there was only one man for the job.” The work of renowned British craftsman David Snowdon, has fascinated Reichman for years. His ability to marry materials, some very modern, others very established in ways that are never predictable held the key to the interior of the Lagonda Vision Concept.

“When we first started working with David we showed him all these ideas we’d had for marquetry and leather on the inside and he said, “Let’s use different materials, materials people won’t expect even in isolation, let alone together.” Which is why the interior of the Lagonda Vision Concept uses not only ultra modern materials like carbon fiber and ceramics but also some of the oldest and finest that of late have rarely been used in the automotive sphere, like cashmeres and silks.’ The result is a cabin that surprises, shocks and fascinates, where silk carpets and hand woven wool upholstery live in perfect harmony with carbon fiber trim and functional ceramic tiles that open and close to alter the ventilation and adjust the volume of the music. 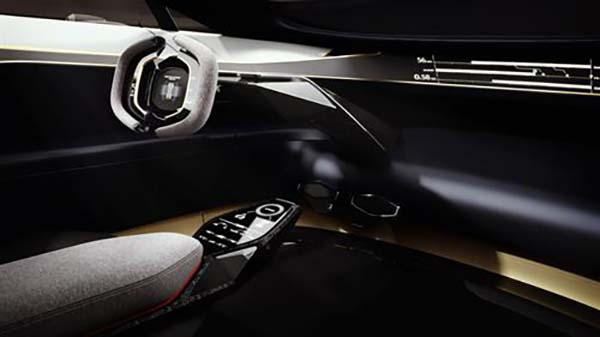 As well as working with David Linley, Marek enlisted the support of Savile Row tailors, Henry Poole for their expert knowledge in tailoring luxury materials. When the decision was made to use hand woven wool the master tailors of Henry Poole were able to assist in creating the patterns, cutting the material and the detailed finishing to ensure that a perfectly trimmed seat was achieved on the Lagonda ‘Vision Concept’.

Its design also means a new level of convenience and ease of use can be delivered. Because the majority of the car’s structural strength comes through its floor, it has been possible to use apertures in the body far larger than would be wise in conventional cars. As a result, the rear hinged back doors don’t just open outwards, the roof sections also open upwards to provide unprecedented ease of access. Occupants can therefore literally stand up inside and walk out of the car, or step straight into it. Similarly, the front seats are not mounted on conventional runners which always interfere with where those in the back would like to place their feet, but instead sit on cantilevered arms extending from the floor outside the seat frame providing a completely uncluttered floor area. And the seats are more like armchairs, with heavily bolstered arms because, given the choice people always use arms to lower and raise themselves from chairs. 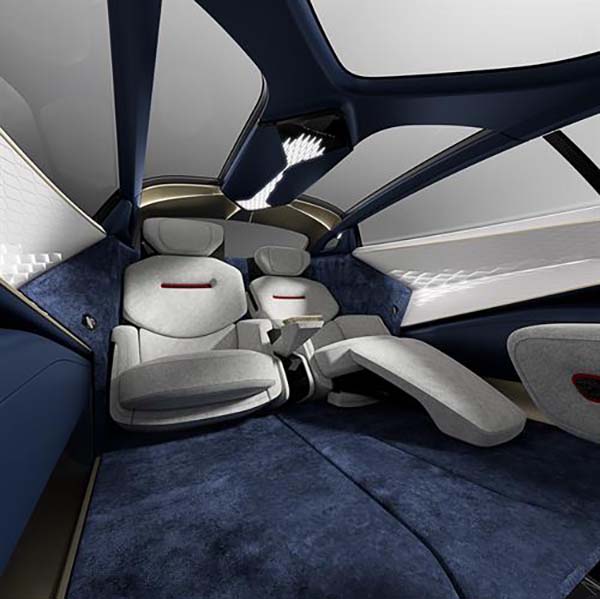 The Lagonda Vision Concept also anticipates a world with a high level of autonomy. Its design is commensurate with level four autonomous driving, meaning the car is capable of driving itself in all routine circumstances and on all recognisable roads. As a result, the steering wheel can not only move from left to right hand drive according to need, in autonomous mode it can also retract entirely allowing front seat passengers to rotate through 180 degrees to engage in face to face conversation with those in the back. In the meantime, the car will not only have 360-degree awareness of the world around it, but also be fully connected to it, allowing occupants unprecedented access to bespoke concierge services and a level of connectivity and cyber-security few enjoy in their own homes, let along their cars. 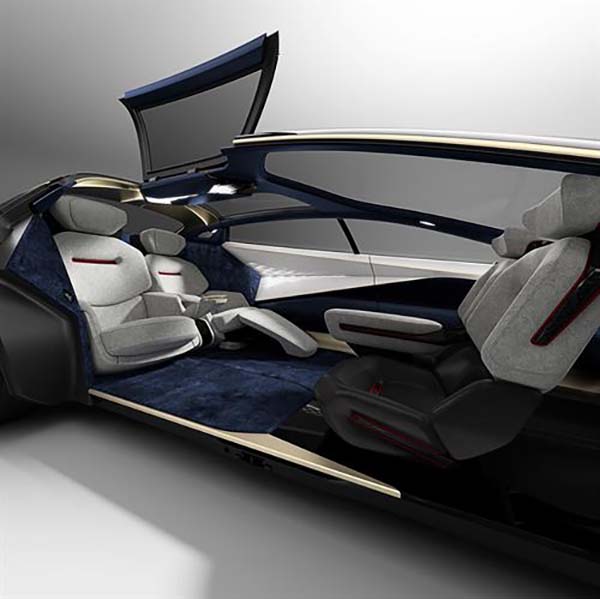 The Lagonda Vision Concept has been configured to accept powerful solid state electric batteries enabling it to cover up to 400 real world miles between charges. That’s the distance from Los Angeles to San Francisco, London to Edinburgh or Berlin to Vienna without stopping. The concept has also has been designed to be compatible with the latest wireless conductive charging technology.

The car itself makes full use of Aston Martin’s experience in multi-material bonding techniques, creating a structure that is supremely light for an all-electric luxury car, structurally stiff and incredibly space efficient. It will also make the most of its electric drive system to provide intelligent all-wheel drive, capable of delivering anything from 100 to zero percent of available torque to any given wheel according to demand. 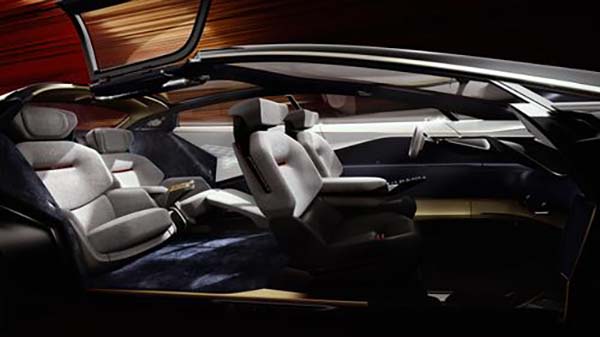 The Lagonda Vision Concept provides the first clues to the Lagonda models of the future. It embodies the vision to be a standalone marque that will break through long-standing boundaries and transform the way people perceive luxury transport. And as with the concept, this will be done through the use of cutting edge design, creating technologically radical, visually spectacular, thoroughly modern and ultra-luxurious vehicles that will overturn conventional thinking. Lagonda’s ambitions go beyond automotive, it is a luxury brand currently operating in the automotive sphere which can go anywhere and do anything that is consistent with the values of the brand.