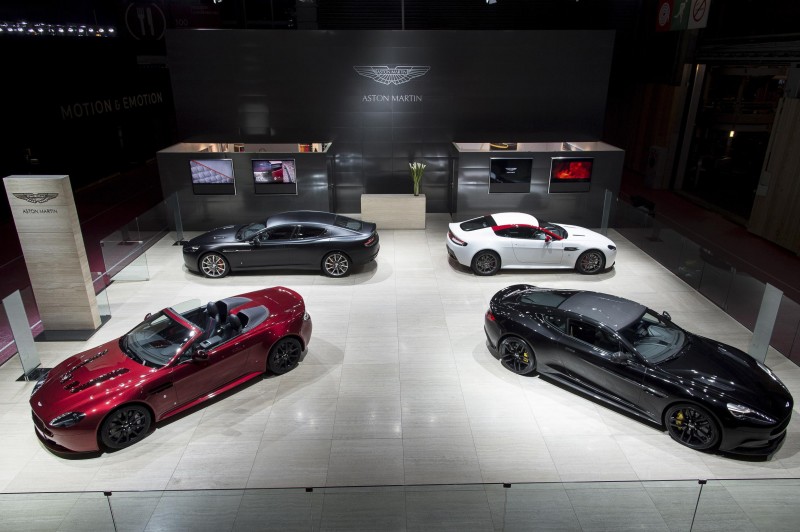 In a year that has witnessed unprecedented investment in its business, along with the appointment of new CEO Andy Palmer, Aston Martin is now turning its attention to the glamour and excitement of the Paris Motor Show which opens to the public on Saturday, 4 October.

The luxury British sports car company will be, once again, commanding attention with a European show debut for the exceptional new V12 Vantage S Roadster alongside the public unveiling of the highly desirable new Vanquish Coupe Carbon Black special edition.

Palmer began his tenure at the head of the iconic marque on Wednesday 1 October by addressing the workforce at Aston Martin’s global headquarters in Gaydon, Warwickshire before heading to Paris. He described joining Aston Martin as a decision of both the head and the heart. He said: “Aston Martin is an iconic brand with tremendous global recognition and potential. The company is at a significant point in its development. Building on our contemporary and relevant product line, we will work hard to extend the company’s global presence while preserving its British heritage and craftsmanship.”

Fresh from the global media launch of the new 15MY Vanquish and Rapide S – which have been roundly praised for their combination of breath-taking performance, head-turning style and effortless luxury – Aston Martin arrives in Paris with a show stand that’s sure to be a favourite among the expected 1.2 million-plus visitors to the event who will make it the world’s largest tier one motor show by attendance.

The car on show in Paris showcases not only these exceptional engineering achievements, but also a number of bespoke styling additions by the brand’s blossoming personalisation programme: Q by Aston Martin. 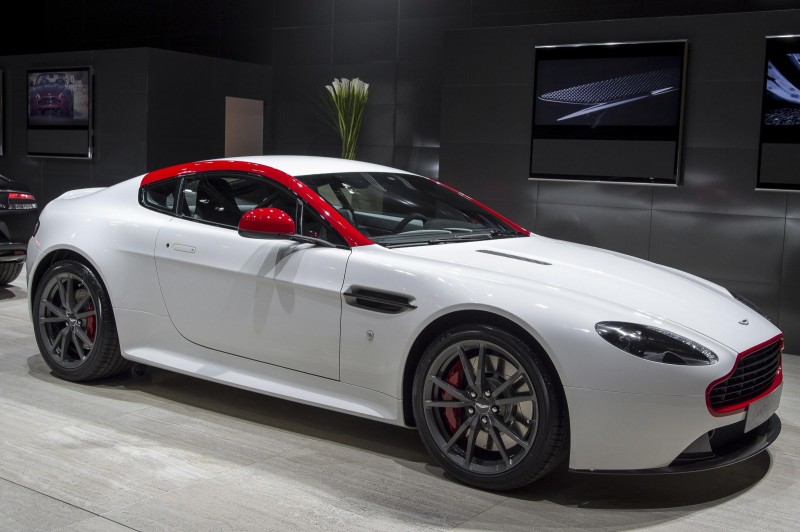 Striking new features available as standard for both Carbon Black and Carbon White editions include black window surrounds and ten-spoke gloss black non diamond turned alloy wheels. Inside, the theme continues with a choice of accent colours and materials that showcase a combination of standard carbon fibre features and black hardware.

The arrival of new cars such as the V12 Vantage S Roadster, special edition models and 15MY Vanquish and Rapide S comes as the £500m product investment programme announced earlier in the year – Aston Martin’s largest new car development spend in its 101-year history – gets into its stride.

Welcoming the bold showing in the French capital Aston Martin CEO Andy Palmer added: “A busy show stand at Paris typifies the strength and optimism to be found throughout the Aston Martin business worldwide.

“The news of major investment, key technical alliances, new sports cars and the growing desire for more Q by Aston Martin personalisation gives everyone associated with the great British brand both deep pride in the present and real confidence for the future.” 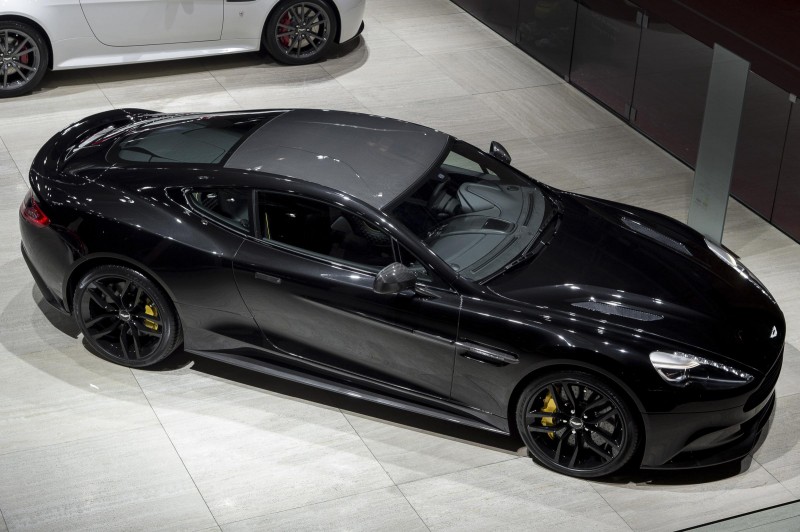