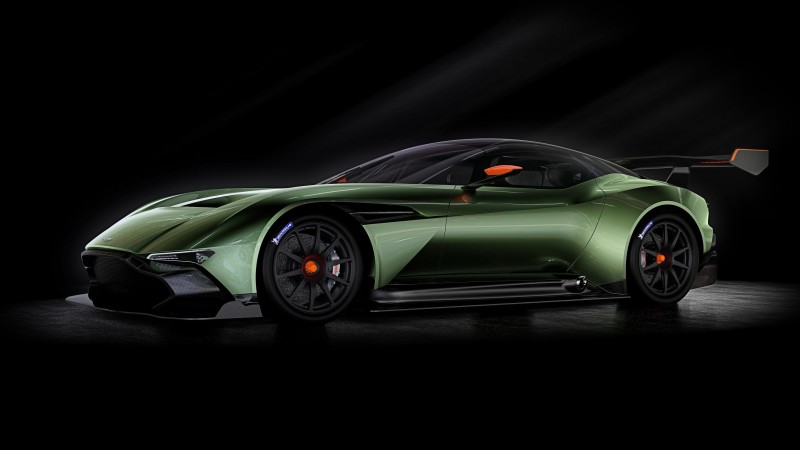 The Aston-Martin Vulcan is one of the most anticipated cars of the year, and much of the community can’t wait for its debut at the Geneva Motor Show in March. Now we’ve been given a special treat, with the English sports car manufacturer leaking the first pictures of the car via their media office just hours ago.

Despite rumors that the car would make use of Mercedes-AMG power, owing to Aston-Martin’s growing partnership with Daimler AG, the Vulcan makes use of Aston-Martin’s naturally aspirated 7.0 liter V12. Since production will be strictly limited to 24 units, the decision likely comes in order to sate the desires of the brand’s purists. To some, nothing is sweeter than a monstrous English V12 that gulps air naturally.

The front-mounted 7.0 liter V12 puts out 800 peak horsepower and a yet unspecified torque figure. The power-plant was developed and tuned in partnership with Aston-Martin Racing, confirming the Vulcan’s identity as a vehicle that represents the paragon of pure performance. In fact, the car has a power to weight ratio that far outdoes even the brand’s WEC GTE class racecars.

With its full reveal scheduled for the beginning of next month at the Geneva Motor Show, the Vulcan promises to take the Aston-Martin brand to the next level in the supercar arena, while staying true to the English brand’s tradition and ethos. While pricing hasn’t been released yet, expect this car to cost several million, with all 24 specimens likely already sold out. We’re just hoping it comes available in some colors other than the one shown here. 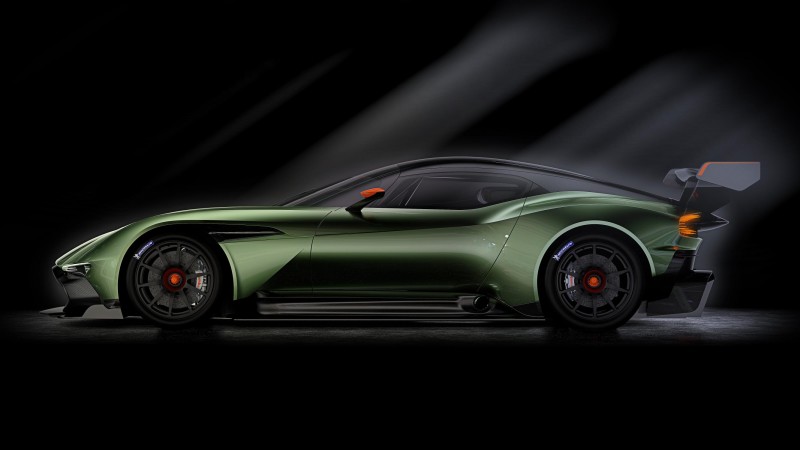