Audi of America has announced that the debut of the powerful 2015 R8 competition will be at the upcoming 2014 Los Angeles Auto Show. The R8 competition redefines the iconic R8 as the pinnacle of Audi performance with 570 hp and racing-inspired, lightweight matte carbon elements. 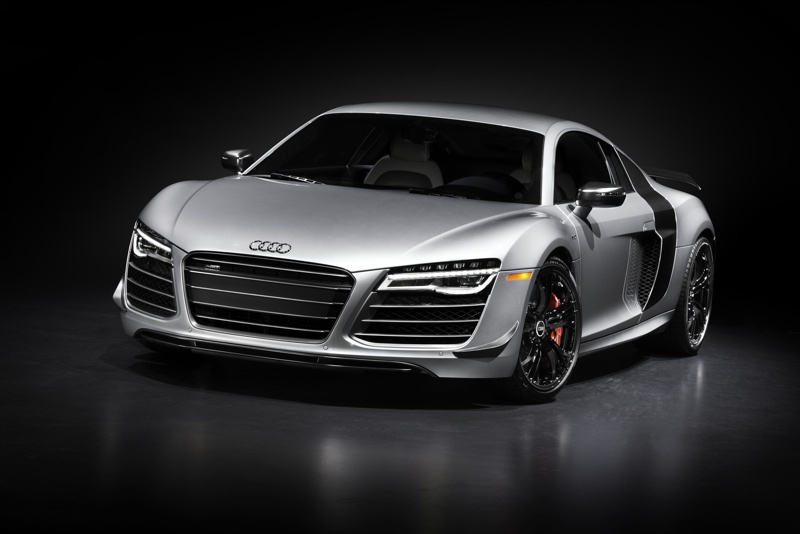 The high-performance R8 competition features a 570hp 5.2L V10 mated exclusively to a seven-speed S tronic and a sport exhaust system with black high-gloss tailpipes. This combination results in a 0-60 mph time of 3.2 seconds and a top speed of 199 mph, making it the fastest R8 ever offered.

The R8 competition is engineered to push the limits, sharing the same naturally aspirated V10 FSI engine as the Audi R8 LMS race car which has won Daytona and Nuerburgring 24 hour races as well as all other major GT races around the globe. The award-winning GT-engine represents the pinnacle of durability, requiring its first major service after approximately 13,000 miles under race conditions or approximately one full race season. Competitor engines require a major service after one 24 hour race.

Further enhancing the unmistakable Audi R8 competition design are striking matte carbon exterior elements consisting of a fixed rear spoiler, engine bay, mirror housings, flics, side blades, front spoiler and rear diffusor. The combination of the carbon elements lower the weight of the R8 competition and also provide greater downforce. Gloss black wheels with 305 cross-section rear tires and ceramic brakes with anodized red brake calipers provide a stunning contrast to the matte carbon fiber elements. Inside, drivers will find a matte carbon fiber treatment including the center console and illuminated “R8 competition” door sill inlays. The R8 competition is an Audi exclusive line vehicle, which allows the driver to pair a variety of interior and exterior colors and choose from a selection of wheel finishes for a striking look designed to meet driver needs and tastes. 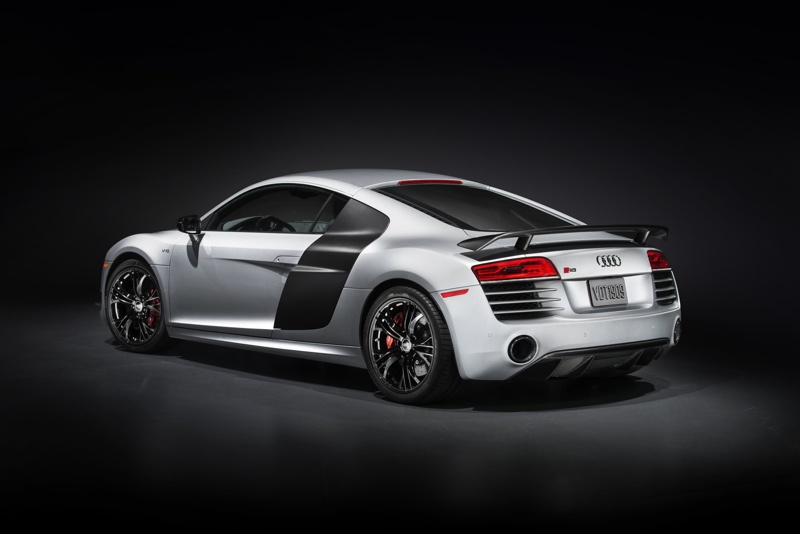 A total of 60 units will be produced at the R8 production facility in Neckarsulm, Germany. Customers can begin ordering the Audi R8 competition as of early November with deliveries expected at the beginning of 2015.

In order to celebrate the R8 and the limited-edition R8 competition, blipshift is hosting a t-shirt design competition. The winning design will be announced on November 19th – the same day as the LA auto show reveal of the Audi R8 competition.

A note from blipshift:
What would make a great tee honoring the Audi R8? Anything goes: the style, the performance, the racing, the technology… whether there’s an R8 LMS poster on your wall or an R8 Spyder in your driveway, consider what drives your passion. Now describe, sketch or design your ultimate R8 tee. Is drawing stick figures the limit to your artistic ability? No worries, just describe your idea in detail on the entry form or scribble/doodle your thoughts on paper and snap a pic and upload that. If the judges like your idea, blipshift will use their artist network to help turn your idea into a shirt-worthy design. Are you a designer? Awesome, share your favorite work!

Once you have your design or idea, upload it via the contest tab on blipshift’s facebook page or snap a pic of your idea or design to post it to Twitter or Instagram with the hashtag #GR8AudiTee and you’ll be entered for a chance to win. Share your entry and get your friends to vote for your design. While judges from Audi and blipshift will determine the winner — not votes — the top two vote-getters will each win a $100 blipshift gift card.