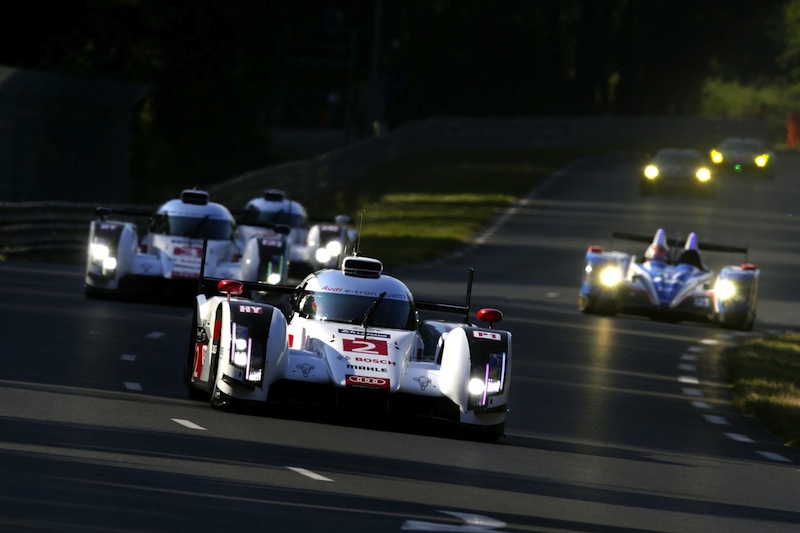 Many car manufacturers attempt to win 24 hour motor races for years without success, but Audi has recently celebrated not only one win, or even two, but three victories in the same year – for a second time!

Having scored a 13th Le Mans 24 Hour race victory with the hybrid diesel Audi R18 e-tron quattro, Audi has gone on to win the prestigious Nürburgring and Spa 24 Hour races with the Audi R8 LMS ultra GT3 sportscar this summer.

At Le Mans in June, Audi’s victorious hybrid sportscar used 22% less fuel per 100 kilometres than the winning 2013 R18 e-tron quattro. Since the TDI era began in racing in 2006 – when Audi became the first manufacturer to win at Le Mans with a diesel-engined sportscar – there has been a 38% reduction in fuel consumption.

In 2014, Audi also celebrates 25 years of TDI technology in its road cars. At the 1989 Frankfurt Auto Show, Audi presented its groundbreaking 100 TDI, the first ever direct injection turbo diesel with fully electronic management. Since then, Audi has continually increased its pioneering lead in the field of diesel development, and the latest ‘ultra’ models champion efficiency in the A4, A5, A6 and newly revised A7 Sportback model ranges with a raft of frugality-focused engines that all comply with stringent EU6 emissions standards.

Up to 67.3mpg is achievable on a combined cycle in A4 and A5 TDI ultra versions, corresponding to CO2 output as low as 109g/km. Despite impressive thrift, performance is very much business as usual – 0-62mph is accounted for in 8.3 seconds in the 163PS A4 Saloon and A5 Coupe on the way to a 140mph top speed.

In the executive class, A6 Saloon and Avant models featuring the particularly frugal 64.2mpg 190PS TDI ultra unit can be ordered in any specification without restriction, from SE up to the extensively equipped Black Edition.

After LED headlights with matrix beam technology had made their way from the Audi R18 e-tron quattro into production cars a year ago, the new Audi laser light was the most recent innovation to be tested at Le Mans and is now initially available to customers as standard in a limited edition model – the new Audi R8 LMX. Notable as the fastest ever road-going R8, the 570PS V10 super sports car blasts past 62mph in just 3.4 seconds and on to a 198mph top speed.

With 13 victories in 16 events Audi has increased its Le Mans success rate to 81.25%. No other car manufacturer in the history of the race that has been held since 1923 has clinched such a large number of winners’ trophies in such a short time. With also a second place at Le Mans, Audi has now achieved a staggering 31 top-three finishes in the twice-around-the-clock French race since its 1999 debut. 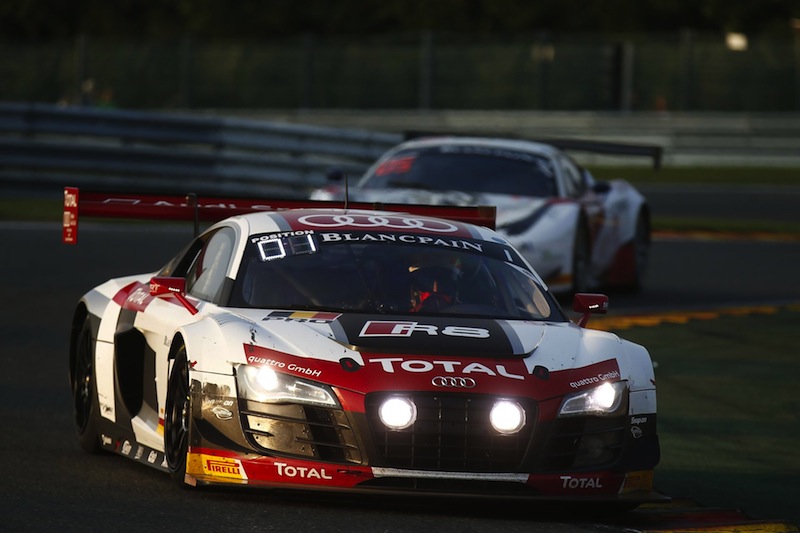 Just one week after Le Mans, an R8 LMS ultra set a new distance record in the Nürburgring 24 Hours around the infamous 15.16-mile Nordschleife, otherwise known as the “Green Hell”. For the first time ever, the winning car covered more than 2,500-miles – the victorious Audi sportscar completing exactly 2,507.3-miles in the German race. A further two of the V10 mid-engined GT3 class sportscars were placed in the top-10.

More recently, the German manufacturer repeated its 2012 domination of winning the three main 24 hour motor races in Europe when an Audi won the Spa 24 Hours in Belgium. In a battle involving 11 marques and 60 participants, the R8 LMS ultra prevailed for the third time in four years in the classic race in the Ardennes that celebrated its 90th anniversary this year. A further two Audi sportscars finished inside the top-four.

Romolo Liebchen, the Head of Audi Sport customer racing, commented: “We can definitely think of a few more goals. We aim to sustain our status as a successful brand in the future because the competition is fierce.

“Furthermore, the finale of the Blancpain Endurance Series, which we are now leading, comes up later this month. In addition, there are a number of Audi drivers continuing to battle for further titles around the world.

“And, last but not least, there’s a special event in November. In Macau, we’ve celebrated three victories to date. Naturally, we’d like to decide the Macau GT Cup in our favour again this year.”

In addition to Audi bidding for further worldwide success with the R8 LMS for the remainder of this year, a third consecutive FIA World Endurance Championship (WEC) “crown” for Driver’s and Manufacturer’s is being targeted. The next WEC race is at the Circuit Of The Americas in Texas next month (20 Sep).