An upcoming limited edition of the Audi R8, entitled the LMX, will be the first supercar to light the roads with laser technology. 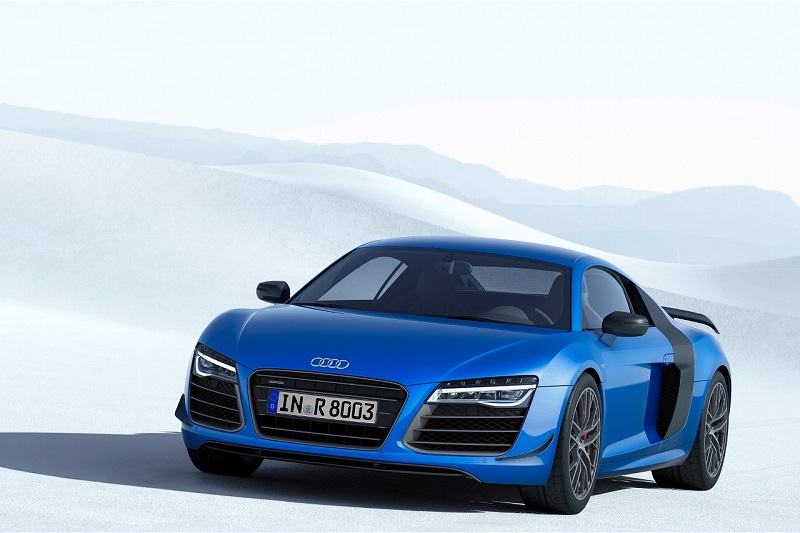 The latest edition of the Audi R8 comes equipped with something no other car has been shipped with to date- laser headlights. The LMX will be a limited edition production run coming later this year, and only 99 units will be produced.

The new laser technology employs laser high beam lights, coupled with standard LED low beams. Laser diode modules can output much greater intensity than standard LEDs, producing around twice the magnitude of light. Laser assisted high beams automatically switch on at speeds greater than 37.3 mph, which will drastically increase the driver’s visibility, as well as the range of lighting. A potential problem may arise if laser high beams point towards another vehicle, as there exists the possibility of drivers being blinded. This caveat is rectified with a special camera sensor, which will scan for oncoming traffic and divert or dull the high beam lights accordingly in such an instance. Audi gave no comment, however, as to the reliability of the sensor, nor as to what would happen if the sensor were obstructed or otherwise damaged.

In addition to the new light scheme, which has gotten everyone talking, the R8 LMX will pack a powerful punch. Audi’s 5.2 liter V10 will see an upgrade to 562 horsepower. A restyled and more efficient rear-wing, reinforced side blades, and an improved diffuser will bring the car’s aerodynamics to a level unparalleled by previous versions of the model. The car will come standard with a seven speed dual-clutch transmission, and it will only be available in the Ara Blue color pictured.

The emergence of laser headlights beckons a whole new era in lighting. Though the idea has been teased numerous times in concepts, the LMX represents the first real application of the technology. BMW’s i8 sports car will employ similar technology, but the LMX precedes this model by several months. Depending upon how laser headlight technology works out in the real world, we’ll no doubt see it employed more and more often on luxury and performance vehicles. It may take some time, however, as much of the automotive world is still quite comfortable on LED technology.  In other word’s, don’t expect Honda Accords to come equipped with lasers anytime soon.