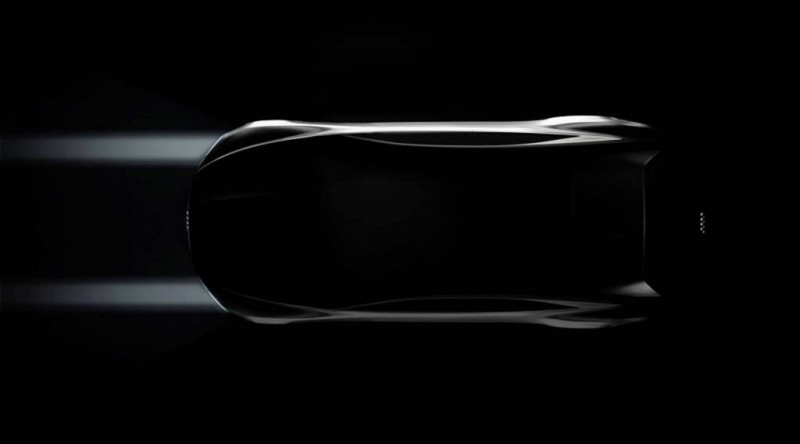 Audi announced a while back that they were going to debut a new model/concept, to slot above the A8, at the Los Angeles Auto Show later this fall. Many have been speculating for quite some time now as to what the model would look like and what it would be called. Most have settled on the name ‘A9,’ and that makes sense, but it isn’t a definite. Recently, Auto&Design released this teaser image from Audi that shows the new car from above.

A new flagship model, slotting above the A8, would make sense for Audi, but it would also most certainly only fill what is a limited market segment. With news that Mercedes is also getting into this game by reviving the Pullman name for an enhanced S-Class, the news of an ‘A9’ is not surprising. Of course, Audi doesn’t want to go so far up the ladder that they encroach on fellow VW brand, Bentley.

The car will share a platform with the next generation A8(2016), based on  the MLB EVo platform. While it may not be a definite that a such a car will go into production, it seems likely, given the recent murmurings from Audi. Expect the ‘A9’ to arrive around 2017, if at all.

While we don’t have any information regarding the technical aspects of the new car, it’s always fun to ruminate engine options, even though this is a few years out. A variant of the 6.3 liter W12 is most likely on the table, but any number of other engine options could also be in the cards.

What do you think? Drop us a comment below on your thoughts.